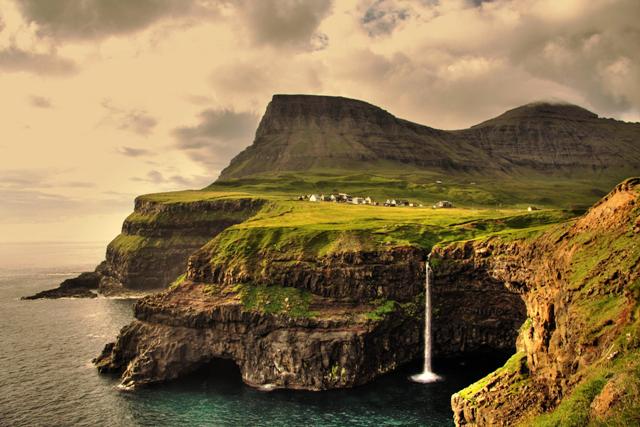 An important part of ISIS’s rise to power was its use of social media tools to distribute propaganda and recruit new members. The group’s well-documented social media skills attracted tens of thousands of foreign fighters to join their fight.

What hasn’t been covered in the MSM is that in May, ISIS banned its fighters from using social media. It threatens those who disobey with punishment. The very useful Combatting Terrorism Center at the US Military Academy covers the story about why ISIS is going this route in its article “The Islamic State’s Internal Rifts and Social Media Ban”:

…the group has issued an official ban on social media for all of its soldiers. In a document (see below) produced by the Islamic State’s Delegated Committee a few weeks ago and disseminated via Islamic State distribution channels more recently, the group’s order to all of its soldiers stated: “effective from the date of this notification, using social networking sites is entirely and completely forbidden. Whoever violates this exposes himself to questioning and accountability.” The order was published by the group in both Arabic and English.

The ban emphasizes the security reasons for staying off social media. More from the CTC:

There are several documented cases in which Islamic State soldiers have jeopardized the operational security of the group. In one infamous case two years ago in June 2015, an Islamic State foot-soldier posted a selfie in front of his headquarters building. The social media post, complete with geolocation data, enabled U.S. intelligence officials to quickly target and destroy the facility in an airstrike.

Apparently, the problems with social media are not restricted to giving away locations. The CTC report says that there has been much dissension in the ranks among ISIS followers, some of which may have been sown by current al-Qaeda leader Ayman al-Zawahiri and other ISIS competitors. The idea was to create doubt about the group online on Twitter and Telegram. It entailed a two-phase approach, initially sparking an online debate about the authenticity and reliability of ISIS’s media ministry, and it’s very popular magazine, and then challenging the authority of the top leadership of the Islamic State.

With ISIS now gone from Twitter, it will be more difficult for our cyber warriors to wage messaging warfare against them. Who knows, we may even have been involved in al-Qaeda’s little game as well.

We are deeply involved in the region. As we wrote here, our “Special Operators” are everywhere, and we are having success in the wars of attrition in Mosul and in Raqqa. Al Jazeera reports that:

A US-backed Syrian coalition of Kurdish and Arab groups has captured a western district of Raqqa, the de-facto capital of the Islamic State of Iraq and Levant (ISIL) group.

The WaPo reports that Secretary of Defense Jim Mattis spoke about the US military’s future operations against ISIS in the Euphrates River Valley as Raqqa falls, saying that it will take “precision” to stave off incidents between the disparate forces operating there:

You have to play this thing very carefully…The closer we get, the more complex it gets.

So, ISIS is on radio silence with Twitter and Facebook, and they could lose Raqqa sometime this summer.

Trump will claim victory for defeating ISIS, but that will not be true. It will be because of the air-strikes started by Obama, along with arming of the Kurds (on Trump’s watch) that contribute most from our side, along with what Russia and Iran have contributed from the western part of Syria, that will be responsible for ISIS’s military defeat at Raqqa.

We should also understand that their defeat may well be temporary. ISIS will lick its wounds, and come back, most likely morphed into a guerilla force. And that will occur sooner rather than later.

Al-Qaeda will become an even bigger threat in Syria than it is today. While ISIS reorganizes and Al Qaeda rises, there will be more revenge attacks in Europe and probably in the US by the lone wolves they inspire.

Some music: Geri Allen, an influential jazz pianist and composer died earlier this week at age 60. Here she is at the height of her powers with the Geri Allen trio in 1998 in Leverkusen, Germany, playing “Dark Prince”: