Friday brought Robert Mueller’s indictment of 13 Russians for “information warfare against the United States of America“. The best part was that the special counsel’s work was totally under the radar, and there were zero leaks.

And thus far, nobody on the right is claiming Mueller’s indictments are “fake news”.

One interesting takeaway was that Russian cells were formed to establish phony Facebook, Twitter and other accounts that pushed divisive politics in the US. We already knew this, but we didn’t know specifics: At one point, a supposed Islamophobic group protested outside a Texas mosque, and it was met by a pro-Muslim counter-demonstration. Both demonstrations were called for by fake Russian sites. These sites eventually had hundreds of thousands of followers. They spread false memes, including that Clinton supported Sharia law.

Russian sites that were disguised as a part of the Black Lives Matter movement argued that African-Americans should not vote. While it is impossible to show cause and effect, Clinton underperformed with Black voters.

The jury is still out on the extent of Russian influence, and we may never know if it mattered. Still, it is way past time for the Democratic Party to own up to its own failures, rather than continually blaming the Russians, Bernie Sanders, the Green Party, or the deplorables.

After Mueller indictments, Trump and friends now have some ‘splaining to do: 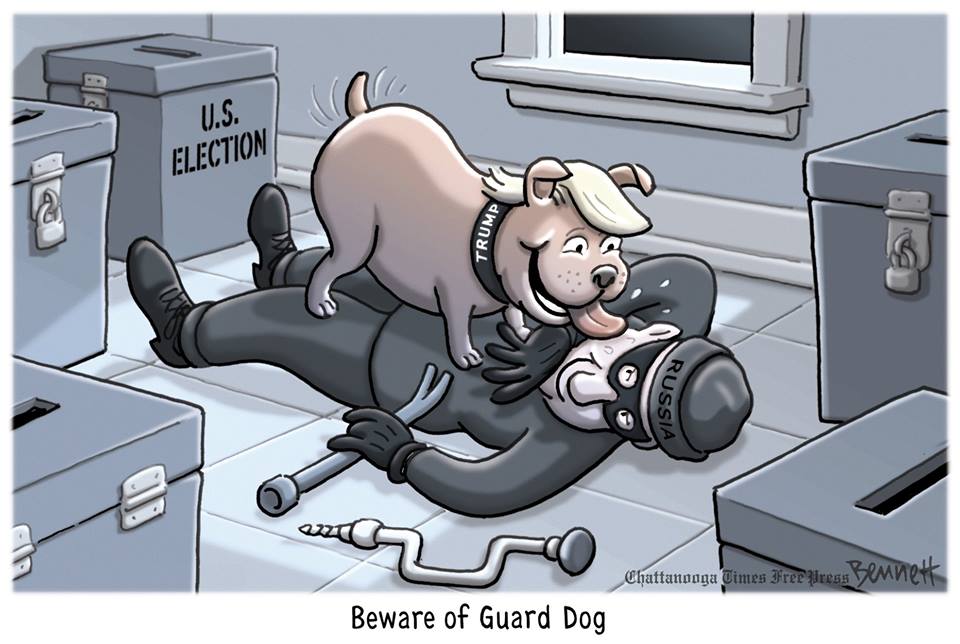 Mitch, Paul and the rest of the GOP think they have zero responsibility for gun violence: 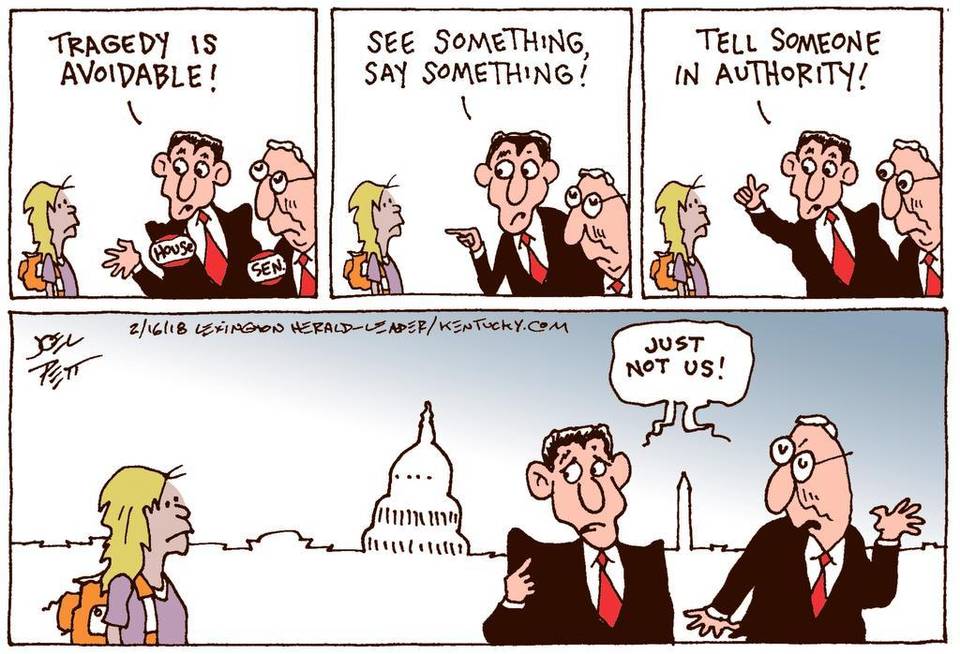 The issue is always the guns: 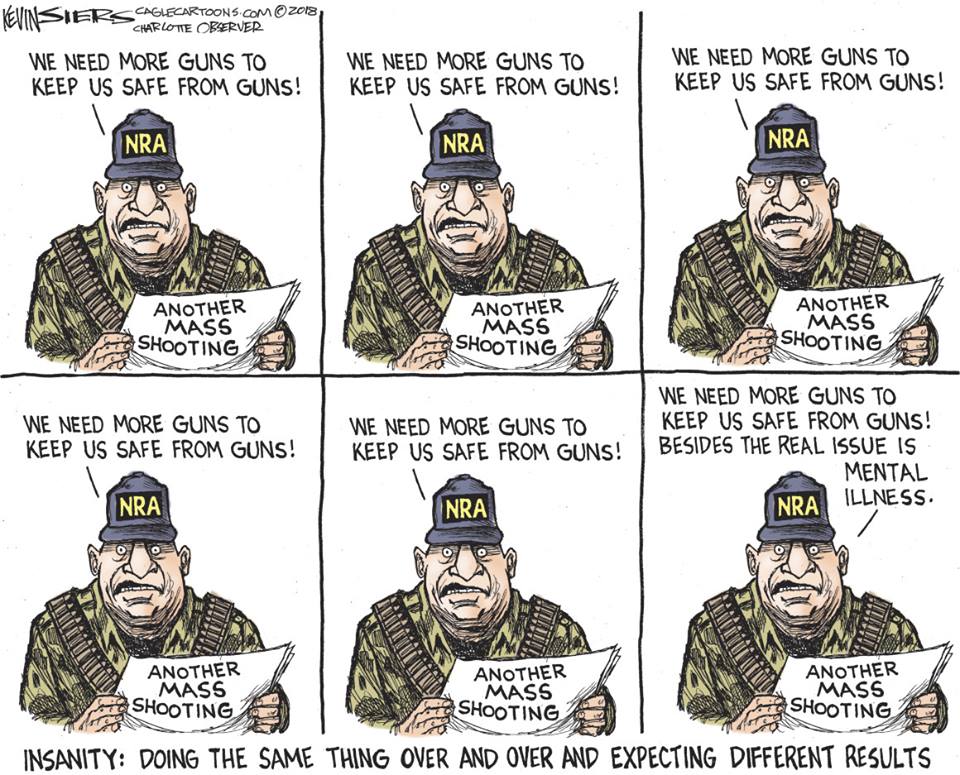 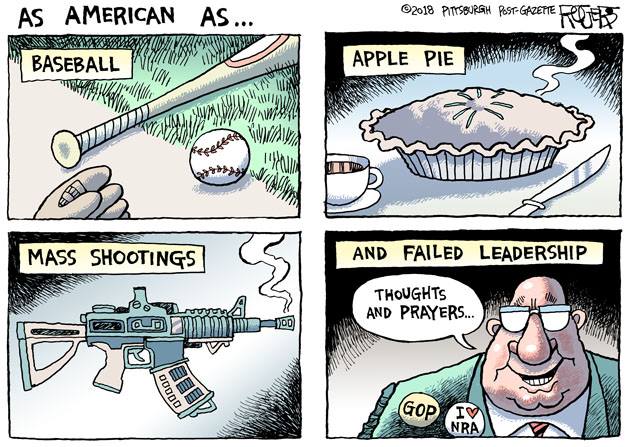 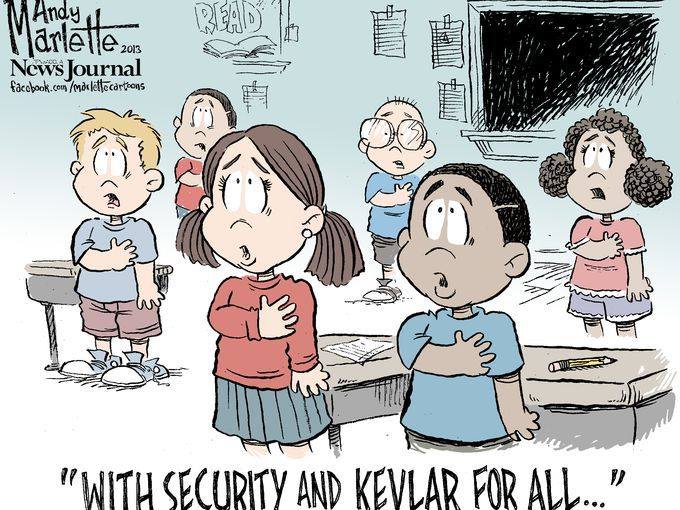 Blockbuster Black Panther movie may help beyond entertaining us: 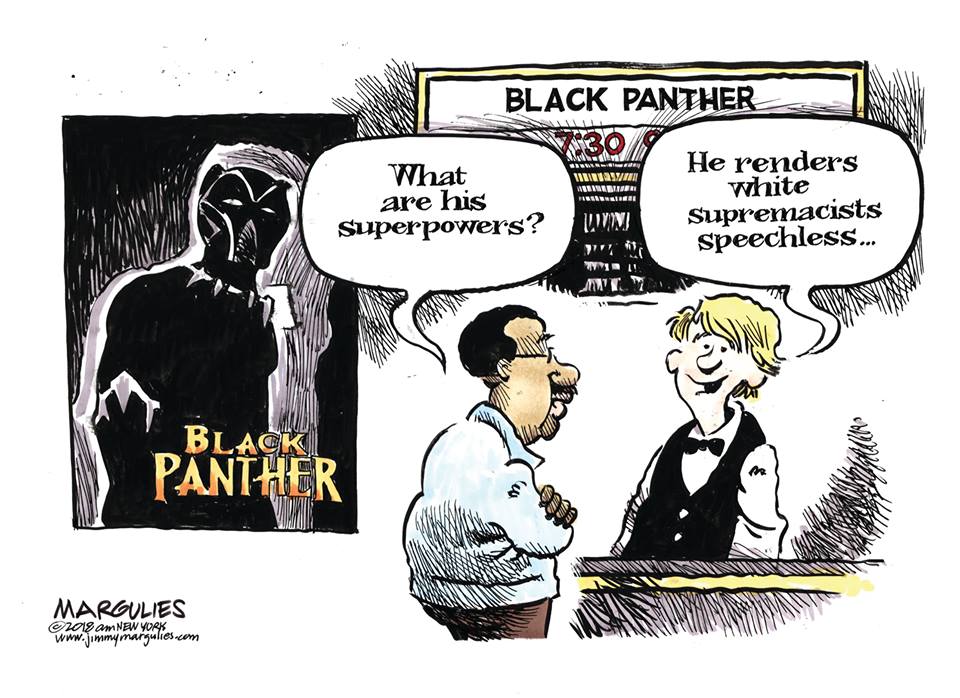