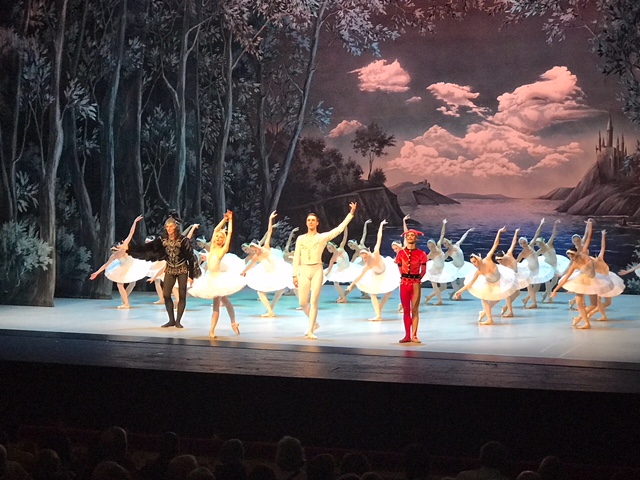 Swan Lake, by Tchaikovsky, performed on September 26, 2018 at the Alexandrinsky Theater, St.Petersburg – iPhone photo by Wrongo. Russians didn’t like the original ending of the ballet, where Sigfried and Odette die, so in their preferred performance, Sigfried and Odette live happily ever after.

A few random thoughts about the US and Russia: We often forget that all countries have their own history, all of which is ongoing in parallel to our own:

Below is a photo of the Obukhov State Plant in St. Petersburg. It makes surface-to-air (SAM) missile systems, including the world-famous Russian S-300 and S-400 air defense systems that are employed around the world including in Syria and India. The S400 system will soon be in the hands of our somewhat belligerent ally, Turkey. Wrongo was told that it is currently subject to the US sanctions regime, although he couldn’t immediately find it on the US Treasury’s sanctions list. Here is Wrongo’s iPhone photo of the missile plant: 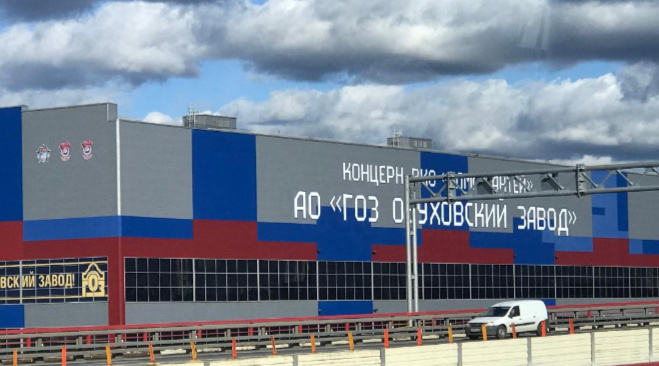 Why does the US place sanctions on a state-owned arms manufacturer in Russia? Russia is #2 to the US in global arms sales, and we can be sure that if Russia sanctioned Honeywell or Northrup, we would be screaming that they had no right to interfere in our commercial relations with other countries.

Next, everyone knows that the legendary Hermitage, formerly the Winter Palace, has an amazing art collection. The collection was started by Catherine the Great in 1764, when she purchased 255 paintings from the city of Berlin. Today, the Hermitage houses over a million works of art. It is a truly remarkable museum to visit. 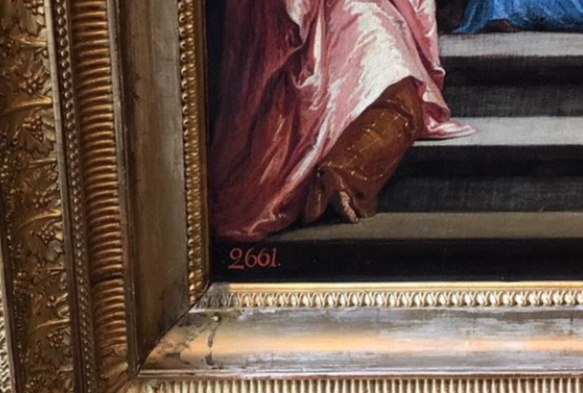 Is this desecration of an art work by an overzealous Bolshevik accountant? Did the powers that be eventually discover the error of their ways? Most likely yes, because only relatively few paintings from the 15 and 16th century were marked, but all seemed to be in the same script. Wrongo asked several people if the red numbers interfered with their enjoyment of the painting, and none said it did, but it sure did piss off Wrongo.

Perhaps it’s simply a different way of looking at things. Like how each country views the Syrian president: is he a tyrant, or the savior of his people?

Of course, each country has an easy-to-criticize bureaucracy. Ours wouldn’t paint numbers on oil paintings, but it will happily perform other desecrations without being asked.

Geopolitically, we have voluntarily placed ourselves in a competition with the Russian state. We have been directly competing since the 1940’s, and it hasn’t delivered either side a more secure homeland, or world.

Instead, it has positioned us on opposite sides in many third world countries. It has made our defense contractors very rich, while causing the deaths of many young people in America’s military.

Wake Up! It’s way past time for both countries to re-think this competition.