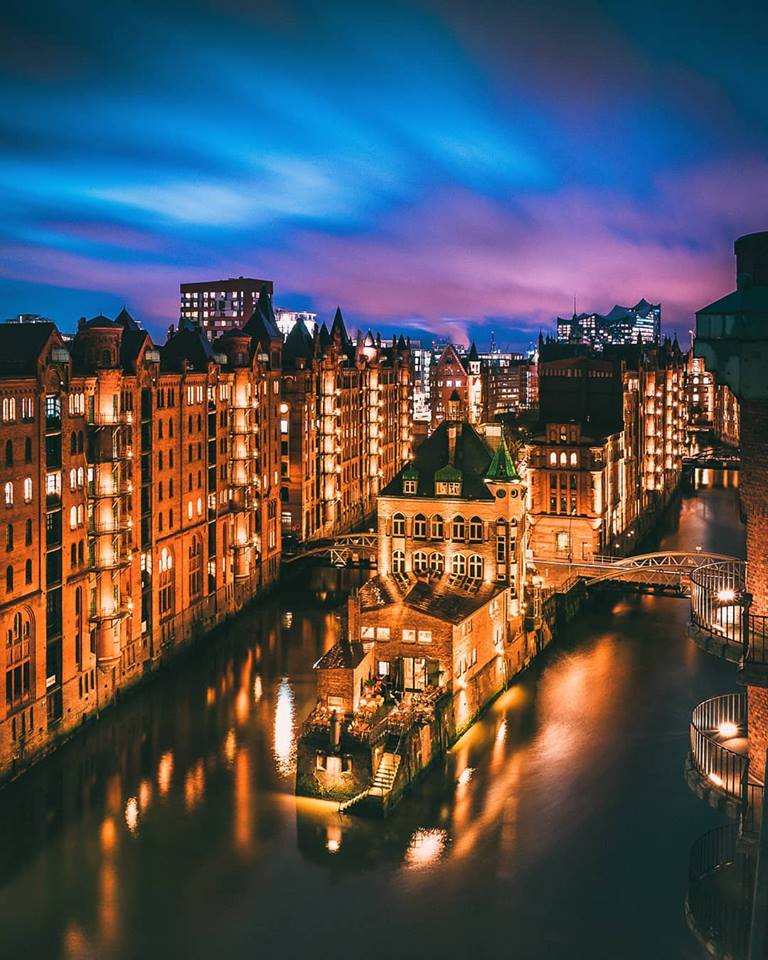 The Spricherstadt at dusk, Hamburg, Germany. It’s the largest warehouse district in the world. Its buildings still stand on timber-pile foundations – 2018 photo by brotherside

In honor of the Kavanaugh hearings, here’s a list of words, terms, and phrases which should trigger at least a healthy dose of skepticism whenever you hear them said in public.

Much like the answers we are getting from the current Supreme Court nominee, the following words are most often part of a polished, rehearsed patter used by politicians and lobbyists. Wrongo publishes this list as a public service:

“Think outside the box” — this term is often used when there isn’t a solution to the problem at hand, except by spending more money, which politicians have no interest in doing. It shows that the speaker has given no thought to the issue. It is often used at TED talks by people trying to fake originality.

“Bootstrapping” — implies that all human economic problems can be solved by sufficient individual effort.

“Modernize”— often used to extract further funding for a beloved government project, or to encourage privatization, when no more money can be found. For example, “Our air fleet is very old, it must be modernized, so let’s invest in the F-35.” Or, “We’d like to build new prisons, but where would the money come from?” Answered by “I’ve got it, let’s privatize!”

“Innovation” — the Holy Grail buzzword for neoliberals: “We must innovate, or die”. The use of the term often discounts existing effective methods that work just fine. For instance, the internet-enabled thermostat, and the light bulb apps used in the internet of things. What makes them so great? And they haven’t gotten to the best part yet, where the company stops providing software updates to the light bulb/thermostat so that you have to buy the new one.

“Reform”— what politicians say we must do, whenever they disagree with a current policy or law.

“New ideas”— usually used by politicians to discredit a concept they dislike. For example, Nancy Pelosi will say that she “is open to looking at new ideas, such as single payer.” Sadly, single payer isn’t a new idea. It’s been implemented successfully by many other countries for decades.

“Civility” — means the other side is mean, and we’re not. George W. Bush giving a candy to Michelle Obama at the “Can McCain rise from the dead?” party in the National Cathedral was a trivial example of civility.

“Streamline” — means to weaken federal regulations that used to protect and benefit most Americans on behalf of major corporations.

“Overhaul” — is streamline’s nasty brother.  Overhaul means that the politicians will definitely try to cut your benefits.  “Streamline” is used when they want to sugarcoat their plan.

“Enabling growth” — is used when politicians want to give more taxpayer money to the “job creators”.

“Free Market” — means we must boost productivity at all costs. We’ve got to get more growth, so its time you agreed to work for less.

“Bring stability to…” — Iraq, Afghanistan, and Iran. We say this whenever we want to intervene to destabilize an existing government. You may ask: stability of what? And for whom?

“Food insecurity” — is the sanitized way politicians say people are desperately hungry. Or possibly, malnourished, and/or suffering from diseases related to poor nutrition, or possibly just slowly starving to death.

“Skin in the game” — means the government isn’t giving you all the money needed for the project. Don’t confuse it with “Kin in the game”, Trump’s heartfelt desire about White House staffing.

“Disrupt” — let’s forget about doing things the way we’ve always done them. Let’s use the internet to deal directly with the end users, disintermediating existing companies and their workers.

“Leverage” used as a verb — often substituted for the much simpler, more concise word “use” by people who think they sound smart in staff meetings.

“Proactive”, “Perimeter”, and “Paradigm” — are simply used to sound important.

“Hypothetical” — an idea or question that I don’t want to address. See below.

Kavanaugh’s weasel word of the day on Wednesday was hypothetical. Regarding whether Trump can pardon himself:

The question of self-pardons is something I’ve never analyzed… It’s a hypothetical question that I can’t begin to answer in this context. http://bit.ly/2MLPT3b

Can a sitting president be required to respond to a subpoena?

Kavanaugh calls it a “hypothetical”. Nothing hypothetical about that at all. By not saying yes, Kavanaugh means the answer is “no”.

The Dems can’t stop Kavanaugh’s joining the Supreme Court. But they need to mobilize midterm voters around his nomination, and all that it represents.