Some harsh news from California for Kamala Harris this week. The LA Times quotes findings from a UC Berkeley Institute of Governmental Studies poll, commissioned by The Times. It has bad news for some Democratic presidential contenders, starting with Sen. Harris.

The poll shows Biden leading the race. He has support from 22% of likely Democratic primary voters. That is well below his average in most national surveys. Warren and Sanders followed close behind, with 18% and 17% respectively.

Harris is in fourth place at 13%, and Pete Buttigieg is fifth at 10%. No other candidate topped 3%, and many received less than half a point of support.

This is important because California is Harris’s home state. Candidates in California’s primary can only gain delegates by winning at least 15% of the vote. California also has the largest haul of delegates in the Democratic nomination fight, and they’ve moved their contest from the end, to the beginning of the primary season, making it truly important for the first time.

Harris is counting on a California win to propel her into the top tier. On the other hand, not a lot separates the top five, so it is possible that she can still get back into the mix. On to cartoons. 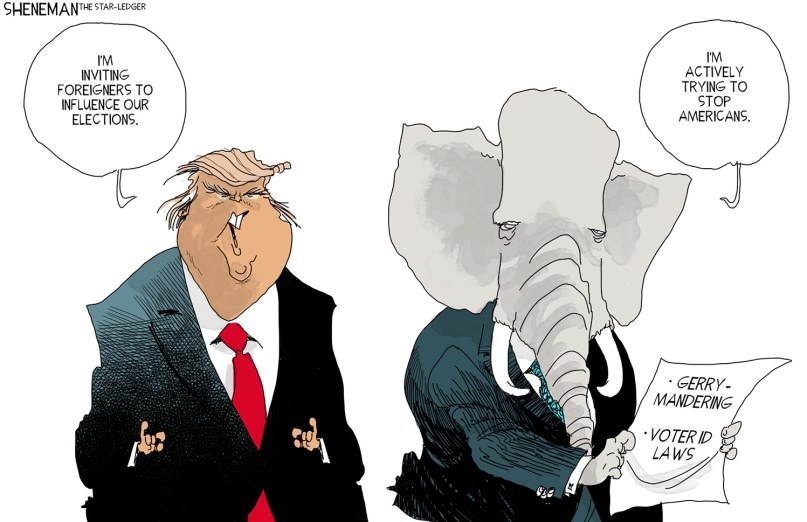 For DT, the FBI’s evidence IS his plan: 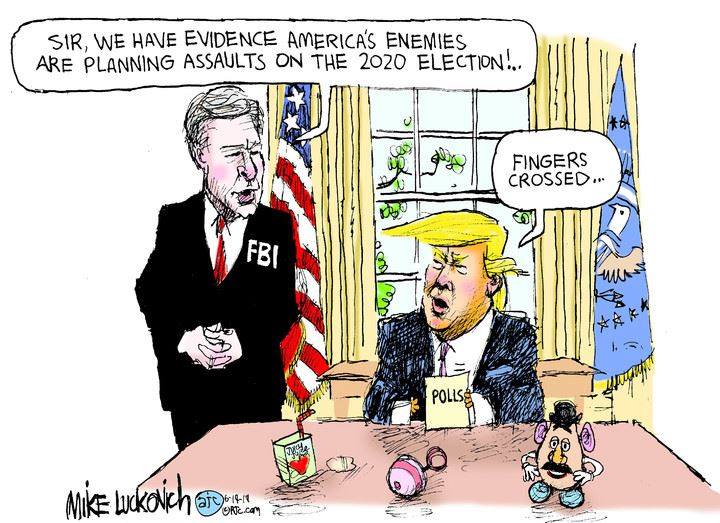 Accountability works only one way:

Sanders steps (way) down, but does hell have a bottom? 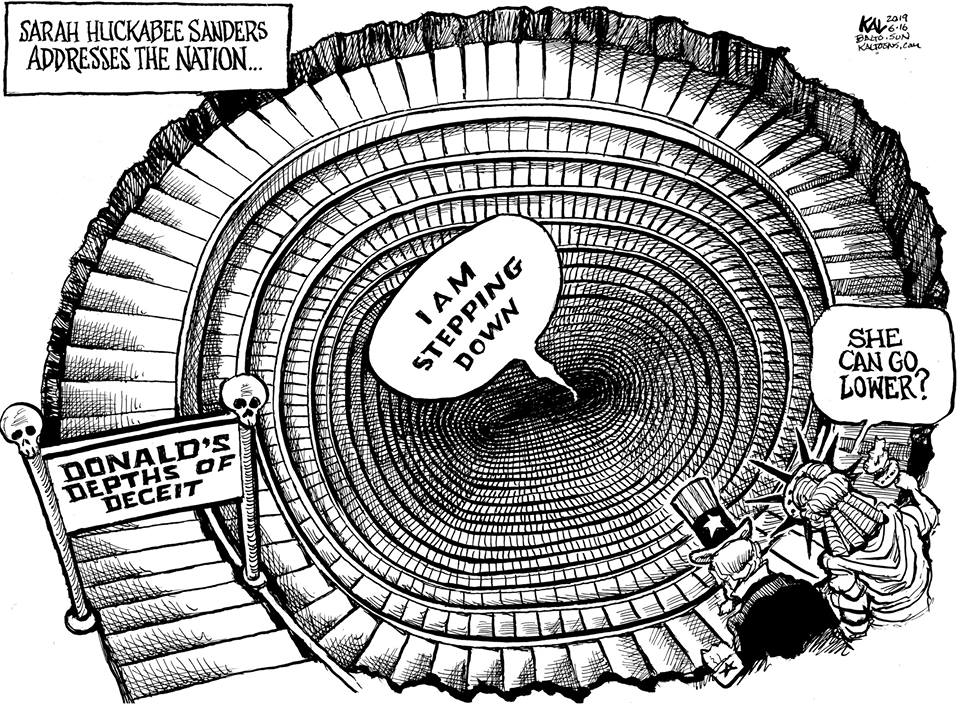 He might as well wave toilet paper at this point: 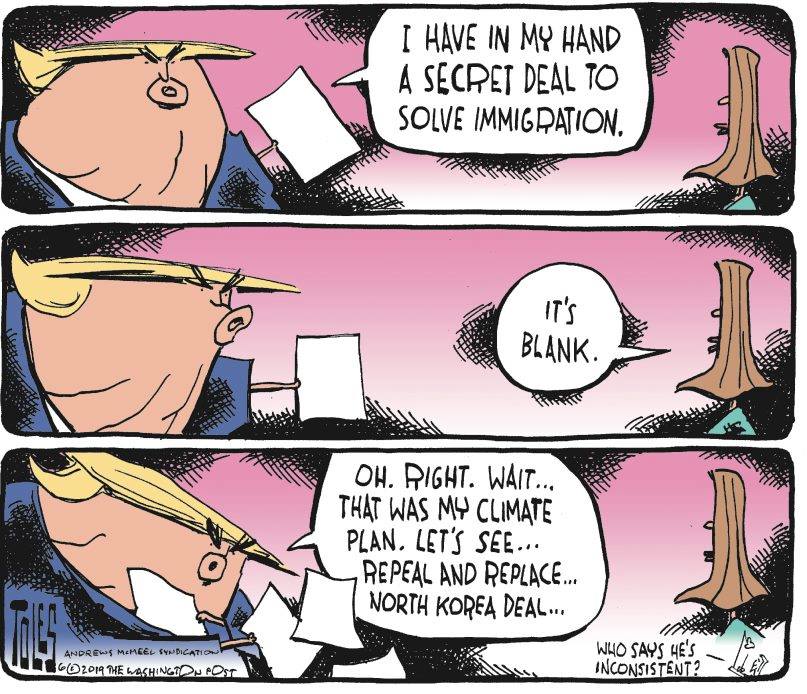