The Justice Department said the articles came from a third-party internet service that scanned the internet based on keywords and automatically delivered the DOJ articles from “various sources”.  It wasn’t a surprise that the DOJ canceled the service, blaming the third-party.

“Those hateful beliefs do not reflect the views of EOIR employees and the Department of Justice.”

BuzzFeed spoke with the third-party service (TechMIS) and found out that the Trump administration has been regularly sending out articles from some far right-wing and white supremacist sites. And they’ve been doing it for months:

“Similar newsletters sent to the Labor Department, ICE, HUD, and the Department of Homeland Security included links and content from hyper partisan and conspiracy-oriented publishers.”

TechMIS sometimes included links to VDare, an anti-Semitic and racist site whose editor has claimed that American culture is under threat from nonwhite peoples. While these newsletters shared articles from local and mainstream national news outlets, they also regularly delivered content from partisan publications touting anti-immigration rhetoric and conspiracy theories. Among these publications: the Western Journal, a hyper partisan publisher whose founder once questioned if then-presidential candidate Barack Obama was Muslim.

And to say that the DOJ was blindsided by the contractor was debunked by TechMIS CEO Steven Mains:

“That’s absolutely incorrect…Mains added that EOIR {division of DOJ} was the most specific and particular of the company’s clients. The agency’s staff would review its work “down to misspellings” if there was anything wrong before sending.”

So, they reflect the beliefs of the entire administration.

Whenever you hear Trump apologists say that the Donald isn’t racist, or that the administration takes an even-handed approach to the brown and black people, remind them that White supremacists are running the government, and sharing racist, anti-Semitic, Islamophobic, and radical conspiracy links across the federal bureaucracy.

You would be a fool to believe that these links aren’t being approved by someone high up in the various administration cabinet departments. This is absolutely being done on purpose to radicalize the government against those people. On to cartoons:

The buck never stops at HIS desk: 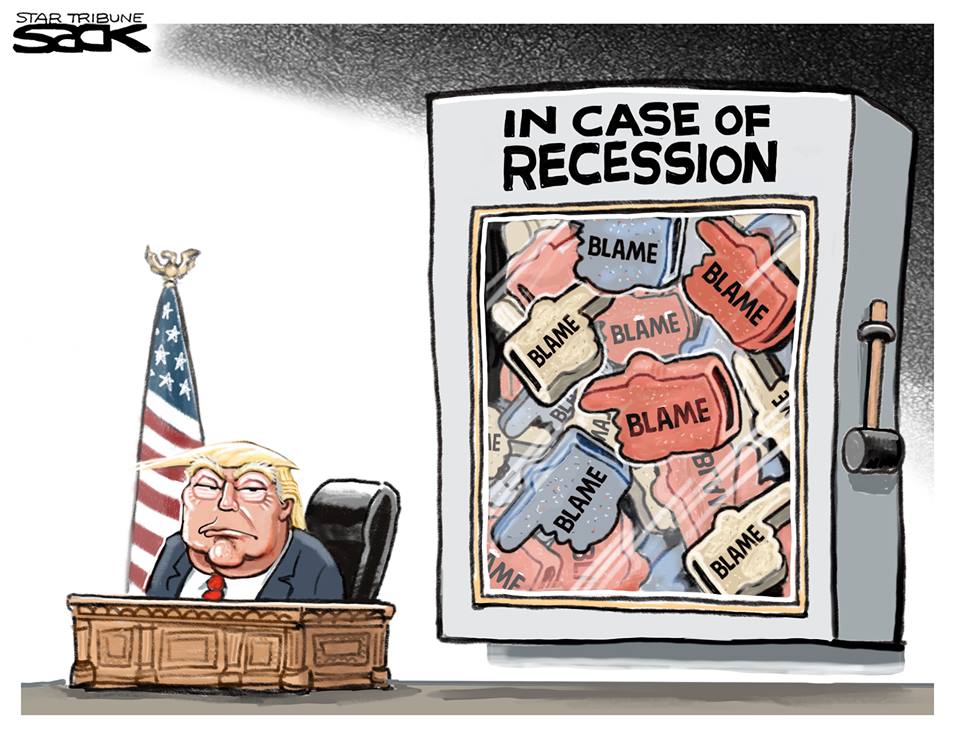 Trump may have been chosen, but he’s just the Mess-iah 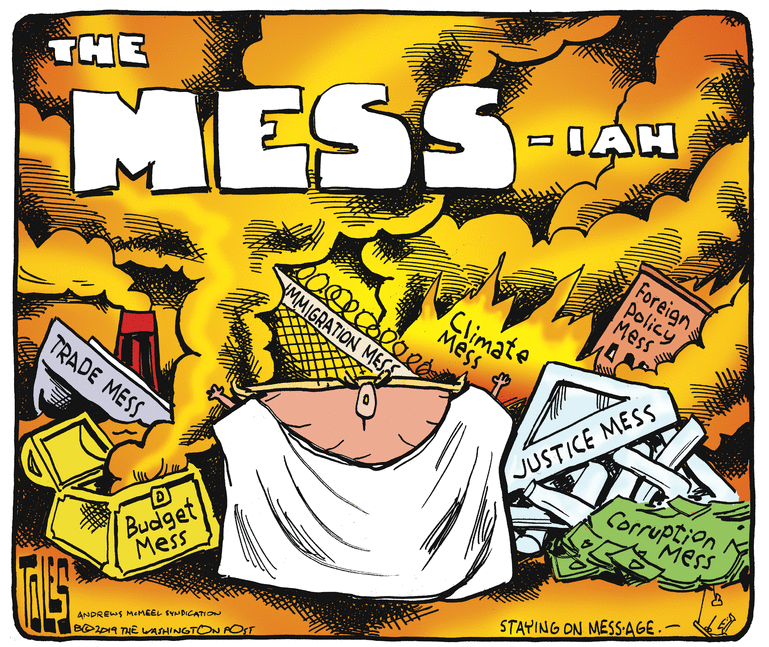 He did say that he wanted suspicious characters off the streets: 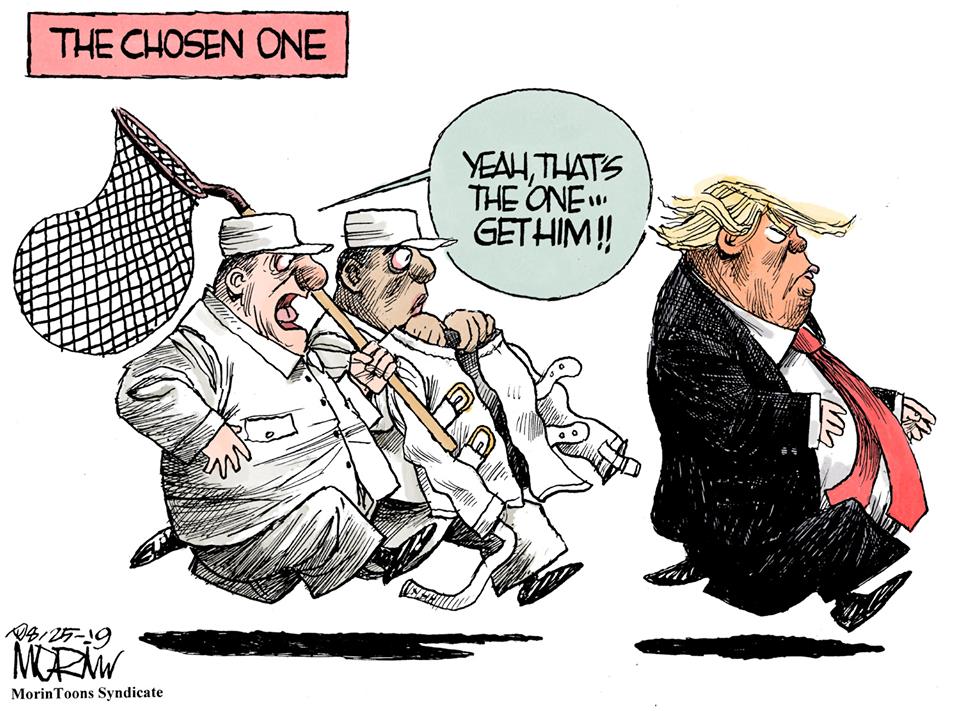 This weekend’s G-7 meeting will be more of the same: 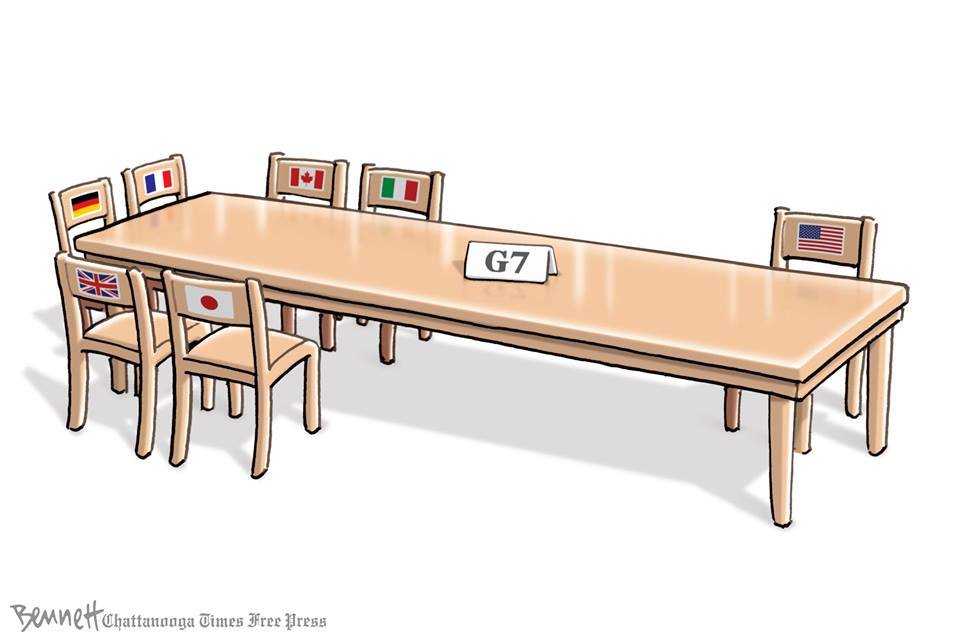 Let’s hope that Justice Ginsburg is with us for some time to come: 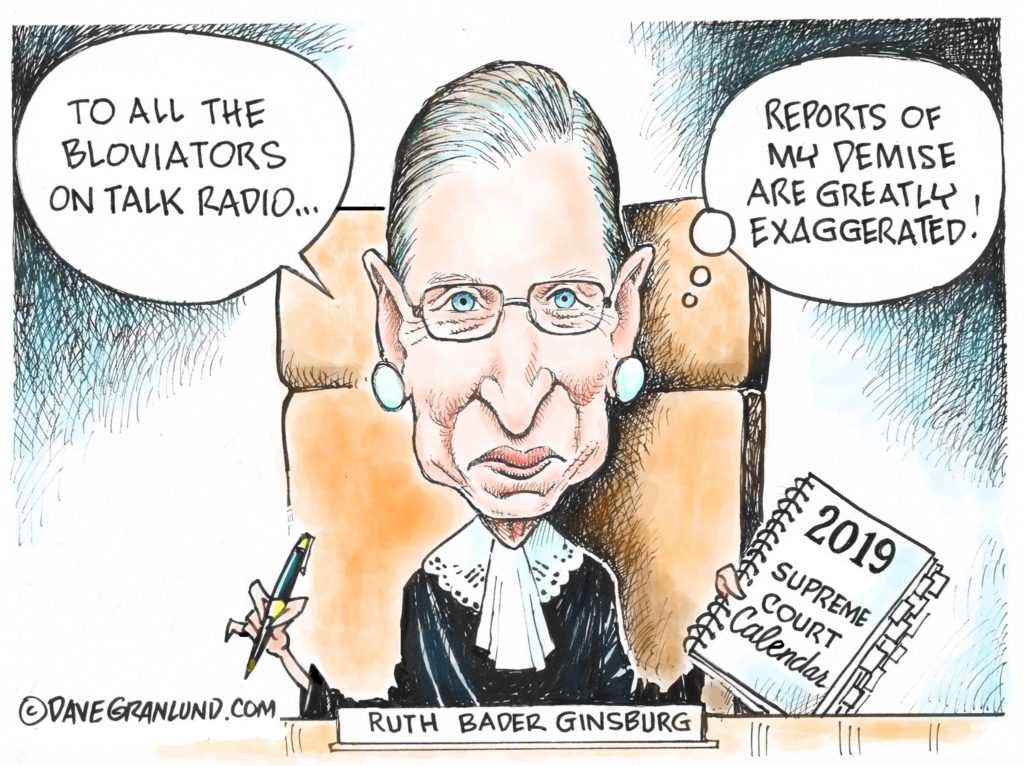 Bidens seem nice, but they represent a time that has passed: 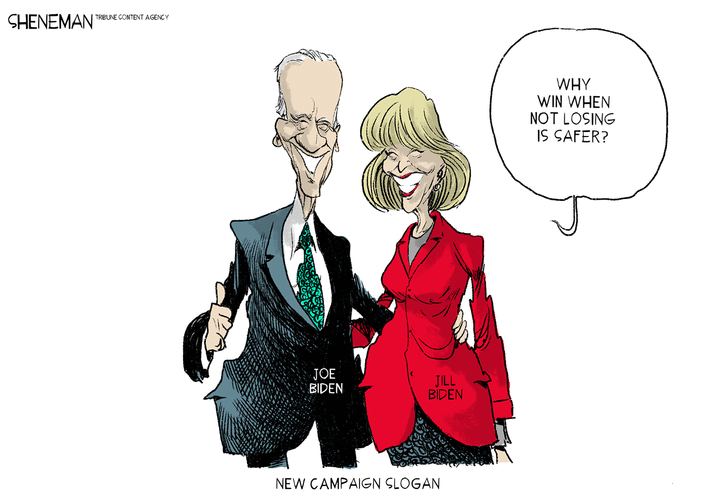