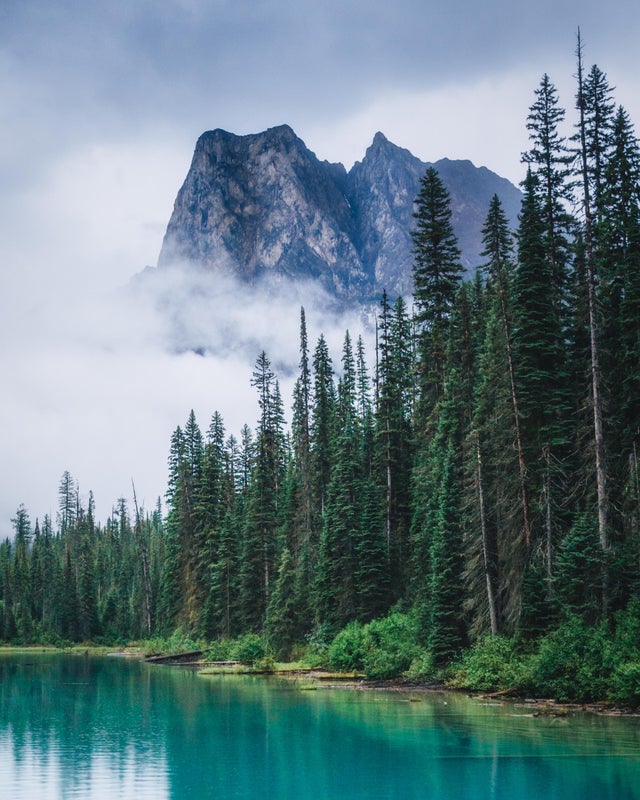 On September 14, explosions rocked the Saudi’s Khurais oilfield as well as the Abqaiq refinery, one of Saudi Arabia’s most vital petrochemical installations. Several hours later, the Houthis claimed that they had targeted both facilities with ten drones. In reality, it now seems that 17 drones or cruise missiles hit the Saudi plants.

There is a continuing debate on who launched the attack. Pompeo tweeted that it was the Iranians: 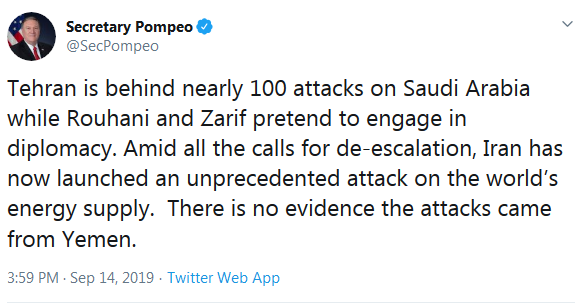 While Pompeo says Iran did it, the Arms Control Wonk reports that the Houthis have both the technology and ability. The US, Israel and Iran also have the capability to conduct such an attack.

Saudi Arabia and the US will no doubt eventually figure out who owned the missiles used in the attack, but that won’t resolve the question of guilt, or complicity to everyone’s satisfaction. Some are saying that the Abqaiq oil field is too far from Yemen for them to be the culprit. Yet, the US supplied these photos of the damage, including an arrow helpfully pointing to north (it’s pointing left, while the shadows mean the sun is in the east): 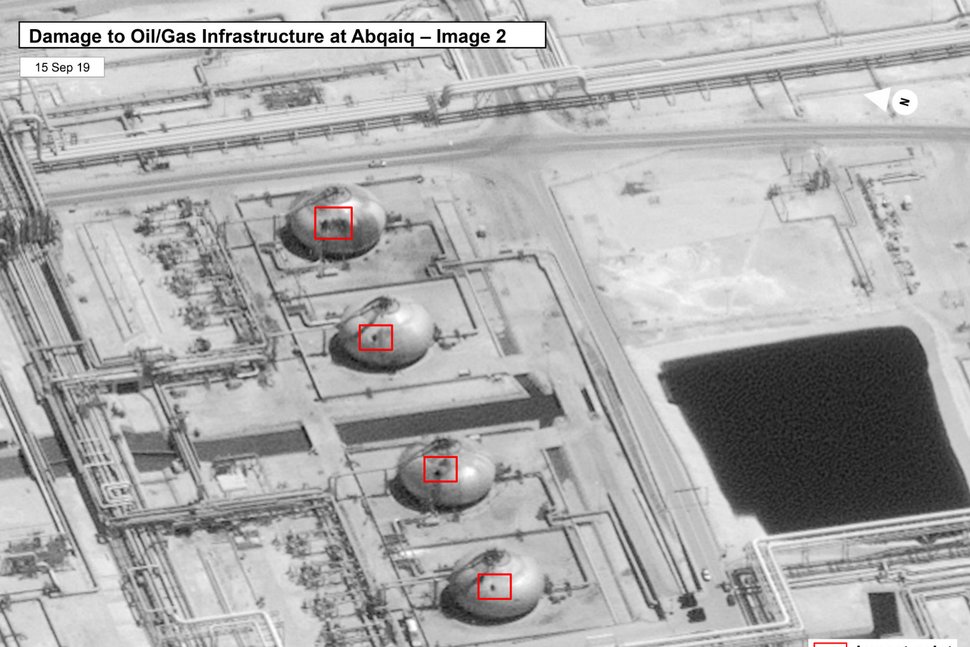 The boxes showing damage mean the missiles came from the west, where Yemen is located. Iran is located to the Northeast, as are Israel and Iraq.

But please wait, and let Washington tell you what to believe.

The most important takeaway is that Saudi Arabia has no real defense against this kind of attack. In mid-June 2019, a cruise missile fired by the Houthis hit the terminal of Abha Airport in Southern Saudi Arabia, wounding 26 passengers.

The Saudis use two US air defense systems, the Patriot, and the Hawk missile systems. Both are deployed in Saudi’s northeast, facing the Persian Gulf. They do not provide defensive cover for the attacked oil refineries if the missile or drone is fired from the south or west: 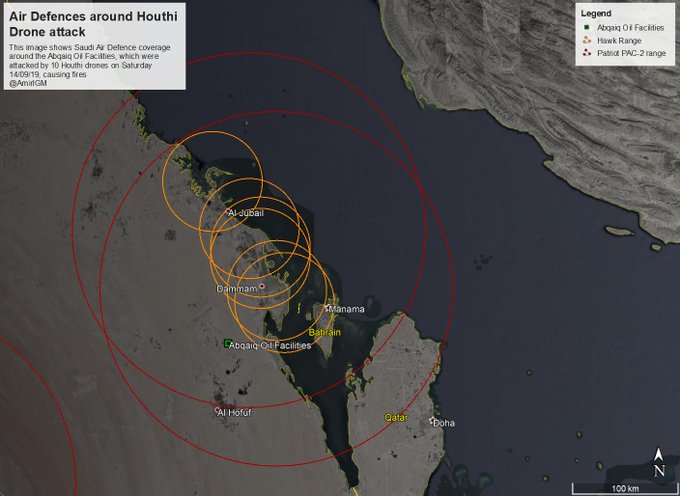 The Patriots are useful against cruise or ballistic missiles. The Hawks are for aircraft. But no system could protect all of the Saudi’s oil field facilities if 17 missiles are fired at once.

Despite the hopes of DC’s Iran-hating Neocons, it is possible that the attack originated in Yemen. The Saudi war in Yemen was launched in 2015. It costs Saudi Arabia several billion dollars per month. The Saudi budget deficit again increased this year and is expected to reach 7% of its GDP.  They need much higher oil prices to help prosecute the Yemen war.

Also, Saudi Arabia is planning to sell a share of its state owned oil conglomerate, Aramco, which may be worth $2 Trillion. But who would buy a share of Aramco when its major installations are not secure, and has endured crippling attacks?

Assuming this attack isn’t a one-off, the Saudis probably will need a cease-fire or a peace deal with Yemen before it can sell Aramco shares for a decent price. It is likely that the Houthis will demand reparations payments from the Saudis in order to make peace.

The first Saudi attempts to negotiate happened two weeks ago. The Hill reports they asked the Trump administration to work out an agreement with the Houthis:

“The Trump administration is preparing to initiate negotiations with Iranian-backed Houthi rebels in an effort to bring the four-year civil war in Yemen to an end….The effort is reportedly aimed at convincing Saudi Arabia to take part in secret talks with the rebels in Oman to help broker a cease-fire in the conflict, which has emerged as a front line in the regional proxy war between Riyadh and Tehran.”

But it hasn’t led to anything.

Back in DC, we’re hearing that the US must have some response to the missile attacks.

America wasn’t attacked. We’re not even sure who carried out the attack, and there is at least a small probability that it was some disaffected group within Saudi Arabia itself.

We do not have a mutual security agreement with Saudi Arabia, although we are strategic partners.

Now the poor helpless Saudis will want their best friend Trump to attack Iran, much to the delight of Israel and the Neocons. And a refinery attack showing Saudi’s lack of defenses may get Trump off the dime.

How on God’s green earth is this in our national interest?

Trump and Pompeo are trying to position us on the Sunni side of a region-wide sectarian civil war. That would be a disaster for us and for all in the Middle East.

Wake up, America! Most who work in DC in any power capacity have been dreaming of war with Iran for decades. Yet, somehow they haven’t made it happen.