Wrongo never talks sports, but most of America has heard about the New England Patriots dropping Antonio Brown after 10 days on the job. If you don’t know about the fuss, here is a good summary. Brown apparently has yuuge issues with women, but three professional football teams so far, have offered him chances to demonstrate several times that he’s a really, really good player.

This week, Brown sent threatening and menacing texts to a second woman, and that made working for the Patriots untenable. Most think he will get hired fairly soon by another team.

The thought that Antonio Brown will have another NFL job, and Colin Kaepernick still won’t, shows that in 2019, it is better to threaten women, than to threaten the NFL’s rich white establishment.

On to cartoons. Trump may or may not have promised something to someone: 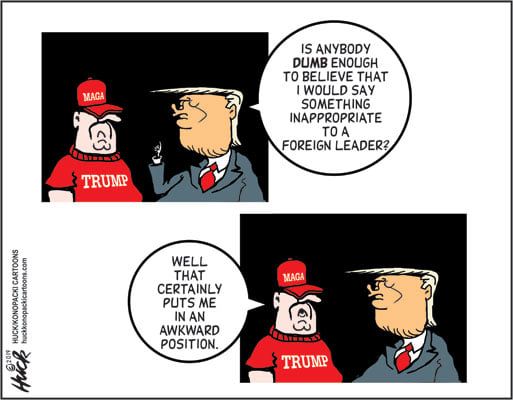 Ok, this is alarming, but on the bright side, Obama killed Osama bin Laden before Trump could fall in love and invite him to the White House. You can see his tweet now:

“I had a great meeting with Osama, he really loves his Family! Great great letter he wrote me, and wants us to be friends! He told me that some of the things people have said about him in the past are very unfair, and I agree!”

Democrats can’t decide what to do. This week, Nadler was beaten badly by Lewandowski, and Schiff couldn’t get the information regarding the whistleblower’s charges that are required by law from the Trump administration: 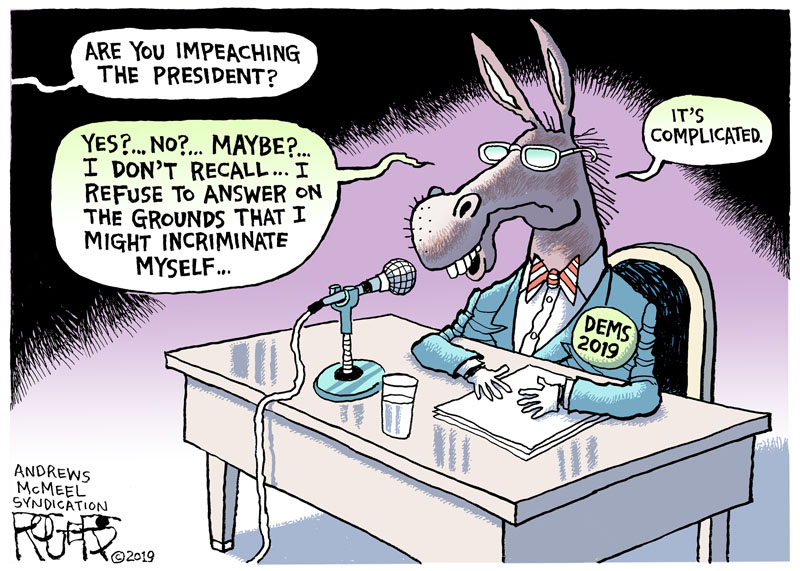 Whistleblowers are an endangered species in America: 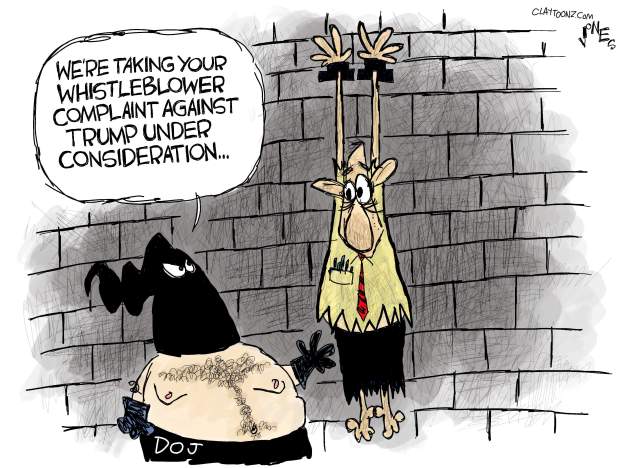 Trump hates California, it’s got too many homeless, fuel-efficient cars and brown people: 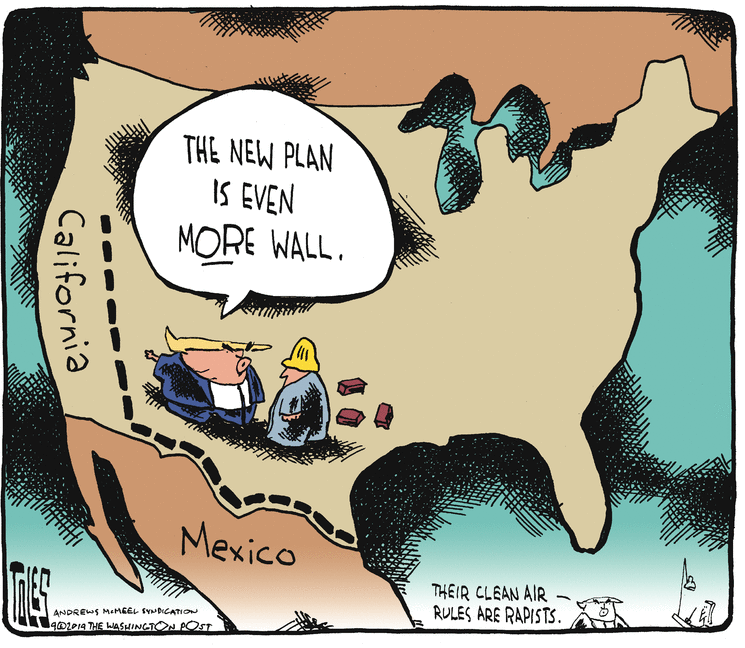 On the bright side, rolling back EPA regulations will create more sick people: 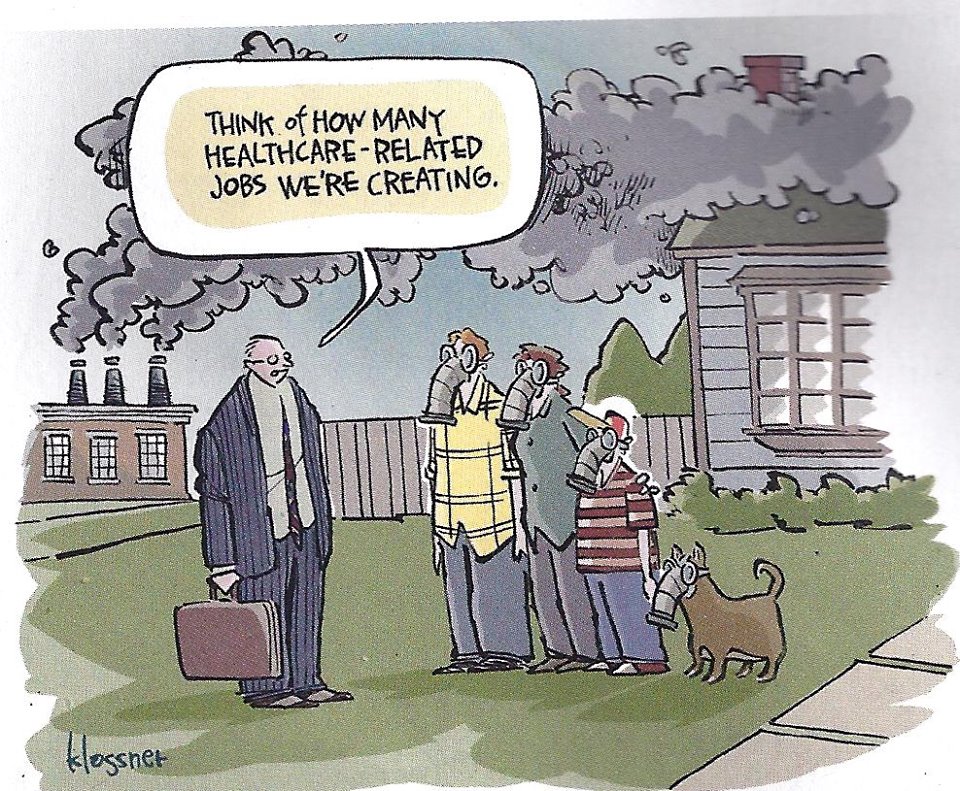 The administration’s priorities bear no relation to reality: 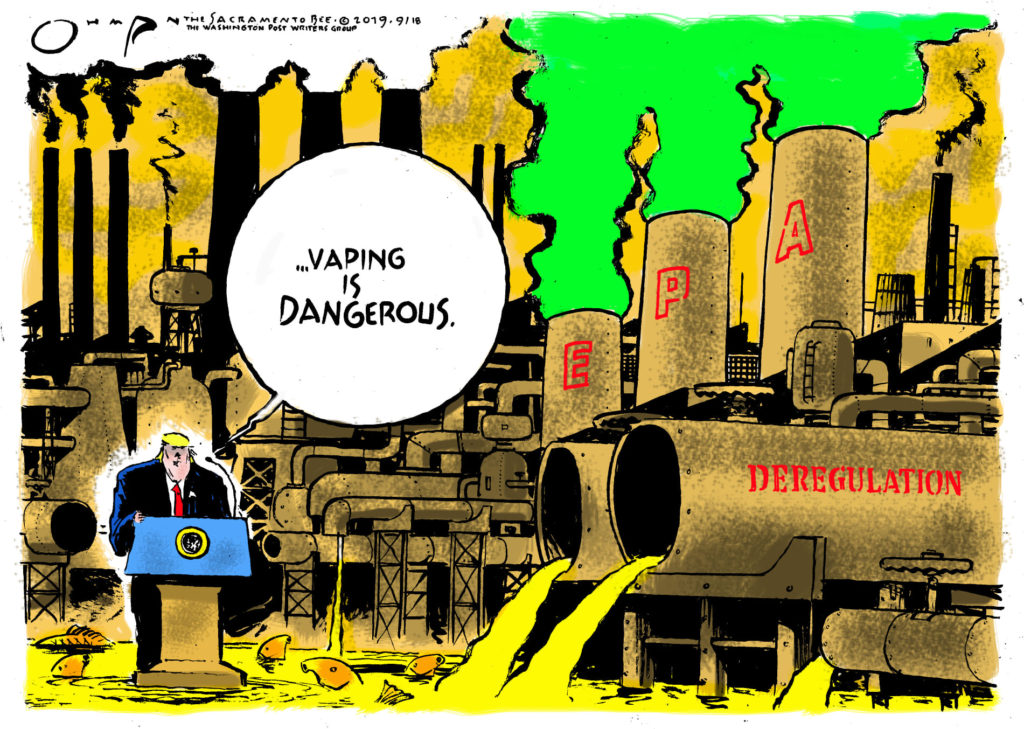 Biden is still in charge, but not everything on the menu is appetizing: 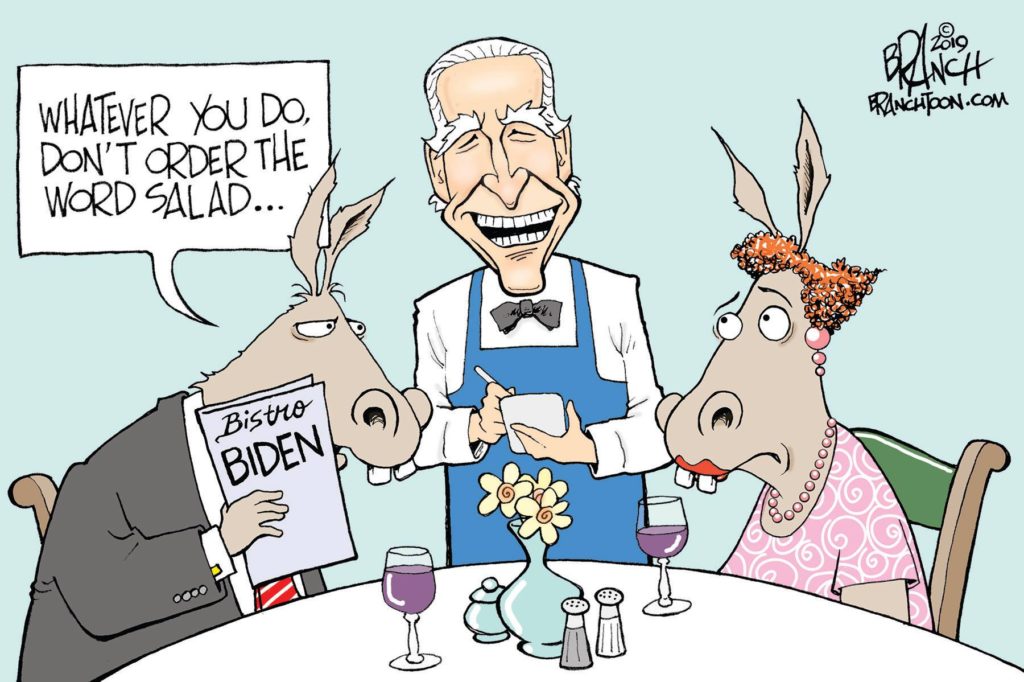