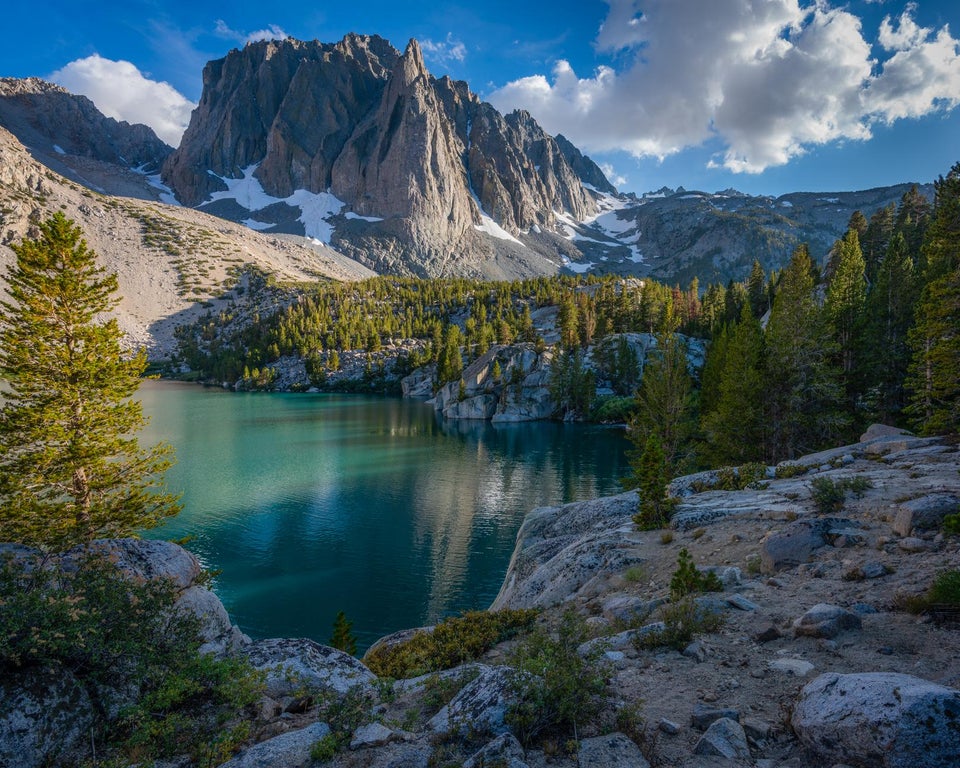 Nobody in America should be rooting for a recession, and no political party should root for one either. Shame on those who are.

US economic policy is often driven by ideology, and those operating policies can change whenever the party in power changes. That seems to be more likely to occur in 2020 than it has at any time since Reagan. Like it or not, Bush I, Clinton, Bush II, and Obama all followed similar economic policies.

Trump has disrupted much of them, returning to a vigorous trickle-down policy, aggressive deregulation and the imposition of unilateral tariffs.

Max Weber, in his 1919 essay on “Politics as a Vocation”, made a distinction between politicians who live by the “ethics of responsibility” and those who follow the “ethics of conviction”. The ethic of responsibility is all about pragmatism; doing the right thing in order to keep the show on the road. But the ethic of conviction is all about moral (ideological) purity, about following the playbook despite the impacts.

An example is the Kansas Experiment, where Sam Brownback, following right-wing convictions, cut taxes to produce a “shot of adrenaline into the heart of the Kansas economy.” Economic growth was below average, state revenues crashed, and debt blew up. But, still a believer, Brownback vetoed the effort to repeal of his laws.

You don’t need more from Wrongo to paint the picture. We’re in a time of the ethics of conviction.

Let’s take a look at two recent articles about the economy. First, from the Economist, which is telegraphing the possibility of a US recession:

“Residential investment has been shrinking since the beginning of 2018. Employment in the housing sector has fallen since March….The Fed reduced its main interest rate in July and could cut again in September. If buyers respond quickly it could give builders and the economy a lift.”

But housing is not the only warning sign. The Economist points to this chart, showing the change in payrolls in the 2nd Quarter of 2019: 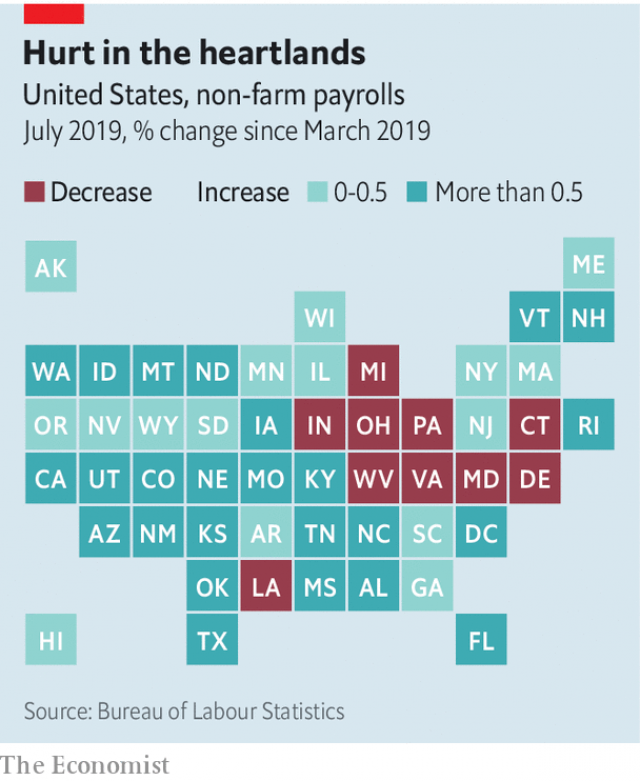 It’s clear that much of America is doing quite well. It is also clear that most of the 2020 battle ground states are not. Indiana lost over 100,000 manufacturing jobs in the last downturn, almost 4% of statewide employment. It is among a growing number of states experiencing falling employment: a list which also includes Ohio, Pennsylvania and Michigan.

In 2016, those last three states all delivered their electoral-college votes to Trump, and were decisive in his electoral victory. Trump’s trade war may still play well in these states, but if the decline in payrolls continues, it suggests a real opening for Democrats, assuming they are willing to hammer on pocketbook issues.

Second, the Wall Street Journal had an article about winners and losers in the 10 years since the Great Recession. It isn’t a secret that those left behind are in the bottom half of the economic strata, and there is little being done to help them:

“The bottom half of all U.S. households, as measured by wealth, have only recently regained the wealth lost in the 2007-2009 recession and still have 32% less wealth, adjusted for inflation, than in 2003, according to recent Federal Reserve figures. The top 1% of households have more than twice as much as they did in 2003.”

We also call wealth “net worth”. It is the value of assets such as houses, savings and stocks minus debt like mortgages and credit-card balances. In the US, wealth inequality has grown faster than income inequality in the past decade, making the current wealth gap the widest in the postwar period. Here is a devastating chart from the WSJ showing the net worth of the bottom 50% of Americans: 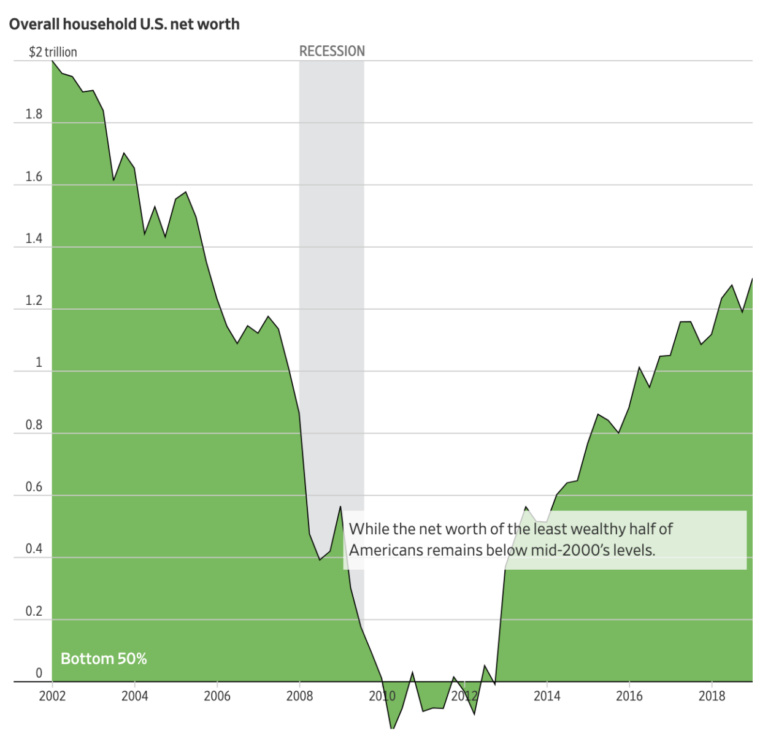 There’s a big difference between the 1% and the bottom 50%: More than 85% of the assets of the wealthiest 1% are in financial assets such as stocks and bonds. By contrast, more than half of all assets owned by the bottom 50% comes from real estate, such as the family home.

Economic and regulatory trends over the past decade have not only favored stock investments over housing, but they have also made it harder for the less affluent to even buy a home. The share of families in the bottom 50% who own a home has fallen to 37% in 2016, (the latest year for which data are available), from 43% in 2007. OTOH, homeownership among the overall American population is higher since 2016.

Weber’s ethics of conviction have driven our politics since well before the 2008 recession. We know what it caused: inequality, demonstrated by lower wages for the 90%, and a devastating decline in net worth for the bottom 50%.

Can we turn the car around? Can we elect politicians who will follow Weber’s ethics of responsibility at the local, state, federal and presidential levels in 2020?