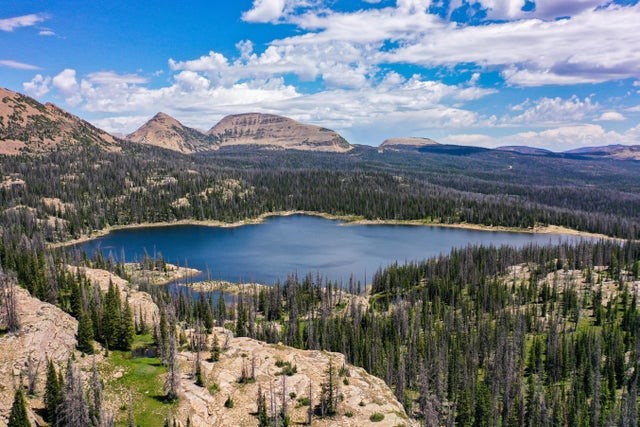 Which is better: Gorbachev’s Chernobyl response, or Trump’s COVID response? It’s a high bar for Trump’s response to be worse than Gorbachev’s.

The Chernobyl disaster exposed the Soviet government’s ineptitude to both the Soviet people and the international community. The reactor’s core meltdown and its aftermath drained the Soviet Union of $billions in clean-up costs. It led to the loss of a primary energy source and dealt a serious blow to national pride. Thirty-four years later, the site remains a waste land.

Gorbachev would later say that he thought the Chernobyl meltdown, “even more than my launch of perestroika, was perhaps the real cause of the collapse of the Soviet Union five years later.”

But Trump is up for the challenge! From Umair Haque at Medium:

“America’s in free fall. It’s having a public health crisis, an economic crisis, a social implosion, and a political implosion all at once. And all those things have been brought to you by Donald Trump, whose negligence, irresponsibility, recklessness have allowed them to flourish.”

Nobody in the world is in free fall like America. America has the highest number of new cases in the world, higher than Brazil’s 50K, or India’s 30K. Even individual Red States have worse outbreaks than many of the world’s poorest countries with far higher populations.

Trump nails the win over Gorbachev with his most egregious action, putting armed secret police on the streets of Portland, OR. Dozens of federal agents in full camouflage seized protesters, threw them into unmarked cars, and took them for interrogation without specifying a reason for arrest.

It appears that at least some of the agents involved belonged to the US Customs and Border Protection (the Border Patrol), a US government organization that has no business conducting actions against Americans in Portland.

Both the mayor of Portland and the governor of Oregon have asked them to leave. A US Attorney for the State of Oregon is calling for an investigation into the arrests.

Now, the acting head of Homeland Security, Chad Wolf, is vowing to ramp up these actions both in Portland and elsewhere. This is Wolf on the DHS website:

Could it be that Trump is trying to foment unrest? His campaign can’t be happy that protests and urban unrest have quieted down across America in the last few weeks. Is Trump hoping this action will spark a revival of what we were seeing in June?

The calculation would be that an upsurge in protest will divert the country’s attention from the ongoing COVID-19 disaster while scaring moderate voters. It allows Trump to keep playing the law and order president, someone who will protect white suburbanites from scary black/brown anarchists.

This is the same week when Trump claimed Biden wants to abolish suburbs.

We’ve heard this Republican tune before during earlier presidential elections. It’s a mash up of Nixon’s law and order strategy, and Bush I’s Willie Horton strategy. It’s important to point out that both won their elections.

Trump is using Executive Branch agencies that he controls. AG Barr knows there is nothing “Constitutionally” Congress can do about this. They’re trying out various actions to see what they can get away with: for now, it’s the dreaded ANTIFA. Before that it was immigrants and asylum seekers. Later, it could be any opposition.

Time to wake up America! This is who and what we have become. The only question remaining is whether enough non-authoritarian Americans will vote in November to stop the madness.

To help you wake up, here is Big Country’s “We’re not in Kansas” performed live in 1991 in Bonn Germany:

This weekend, I watched a few minutes of where conservatives talked about a curriculum for teaching children “American Values.” The thrust was a self satisfied conclusion that conservatism is just the preservation of American values. I would love to ask how they are enjoying the fruits of conservative government, where governors are more interested in the politics of public safety that real safety, and where the president refuses to set a good example for the nation. Conservatives are destroying our values. It is truly a horrible time for us.

Come on America! If not for you, then for the world… You don’t need a crystal ball to see where this administration is leading you. This strategy of deflecting attention away from the real band leaders seems to have worked in the short term, but we all hope that ruse is discovered prior to the election. Save yourselves, save the world… Vote!