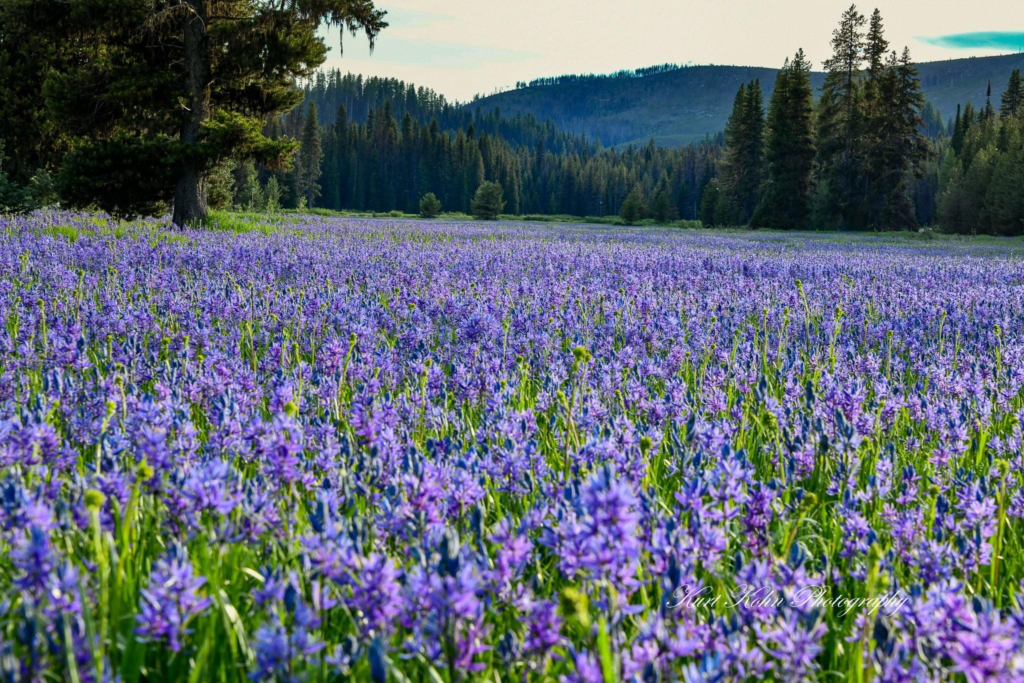 Blue Camas bloom, Missoula MT – June 2020 photo by Kurt Kohn. Camas is a plant in the asparagus family, and its bulb was a food staple for Indigenous peoples in the American West.

(Wrongo is taking a break for the July 4th holiday. Blogging will resume on Tuesday 7/7.)

The legal separation of the 13 Colonies from Great Britain occurred on July 2, 1776, when the Second Continental Congress voted to approve a resolution of independence that had been proposed in June by Richard Henry Lee of Virginia, declaring the United States independent from Great Britain.

After voting for independence, the Continental Congress created a Committee of Five  to write a Declaration of Independence, with Thomas Jefferson as its principal author. Congress debated and revised the wording of the Declaration, approving it on July 4. John Adams wrote to his wife Abigail:

“The second day of July, 1776, will be the most memorable epoch in the history of America. I am apt to believe that it will be celebrated by succeeding generations as the great anniversary festival… “

Adams’s prediction was off by two days. From the outset, Americans celebrated independence on July 4, the date the resolution of independence was approved in a closed session of Congress, rather than on July 2.

Coincidentally, both Adams and Jefferson, the only signers of the Declaration of Independence who later served as US presidents, died on the same day: July 4, 1826. James Monroe, a founder, but not a signatory of the Declaration, became the third president to die on July 4th in 1831.

In his NPR talk, Blight recalls a speech by Douglass in July, 1852 to about 600 abolitionists gathered in Rochester, NY. Douglass had been born enslaved. He’d secretly taught himself to read and write. He became one of the best-known abolitionists and thinkers in the world. The speech that Douglass gave before that crowd in Rochester was called “What To The Slave Is The Fourth Of July?”

Blight says it was one of Douglass’s most riveting and compelling speeches. He goes on to quote from it:

“The blessings in which you this day rejoice are not enjoyed in common. The rich inheritance of justice, liberty, prosperity and independence bequeathed by your fathers is shared by you, not by me. The sunlight that brought life and healing to you has brought stripes and death to me. The Fourth of July is yours, not mine. You may rejoice. I must mourn. To drag a man in fetters into the grand, illuminated temple of liberty and call upon him to join you in joyous anthems were inhuman mockery and sacrilegious irony.”

Blight closes by saying that today, we may be seeing the third great reckoning about race in our history: (brackets by Wrongo)

“The first was the Civil War and Reconstruction. The second was the civil rights movement of the ’50s and ’60s. And now we’re probably having a third one – whatever we’re going to end up calling this…..And he’d [Douglass] warn us that the whole world is watching to see whether this thing called an American republic can really survive.”

Blight also has a series of video lectures on the Civil War that you can watch for free as part of the Open Yale program. Wrongo highly recommends them.

Here’s a fantastic and touching video in which five young descendants of Frederick Douglass read excerpts of Douglass’s famous speech. You can’t do better today than to listen to these young kids speak the words of their famous ancestor.

Time to let go of the world of politics, economics and policy for a few days. We all want a slice of normalcy: A cold beverage, burgers on the grill, fireflies after dark, and family and friends nearby. Although we want all of that right now, we’ll most likely have to settle for just some of it.

Now, settle back at an appropriate physical distance and listen to Mickey Guyton’s new song, “Black Like Me”. Guyton is a young black female country music singer/songwriter, one of the very few succeeding in the country music idiom. She’s decided to speak out about the subject of racism. That takes courage, even in today’s Nashville scene. Highly recommend the video, which contains the lyrics of her song: