Happy Saturday, fellow disease vectors! The Saturday Soother is on break this week. So today, we’re moving far afield from the horrors of the Trump administration and COVID to talk Turkey.

“Turkish President Recep Tayyip Erdogan announced Friday that Istanbul’s iconic Hagia Sophia would become a mosque once again, brushing aside a legacy of Turkey’s secularizing modern founder, who converted the site to a museum more than eight decades ago.”

The Sophia represents the intersection of two of the world’s religions. The Sophia was built by the Romans in 360. The dome visible in the photo below was added in 537. Constantine made it the home of the Roman church (and named the city, Constantinople). It was an Eastern Orthodox Church for a short period. And from 1453 to 1931, it was a mosque. Here is a photo of the Hagia Sophia taken by Wrongo in 2013: 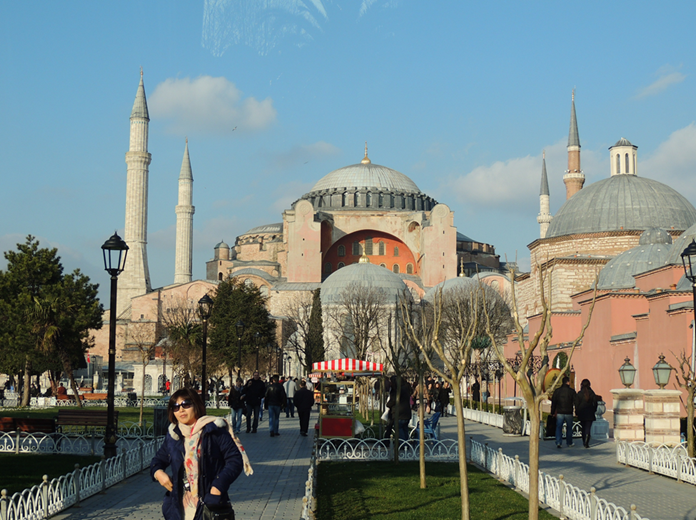 Since 1935, the Sophia has been a museum, neither a church nor a mosque. This was the solution devised by Kemal Ataturk, one of the 20th century’s great statesmen, to resolve competing claims by the Muslim and Christian communities in Turkey and neighboring countries.

The Sophia shows both additions and subtractions as its religion changed from Christian to Islam. Following the building’s conversion into a mosque in 1453, the minarets were added. Many of its Christian mosaics were whitewashed, due to Islam’s ban on representational imagery. The images were partially rescued by a team of archeologists from Edinburgh University between 1958 and 1962. Since then, there has been a continuing effort to restore and maintain some of the Christian provenance of the building: 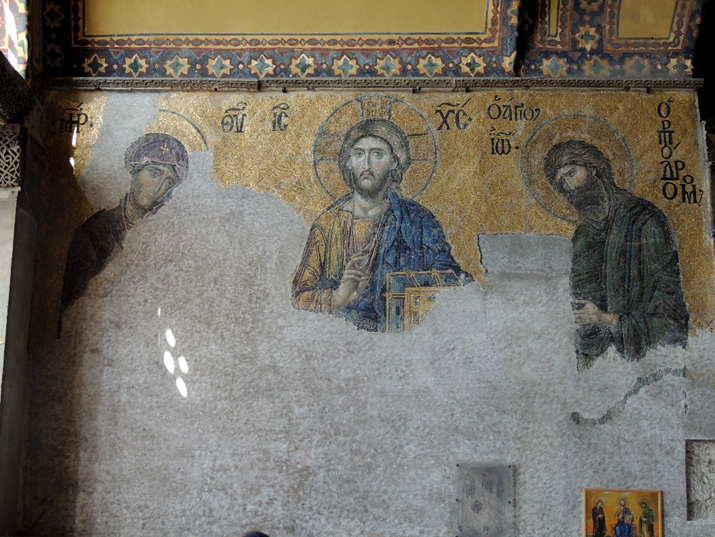 Since Islam does not permit Christian-style depictions, it remains unclear whether this uncovered iconography will now be hidden once again. Here is a photo taken inside the Sophia that demonstrates the multi-cultural history of the building:

The Sophia was designated a World Heritage Site by UNESCO in 1985, and receivers 3+million annual visitors. It has been an example of tolerance and pluralism in a world that is rapidly moving away from these concepts.

There is no shortage of mosques in Istanbul. From Reuters: (emphasis by Wrongo)

“For those who don’t know, really near to Hagia Sophia in Istanbul, the Turks built the Blue Mosque, which is newer and big enough for all the Muslims in the area (and then some). Erdogan is just trying to provoke Christians and show to Muslims worldwide he is their leader.”

Until a few years ago, Turkey was held up as an example that Islam is perfectly compatible with multi-party democracy, a pro-Western foreign policy, and healthy economic growth.

Most of that has been weakened under Erdogan, and re-converting the Sophia to a mosque should make many Western countries rethink their alliances with Turkey.

The timing of the conversion is clearly political. Erdogan’s popularity has been sagging under the weight of a damaged economy. His AKP party lost control of Istanbul and Ankara to the opposition in the last elections. Their prospects for the upcoming elections are not very good either, so this current gambit is an attempt to strengthen Erdogan’s chances.

Some Turkish clerics are saying they are ready to whitewash the faces of the Seraphim that surround the dome. Here’s what they look like now: 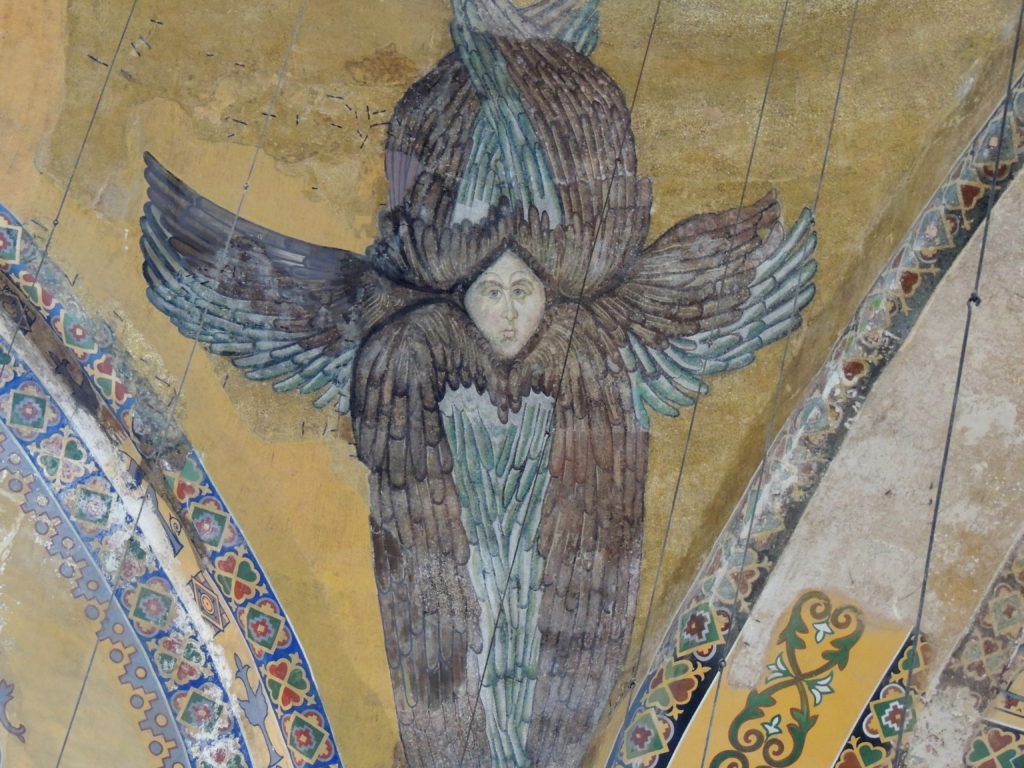 It was a massive amount of work to uncover them, and it would be a tragedy if they are again covered up.

First prayers at the Hagia Sophia mosque are planned for July 24. This date is highly symbolic, as that is also the anniversary of the signing of the Treaty of Lausanne, when Turkey gave up all claims to the remainder of the Ottoman Empire.

The artwork, now over 1500 years old, will most likely be lost again. Once more religious triumphalism will rear its ugly head. Once again, one group can rub another group’s face in the dirt.

The Sophia should keep all of its artwork, and remain open to all.

My degrees are in art (BFA and MFA) and include art history as part of what we studied. The Hagia Sophia is an important building in part because of how it was constructed so as to allow a vast large open space with few columns. The weight of the dome is supported by tiers of smaller apses and such. A simple inside is created by a complex set of structures outside.

The three major domes in Western Architecture are the Pantheon, the Hagia Sophia (all of it begun in the 6th century) and Brunelleschi’s dome in Florence.

It would be a shame to hide the ancient art again.

Why Erdogan is doing, is of a piece with the Trump is doing and what “conservatives” are doing wherever in power – saying fuck you, I can and I will.

Conservatives now are a far cry from Edmund Burke.

Great perspective Terry. Turkey has 5 former Hagia Sophias. Over the last 10 years, 4 of them have been converted to Mosques. The Istanbul Sophia is the final one to go. Your point about how autocrats of a feather flock together reminds me that Erdogan is the foreign leader Trump talks to most.

Speaking of Triumphalism, Trump is only two letters away from Triumph: “i” for intelligence and integrity and “h” for honesty and honor.

Take the “T” away and you have “Rump!