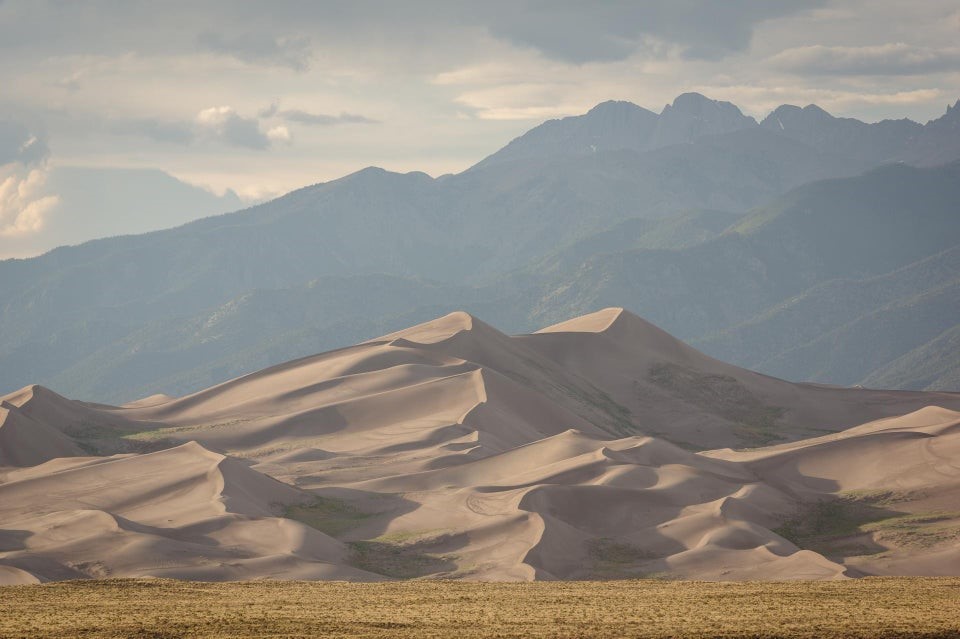 Sand Dunes National Park and Preserve, CO – photo by exposurebydjk. These are the highest dunes in North America.

Wrongo has written quite a bit lately about America’s fracturing social cohesion, and increasing white grievance as the greatest threats to our democracy. Here’s Wrongo on social cohesion:

“In the past, we had a set of unwritten expectations that members of our society were expected to comply with, like voting, paying taxes, and displaying tolerance for others. Even those deminimus expectations are fraying today.”

The COVID pandemic has many here and abroad saying the US is a failed state. George Packer argued this recently in the Atlantic. The Department of Homeland Security (DHS) says calling America a failed state is:

“…not only wrong, it’s irresponsible at best and dangerous at worst…. So stop saying that.”

Ok DHS, the US isn’t a failed state, but we may be a failed society. We seem to have decided that while we have the means to succeed, we no longer want to try. From Duck of Minerva:

“Failed states lack the resources, equipment, and government capacity to provide public safety and public services. States like Somalia, South Sudan, and Yemen fit this description. The governments of these countries can often barely project authority beyond the walls of their government buildings.”

This doesn’t describe America. We are the wealthiest, most powerful country on earth. We’re home to more Nobel laureates than any country. Our universities are the envy of the world. Our technology sector is the world’s most dynamic.

We’ve lost the will to use our vast strengths to make America a better place for its citizens. If America had the will, we would have blunted the COVID-19 threat, as have New Zealand, South Korea and Germany. Those countries all have far more social cohesion than the US.

And while it’s true that Trump has failed the country, our society no longer feels that we have responsibilities to each other, or to the nation. We have lost the willingness to make personal sacrifices for the good of the community.

Individualism is a crucial part of our national ethos, but it has morphed into selfishness precisely when we need to see ourselves as all in this together. The result is that we’ve shown that we’re incapable of mobilizing the capacity to address the worst threat to public safety of the 21st century.

COVID is the just the third major crisis in the 21st century.

The first was 9/11. Back then, rural America didn’t see New York City as filled with immigrants and liberals who deserved their fate, but as a place that had taken a hit for the rest of us. America’s reflex was to mourn, and mobilize to help. The ensuing Iraq War and partisan politics erased much of that sense of national unity, and fed a bitterness toward the political class that hasn’t faded.

The second crisis was the Great Recession. Starting out, Congress passed a bipartisan bailout bill that saved the financial system. Outgoing Bush administration officials largely cooperated with incoming Obama administration officials. The lasting economic pain of the Great Recession was felt only by people who had lost their jobs, homes, and retirement savings. Many have never recovered, and inequality has grown worse.

This second crisis drove a wedge between Americans: Between the upper and lower classes, between Republicans and Democrats, metropolitan and rural people, the native-born and immigrants, ordinary people and their leaders. Social bonds had been under growing strain for several decades, and now they began to tear. The lasting effect was increased polarization and discredited governmental authority.

Self-pity turned to anger. Anger at Muslims or Mexicans or gays or fancy-pants city folks (or all of them mashed together) offset by a group identity of white grievance. America’s tone changed to defiant anger and hostility.

This was the American landscape that the Coronavirus found: In the cities and suburbs, globally connected desk workers were dependent on the essentials, a class of precarious and invisible service workers. In rural America, it found hollowed-out towns in revolt against the cities. In Washington, Corona found a government that had lost its ability to rally, or work together for the common good.

In America’s president, Corona happily found Donald Trump, the perfect fit for this decaying society. When a corrupt minority rules a dissatisfied majority, there are consequences.

We have literally fallen on our asses. So much damage in a relatively short period of time. Our republic is much flimsier than we thought.

It will be long and difficult.

This broad analysis of our current inability to pull together as a society is brilliant. I found one sentence an especially clear key to understanding our cultural moment: “Individualism is a crucial part of our national ethos, but it has morphed into selfishness precisely when we need to see ourselves as all in this together.” So many of Mr Trump’s followers appear to think that he is a champion of old fashioned individualism when, in fact, he is merely quintessentially selfish. This plays itself out in countless concrete, behavioral ways. Mask-wearing is a particularly obvious and consequential example.