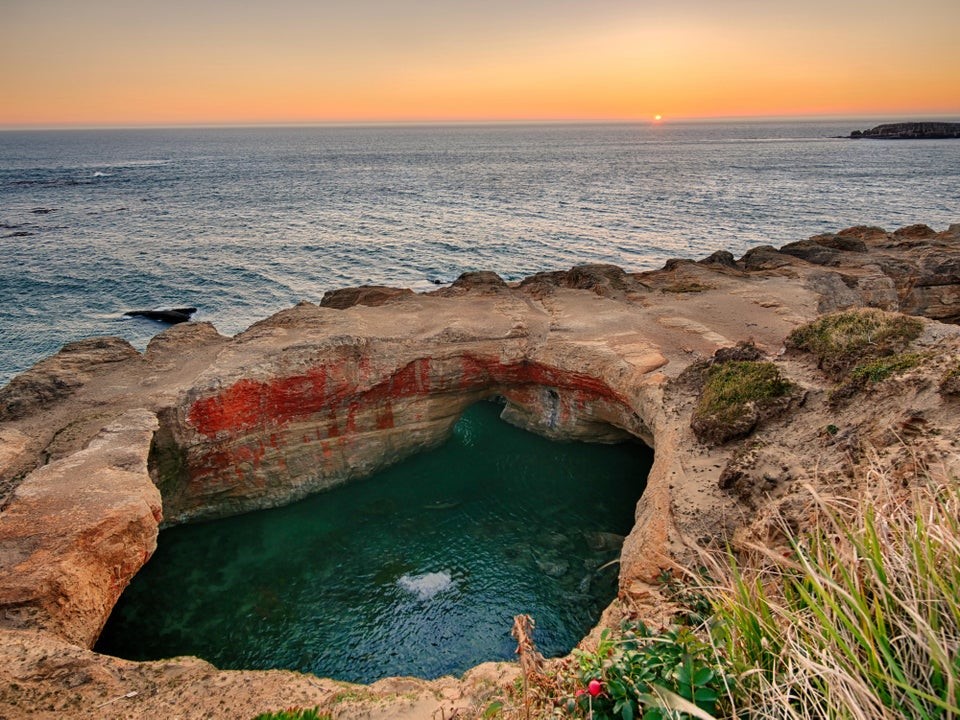 Where did the summer go? We’ve all been tied down by the pandemic, so we probably focused more on politics than we wanted to. Pretty sure that made time pass more slowly, though. So Wrongo’s still not sure where the summer went.

Last week, Wrongo and Ms. Right had lunch with old friends, and the subject of what older Boomers and Silents can do to influence the election was a big discussion topic. Depending on your means, there are many things that could be done, like picking key states and congressional districts that are in play, and donating bigly to candidates who have a real chance to flip the seat they’re seeking.

But perhaps the most important impact would be to help register voters in those same states and districts this fall. For many, that would mean traveling to another state, braving the risk of COVID, while dueling with anti-maskers. When you consider the alternative of four more years of divided government with Trump in power, it may well be worth doing.

It’s important to remember that 2020 is a census year, and Democrats had a huge loss in the Senate, House and in state legislatures in 2010, the last census year. That enabled Republicans to gerrymander many states, making Democrats uncompetitive in those states for a decade.

Paul Rosenburg reports on using a “moneyball” type of approach, based on the famous book of the same name by Michael Lewis. Lewis wrote about baseball teams using the “moneyball” approach to get the best team on the field using the least amount of their limited budgets. The idea of applying it to voting comes from the Princeton Gerrymandering Project.

Like baseball teams, each citizen has a fixed amount of time and resources to invest in politics. The idea is to focus on political races with a high potential either for flipping the US Senate or selected down-ballot races.

You could also focus on Congressional seats, or on state legislatures. In the case of legislatures, the goal is to split or change control of legislatures that will be drawing new districts in 2021. Since only 10 states have independent redistricting commissions (list is here), we should focus on the Republican states among the other 40 to minimize the chance of seeing more unfairly gerrymandered districts like the Republican’s REDMAP project delivered in 2011.

Turing to the Senate, here’s a chart that shows races by current margin, and by what the political moneyball group calls “voter power”: 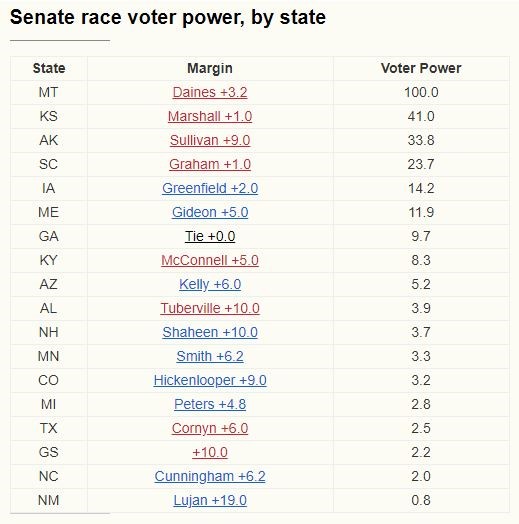 The red names are Republicans, blue are Democrats. By convention, the race where resources go the farthest is set to a voter power of 100, with the other races calibrated against it. The Montana race has immense voter power, since the state has so few residents. Money or time spent trying to get Steve Bullock elected can go 50 times farther there than against John Cornyn in TX, who has a big lead in a big state. If Bullock wins, that’s likely to mean Democrats will win control of the Senate.

Wrongo’s friends want to see Mitch McConnell defeated in KY, but Wrongo advised not to donate to Amy McGrath, the Dem running against him. It’s a difficult race to win. Instead, they should focus their time and money into races with lower profiles but better chance to win. Like Sarah Gideon running against Susan Collins in ME.

“Find…tabs for “Moneyball” states where “a few hundred voters mobilized in the right districts could bring a state bipartisan control of redistricting, leading to fairer districts for a decade.” These include TX, MN, KS, FL, CT, and NC. Voters in those states should examine where their money and effort could do the most good.”

Time to wake up Voters! It is surely the right time to build your list of candidates to support to flip the Senate, and to pick down ballot-candidates to create a firewall against gerrymandering.

To help you wake up, a special treat. Here’s an accomplished guitarist Wrongo had never hear of, Justin Johnson. Johnson is playing an original composition, “Rooster Blues”, live on a four-string cigar-box guitar. Sounds fantastic:

Watch it. You won’t be disappointed!

And if you liked that video, you might like him playing “While My Guitar Gently Weeps” on a vintage oil can guitar here.