“Donald Trump has made America great again, and he will make it great again, again, if reelected, but right now, Joe Biden and the Democrats are ruining America and filling it with chaos. So don’t you think it’s time for a change?”

We can’t let Trump highjack the narrative away from our other major problems: Consider that stocks in the US hit all-time highs this week, but another 1 million Americans filed for unemployment benefits. This shows that employers continued to eliminate mind-boggling numbers of jobs, five months into the pandemic. One result is that 12 million people have lost employer-sponsored health insurance since February due to losing their jobs.

Our economy remains far worse than it was in January. The Fed’s weekly economic index suggests that the economy is still more deeply depressed than it was at any point during the 2008 financial crisis. The stock market rise is driven by only a small number of technology giants (Apple, Google, Amazon, and others). And the share prices of these companies have very little to do with their current profits, let alone the state of the economy in general.

Trump has not offered a solution for any of this, because he doesn’t need an answer if you think rioting and looting are more important. On to cartoons.

Why the stock market’s up when everything else is down: 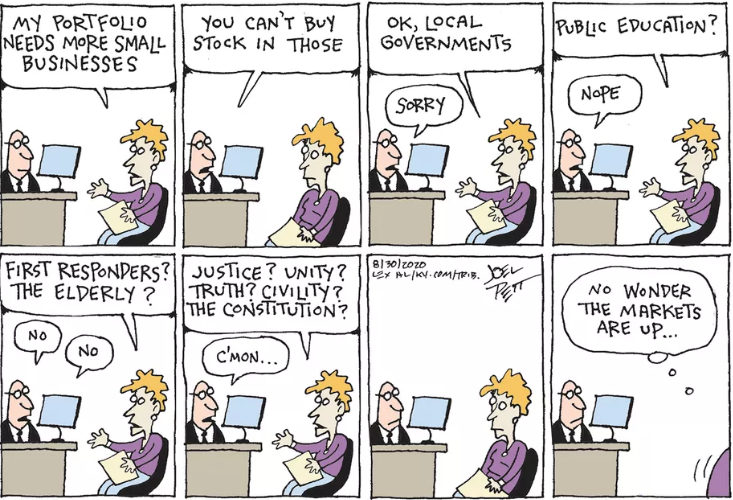 Guess which side thinks Kaepernick is a traitor, but Rittenhouse, the shooter is a patriot? 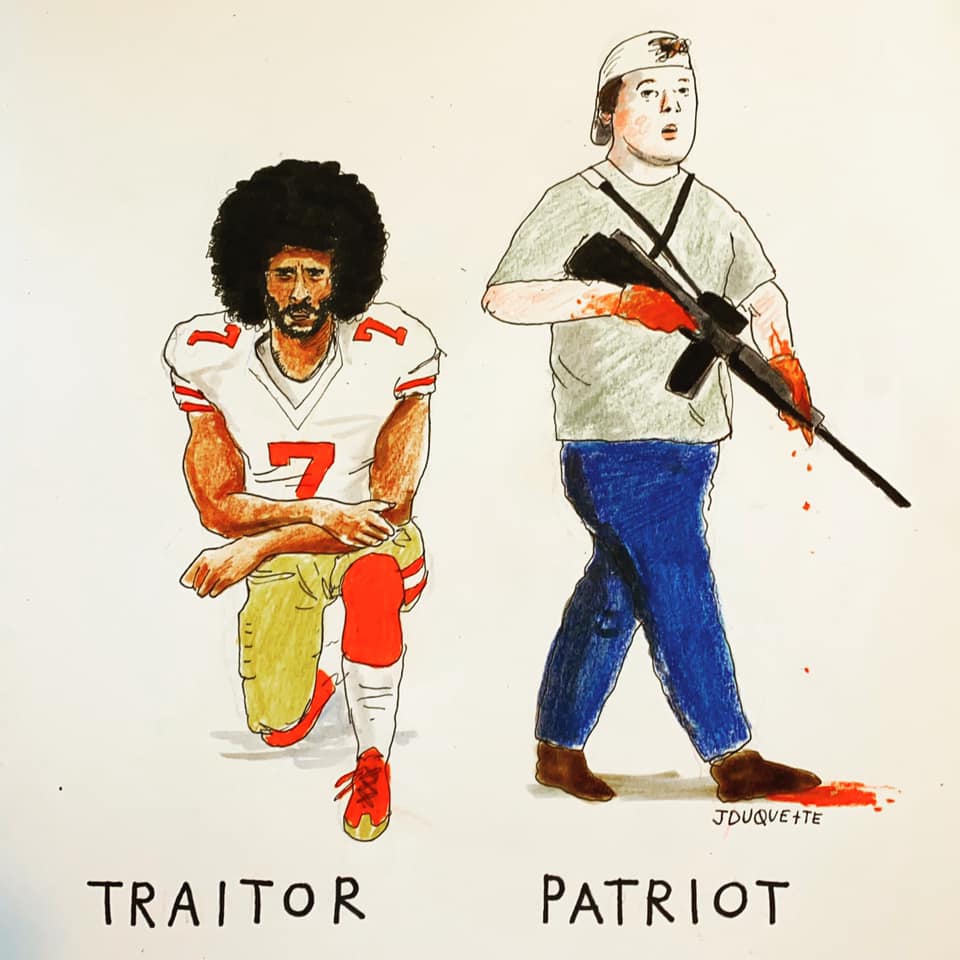 Trump says he’s not going down with the ship: 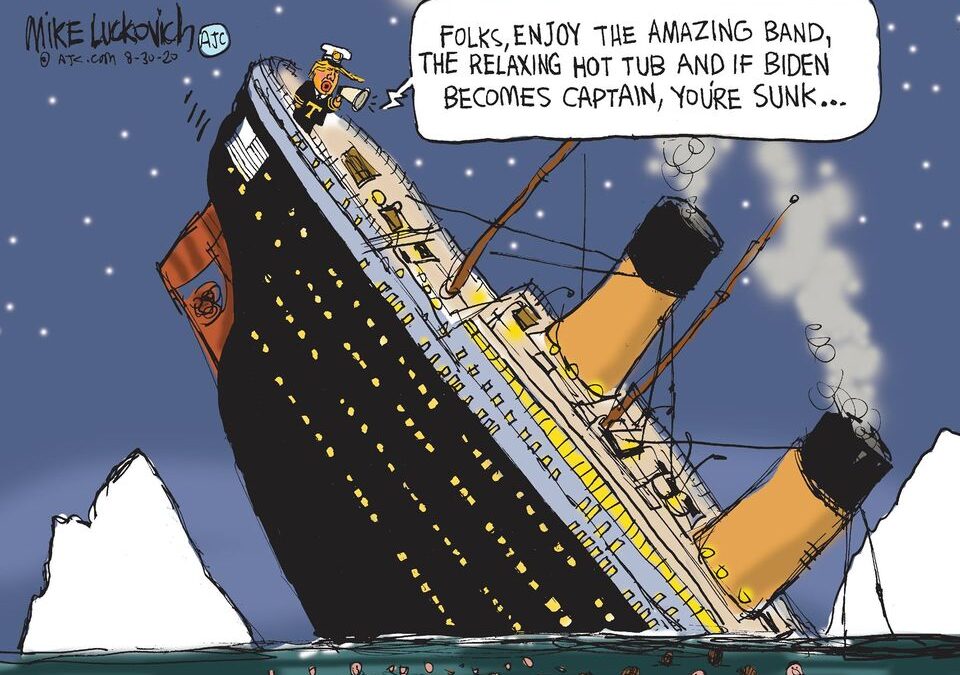 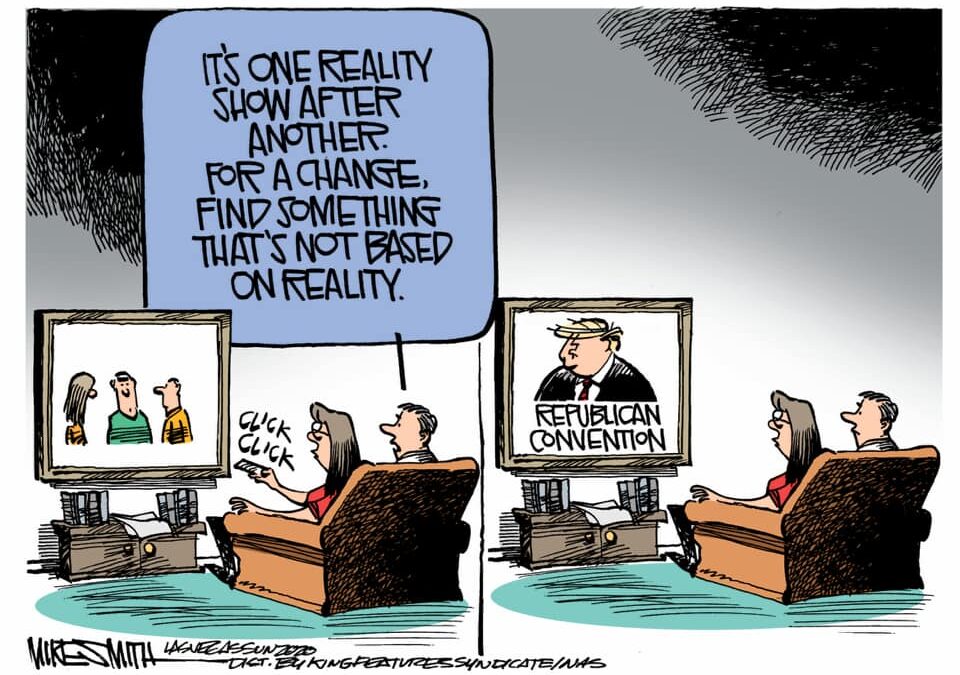 Some think that professional athletes shouldn’t say anything about BLM: 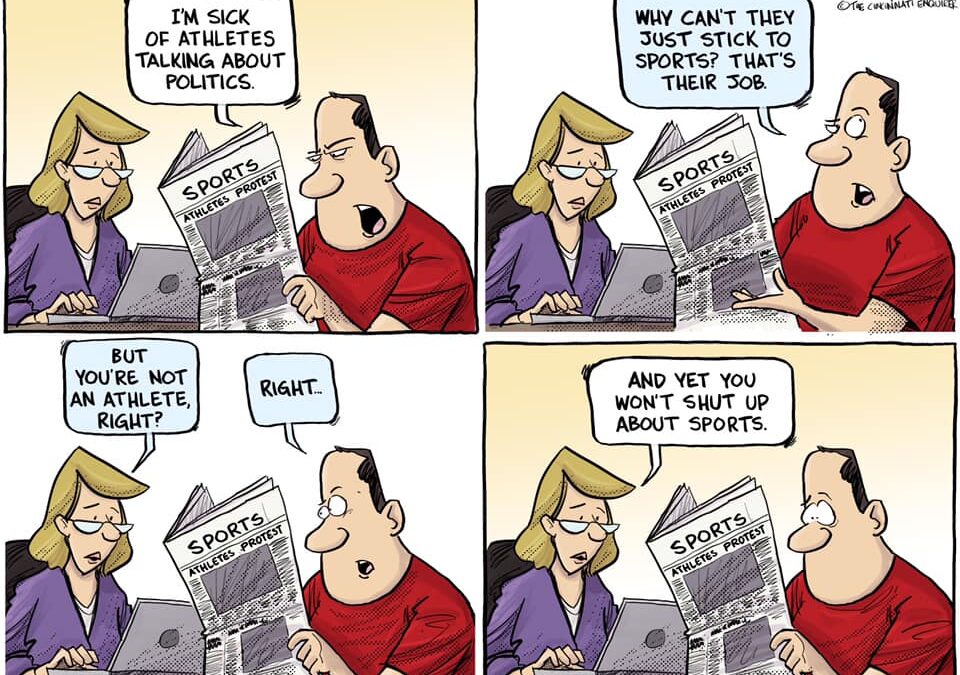