For Republicans, life begins at conception, and ends when the government requires you to wear a mask.

Wrongo thinks that this election is really about one thing: COVID-19. You may think differently, but you should watch the video linked below. It’s a timeline of Trump’s response to the pandemic. As things stand now, 215,000 (and growing) Americans have died. The argument that if Trump hadn’t played down the seriousness of a pandemic that he KNEW to be serious, untold thousands would still be alive today. This should be convincing to all but the most fanatic Trumpers.

If you are on the fence, this video makes a pretty damning case. The only defense Trump ever uses is that he stopped flights from China on February 2. But even that is untrue. According to a report in The NYT, at least 430,000 people arrived in the US on direct flights from China after the outbreak was reported on the last day of 2019. This included nearly 40,000 in the two months after the February restrictions were put in place.

Here’s the roughly 10 minute video produced by a UK group, Led by Donkeys:

Trump’s message from the White House on Saturday was “you can beat this”: 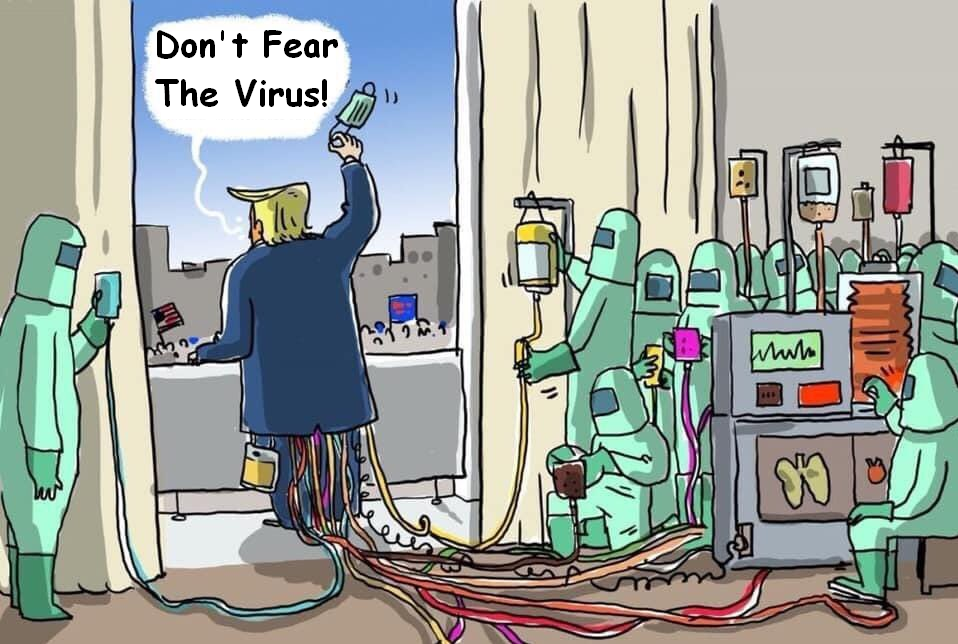 How is a virtual debate different from what the rest of us have been doing? 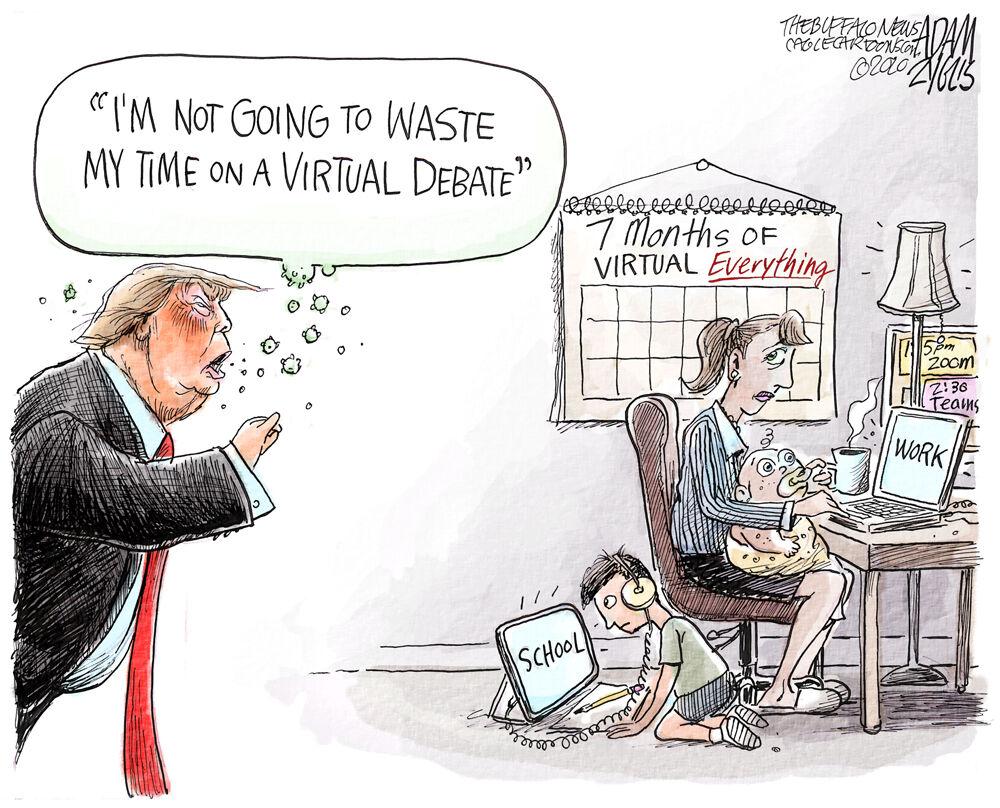 No empathy for you: 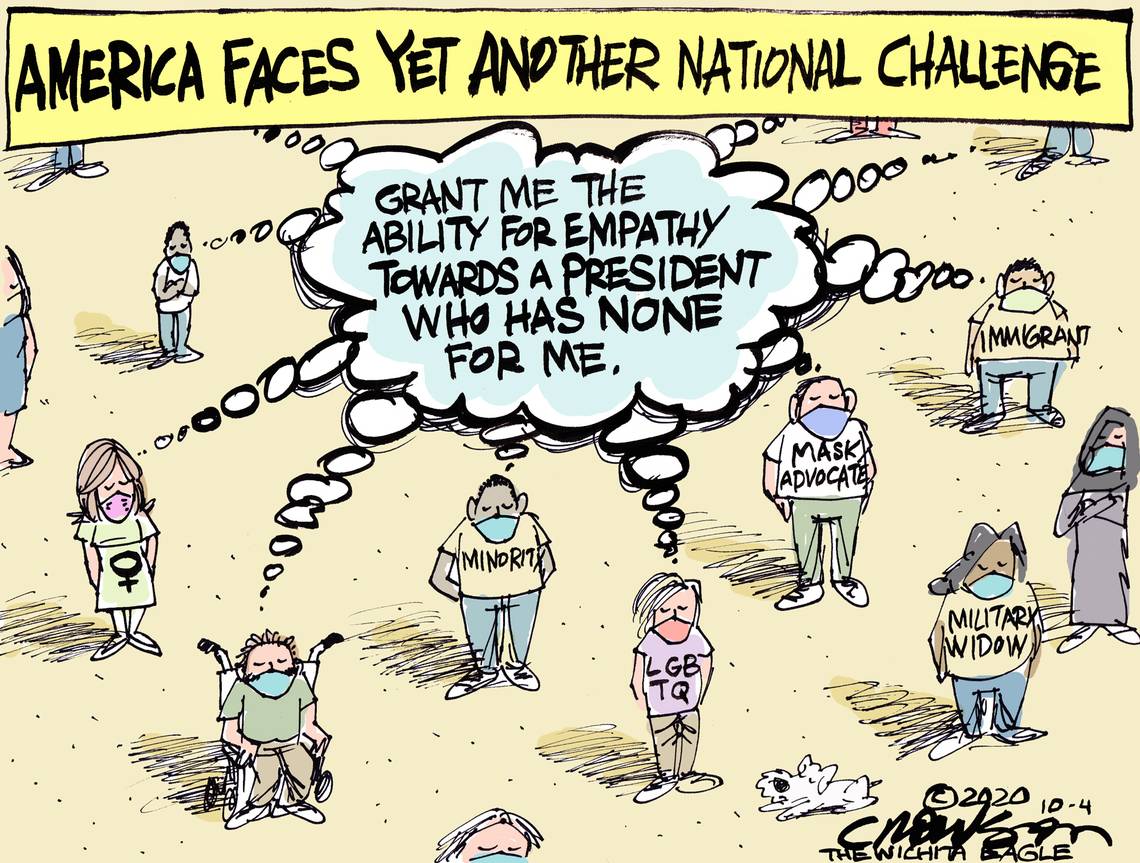 Why are we not surprised: 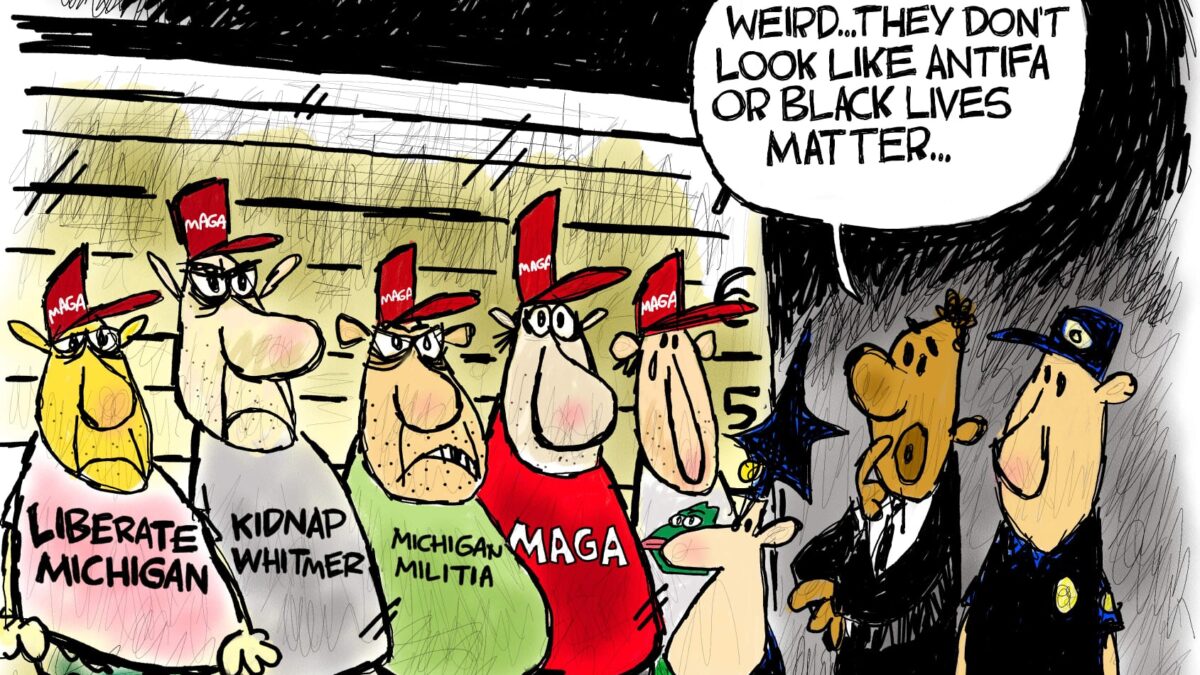 The video is an excellent summary that even a Trump voter should be able to understand.