(There will not be a column on Election Day or Wednesday unless something huge happens. Normal posting will resume on Thursday.) 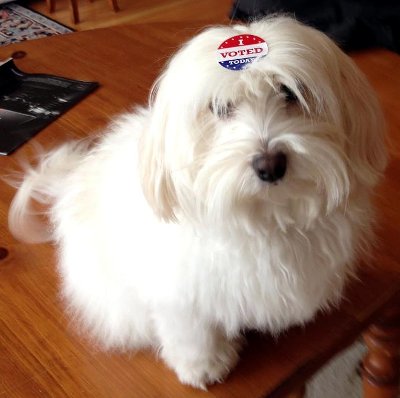 24 hours to go, fingers crossed. The next few days are going to have plenty of emotional ups and downs.

Even if the result is a Biden victory, waiting for it is going to be nearly unbearable. The alternative outcome? A disaster. Voters’ opinions always tighten in the last few days, so there isn’t a ton of reassurance to take from the last minute polls.

Wrongo wrote 25 posts in October, containing about 18,000 words, mostly about national politics. It seems like there shouldn’t be much more to say, but here goes.

With early voting nearly over, more than 91 million Americans have already cast their ballots. If the current rate holds, more than 100 million ballots will have been cast before Tuesday. That massive early turnout will equal about 72% of the 139 million votes cast in 2016, and for the first time in history, a majority of ballots will have been cast before Election Day. 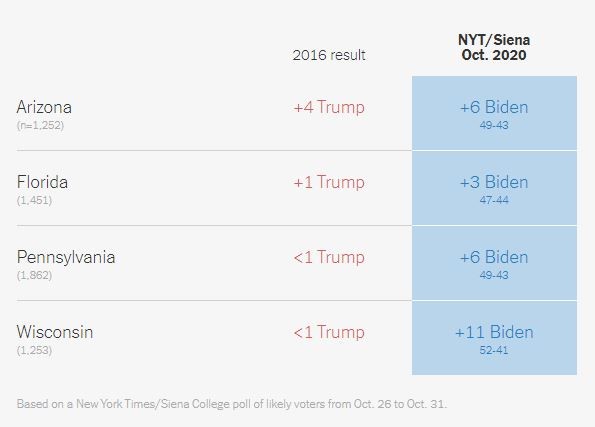 In Pennsylvania, Siena College says that only about 33% have voted early. Those who’ve already voted favor Biden 79%-16%. But among the two-thirds yet to vote, Trump has a 57%-34% lead. The math says that if those numbers hold, Biden will get 48.4% to Trump’s 42.9% of the vote, with ± 7% undecided. Trump would have to take all of the PA undecideds to come out on top, so Biden seems to have the advantage.

Again, this sounds good, but Republicans aren’t going to lay down in their efforts to steal the election.

We know this because of an alarmed commissioner. You can bet this is going on across the US, and Trump is actively encouraging it. Here’s a 3am tweet:

“If Sleepy Joe Biden is actually elected President, the 4 Justices (plus1) that helped make such a ridiculous win possible would be relegated to sitting on not only a heavily PACKED COURT, but probably a REVOLVING COURT as well. At least the many new Justices will be Radical Left!

Trump is making it clear not only that he is planning to contest the results of the election all the way to the Supreme Court, but that he fully expects the Court to hand him the win.

Think about this: Two years after Obama won in 2008, helped by an unprecedented small donor campaign, John Roberts writes the majority opinion in Citizens United which allows GOP donors to tip the scales going forward.

A year after Obama won in 2012 with record minority turnout, John Roberts wrote the majority opinion striking down key parts of the Voting Rights Act which immediately led GOP-run states to enact barriers to minority voting.

And now SCOTUS, with three Justices (including Roberts) that were part of the Republican team in 2000 in Florida that helped GW Bush win at the Supreme Court, is poised to disqualify millions of legitimate votes to keep the GOP in power.

Robert Kagan in the WaPo had a great article on Friday:

“We kept counting on others to save us — our institutions, our political leaders, our courts — but help never arrived…And as we waited for someone, anyone, to do the right thing, we moved closer to the end….Now all we have left is the people. The voters, for all their failings, may prove more trustworthy than their supposed guardians. They may deliver us by delivering an irrefutable landslide to Biden. Or, failing that, by going out into the streets in an American version of “people power” to foil the plot against their democracy.”

Will the system work? That we even have to ask the question is the answer.

Wake up America, it comes down to us. At the ballot box, or if necessary, in the streets. To help you wake up, listen to “I Wanna Be Sedated” from the Ramone’s 1978 album “Road to Ruin”. Being sedated for the next few days doesn’t sound so bad:

I wanna be sedated

Nothing to do, nowhere to go,

Oh I wanna be sedated