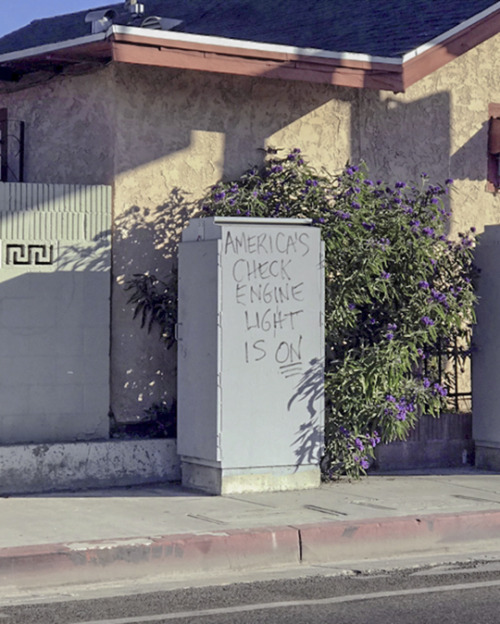 We’re all still waiting with fingers crossed as the vote tallies slowly grow amidst the remaining battleground states, and the blizzard of lawsuits by Trump across the country. Can the guy who wrote “Art of the Deal” close the deal?

It’s interesting that Trump is saying “Stop the count” on Twitter, because if all of the uncalled states really did stop the count, he’d lose, since Biden is ahead in Arizona and Nevada, which would give him 270 electoral votes.

Trump’s words have incited some of his followers to show up at ballot-counting sites, armed in some cases, to scream at poll workers. That has necessitated local law enforcement to show up to keep the counting sites secure and the poll workers safe.

Despite that, most of America understands we have to follow the math: Counties with small populations finish their vote counting early, and they tend to lean “right”. Counties with big populations take longer to count. They also have more mail-in votes to count. These are usually urban areas that usually lean “left”. What initially looks like a win for the “right” can slowly erode over time, as the higher populated areas finish counting and their report.

That isn’t proof of a conspiracy to steal an election, as maybe 10% of the Trump-faithful think. It’s been going on for decades, even if Trump has just recently discovered it. As Judd Legum notes, Trump’s various lawsuits sound ominous, raising the possibility of court decisions that could overturn the results of the election:

“But if you look at the details of these cases…they are far less menacing. They appear mostly designed to generate headlines that Trump is contesting the outcome, rather than cases that could determine the outcome of the race.”

Still, this will take at least a week, possibly two weeks to resolve. So let’s have a few hot takes on what just went down.

One key 2020 takeaway is that we had an election with what should have been a game-changing turnout, and instead, it arguably hurt Democrats down ballot. But it allowed the Dems to (probably) win the presidency with split-ticket voter support.

Second, Trump had built a broader coalition than we realized. It does seem clear that the Biden campaign had an ineffective engagement operation with Black and Latino voters. From CNN here’s a breakdown of voter share:

Trump lost support of many White men (down 13 points), but did better with White women (up three points) than in 2016. The bigger story was Biden underperformed Clinton’s margin of victory among voters of color by seven points as Trump did substantially better with both Black men and women.

Trump’s performance among Latinos should alarm Democrats. It helped him keep Florida, which has many Cuban-Americans and Puerto Ricans. But he trails in Arizona, which has more Mexican-Americans.

Third, for all the effort that a lot of smart people have put into it, polling failed us again. There’s too much biased and missing data. People who don’t trust the polls don’t talk to pollsters. Sometimes they flat out lie. In battleground states, polls were consistently 3-6% over-optimistic for the Democrats in both 2016 and 2020. What does it say when people are dumb enough to vote for Trump, but smart enough to lie to a pollster?

Finally, we’re living in some horrible mashup of 2016 (a shocking defeat) and 2000 (a long drawn-out agony). We want answers but somebody is saying “You can’t handle the truth” (yet).

Let’s close by listening to the late Tom Petty. Here’s “The Waiting” (is the hardest part) played live by Tom Petty along with Eddie Vetter of Pearl Jam:

These lyrics sum up where we are right now:

The waiting is the hardest part

Every day you see one more card

The waiting is the hardest part