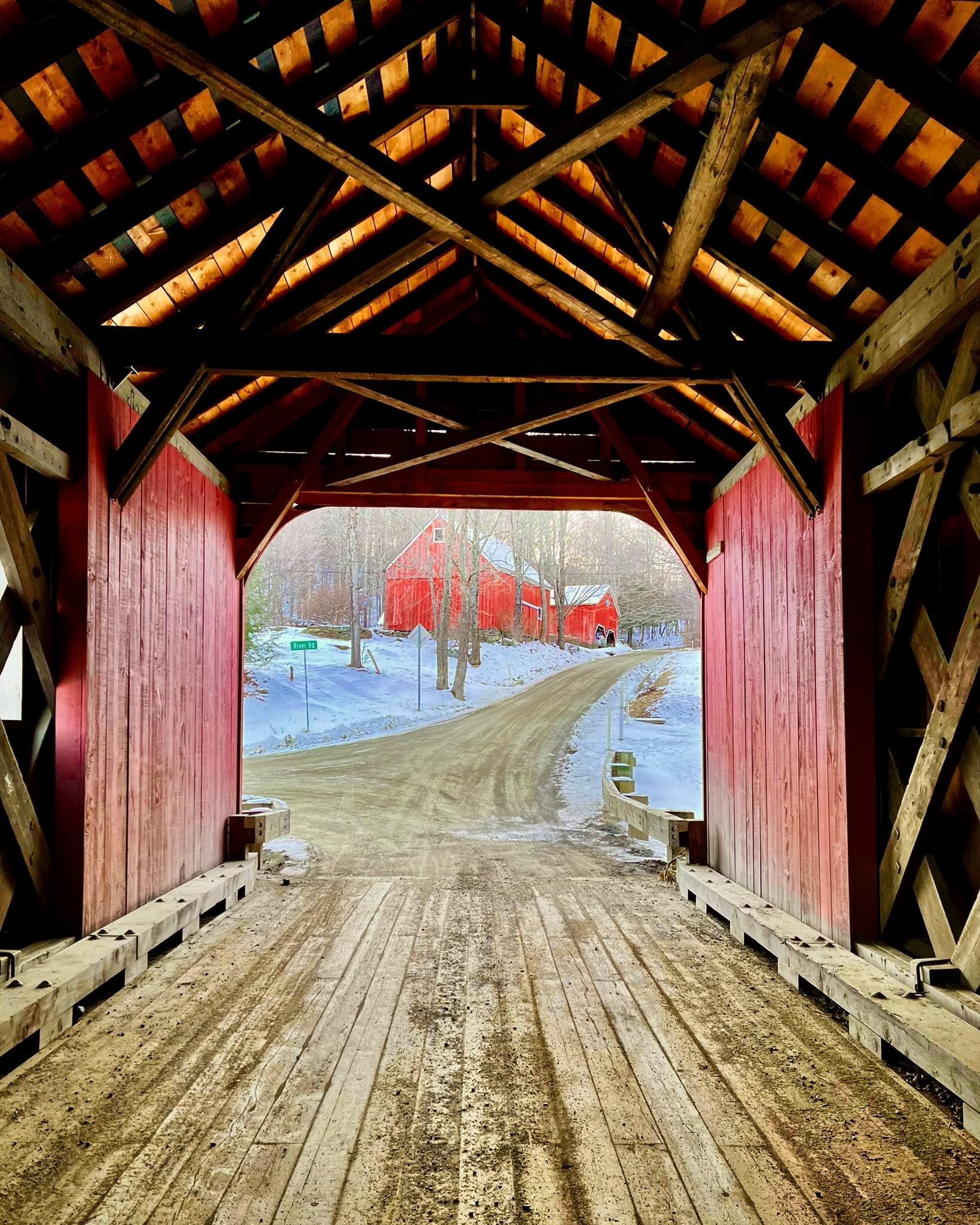 Out of nowhere, we’re all hearing about “GameStop”. From The NYT:

“Traders on the Reddit message board, r/wallstreetbets, a community known for irreverent market discussions, made GameStop their cause du jour and rushed to buy out-of-the-money GameStop options.”

GameStop (GME) is a struggling, mid-size retailer stuck in a legacy business. They sell physical video games in a world where you buy and play them online. The financial fundamentals for GameStop suggest that its price should be below $20. It’s a real company, with about 53,000 employees, but it’s not worth anything close to its current valuation. It began the year at $19, got as high as $350, and is currently dropping like a stone, at about $196 right now.

The r/wallstreetbets crowd numbers about 2 million subscribers. They realized that GME’s float (the number of shares physically available to trade) was very small, small enough that any large order or volume of buy orders would greatly affect its share price.

They knew that GME’s stock could be driven up to the point where the hedge funds that shorted the stock would have to panic-buy them to cover their short positions and contain their losses. They also understood that this could seriously damage those hedge funds.

This is known as a short squeeze, and Wall Street players do it all the time. What’s different is that a bunch of day traders got in on the action. A well-executed short squeeze is a thing of beauty, and in this case, it’s out in the open, and probably legal.

No one seems to be managing this effort. It’s a self-organized campaign with people using message boards to communicate with each other. What’s interesting is that this time, it’s the institutions that were caught with their pants down.

R/wallstreetbets is drawing on techniques used during the 2016 presidential election. Over the course of that campaign, a loosely organized community of alt-right meme pushers and their followers, located on sites like 4chan and Reddit, used social media to barrage Hillary Clinton with an endless flow of memes targeting her supposed inauthenticity and corruption.

They exploited social media to disrupt the normal workings of the US political system, just like these traders are doing this week to the pros on Wall Street. Interestingly, the traders on r/wallstreetbets, describe themselves as “Like 4chan found a Bloomberg Terminal”. It’s a remarkable testament to the internet’s ability to facilitate collective action.

“This is all fascinating. In the space of 12 years, the role of the short-seller has turned on its head. Back in 2008, it was the shorts who upset the status quo, revealed what was rotten in the state of Wall Street, and brought down the big shots. They were even the heroes of a big movie. It was the Wall Streeters who attacked them.”

Now, short-selling hedge funds are seen as part of a corrupt establishment (as they should). And there is a deep generational divide: those unable to own their own home, who have student debt up the wazoo, and are forced to plan retirement without a pension have a stunningly unfair deal, compared to those of an older generation. That percolates into anger, in this case, partly directed at hedge funds.

Anger, at least as much as greed, has the capacity to make us throw caution to the winds. Many of us have a lot to be angry about. It’s impossible to foresee the consequences of similar angry bubbles driven by social media.

It also made a few titans of Wall Street angry. Here’s Leon Cooperman: 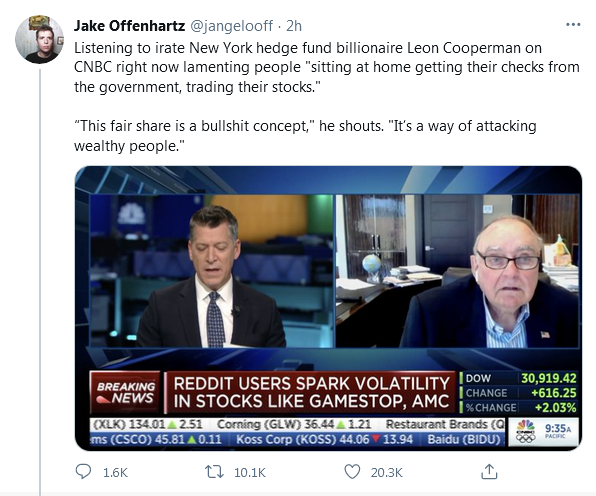 This is hilarious! Short positions get squeezed all the time, but the fact that he’s losing to a bunch of losers, who are “sitting at home getting their checks from the government, trading their stocks.” is unacceptable!

For God’s sake these people didn’t even go to Wharton!

And early on Thursday, Wall Street got a measure of revenge, when the trading platform Robin Hood suspended trading in GME. More than half of all Robinhood users own at least some GameStop stock.

No shortage of irony when you’re named Robin Hood, but you protect the rich by blocking everyday citizens from trading.

It’s almost as if capitalism is a tyrannical system arranged to benefit a select few.

Another abuse is private equity. While private capital is useful for creating something new, most private capital has been used to take an existing business, often in a legacy sector like retail, buy the company, leverage the assets, sell it in a new public offering and in the meantime whatever was of value in the old company is gone. Sears – whatever might have been its fate, was rushed to its doom by those who destroyed its value – so a once very good hardware business, coupled with decent work clothes. You can go business by business and see the wreckage.

People trading GameStop on Robinhood, it seens to me, are in same category as those who can’t afford it are addicted to gambling in casinos and on horses. Btw, active traders should always have a backup platform (e.g. eTrade) in case of a glitch.