Trump left office with numerous lawsuits against both him and his administration still pending. That was part of a run-out-the-clock strategy to avoid accountability while president.

Shortly after Trump’s presidency ended, so too did the two lawsuits claiming he used the Oval Office to enrich himself, violating the Constitution’s Emoluments Clause barring federal officeholders from accepting certain gifts and payments while in office.

Some legal actions, like efforts to obtain his tax returns, are continuing, but experts say that while he was in office, Trump’s run out the clock strategy worked. Before Trump took office, it was rare for presidents to petition the Supreme Court for an emergency stay of a lower court ruling. Those stays had the effect of allowing a federal policy to go forward while a legal challenge plays out. Trump treated these requests as a standard litigation tactic. From the Hill: (emphasis by Wrongo)

“The combined administrations of former Presidents GW Bush and Obama made just eight such requests over 16 years, with only four requests being granted.

In Trump’s first three years in office, his Justice Department asked for 29 emergency stays. In response, the court granted relief 17 times. A number of stays were still in effect when Trump’s term ended Jan. 20, meaning a final ruling is unlikely to ever be reached in the underlying cases…”

Exactly as envisioned by The Founders. On to cartoons.

Republicans will let him skate again: 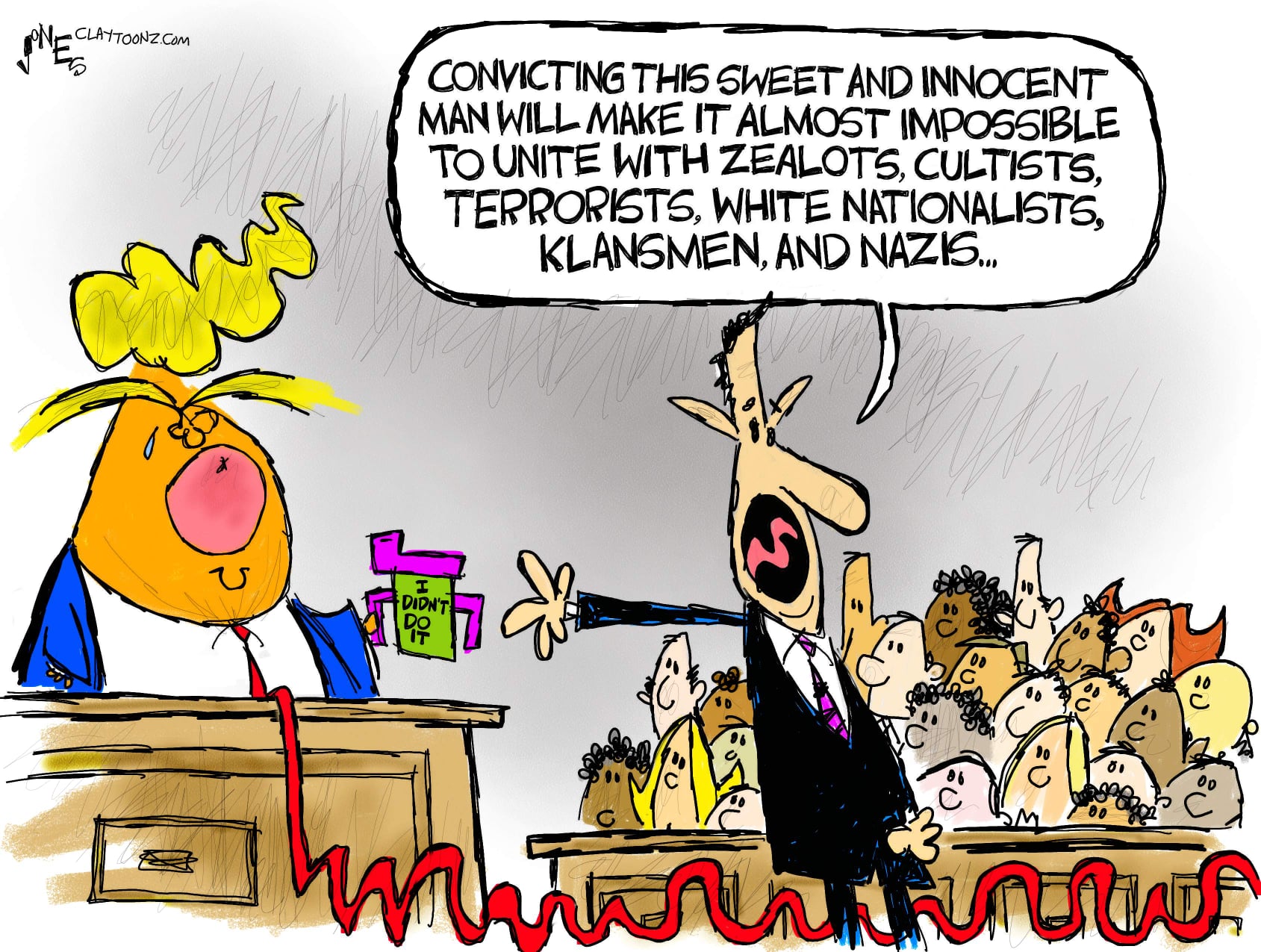 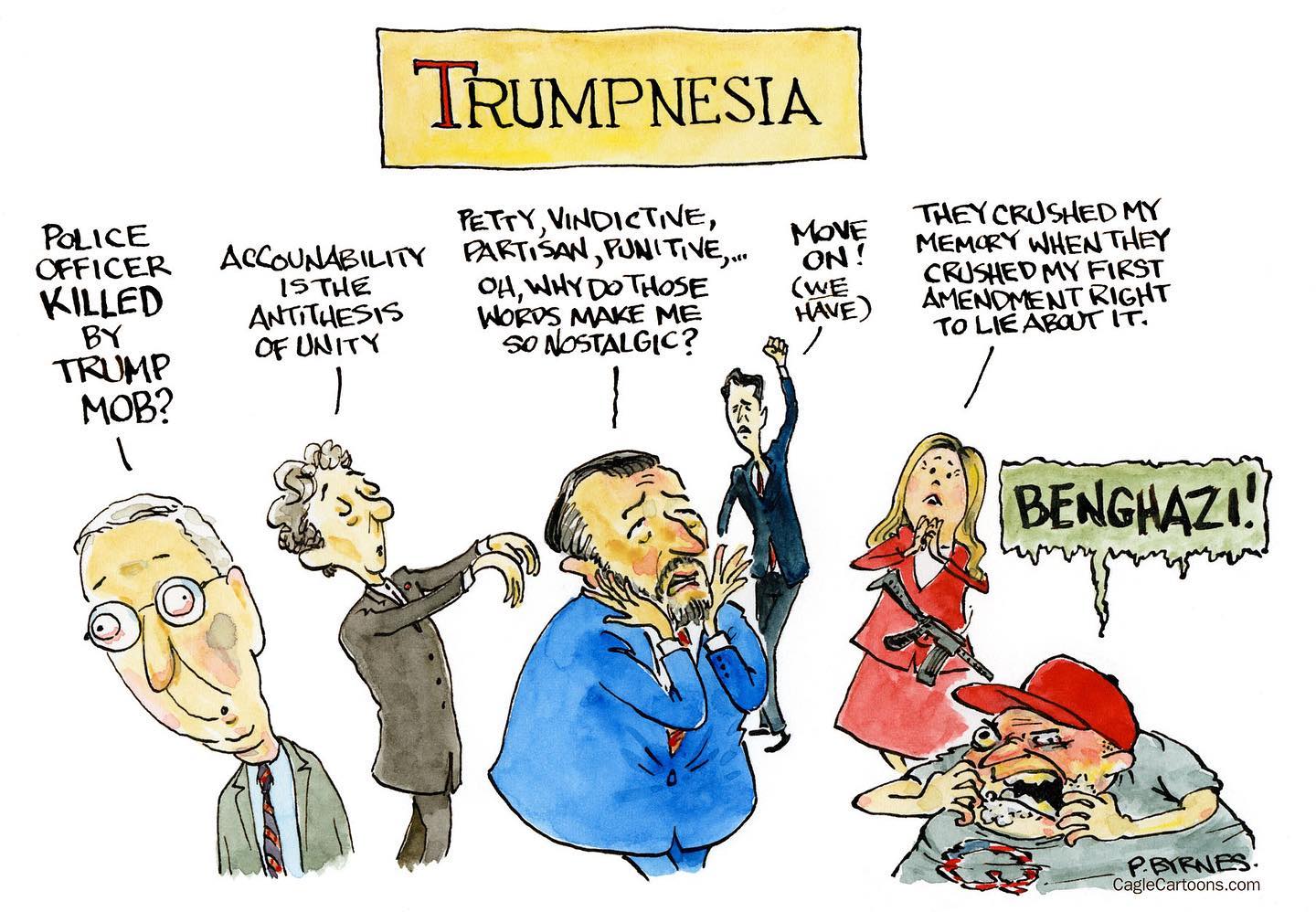 Some DC pets have been there a long time: 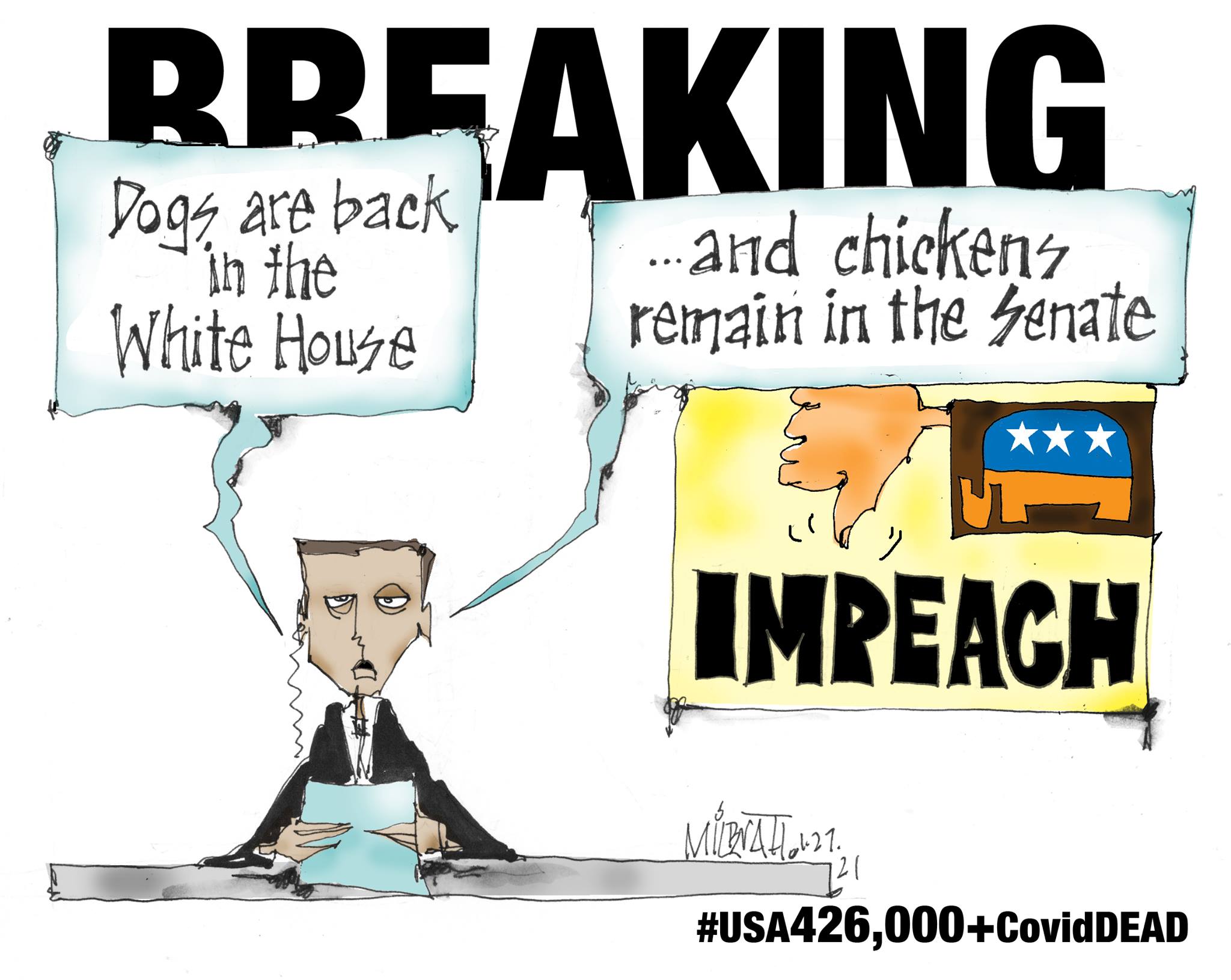 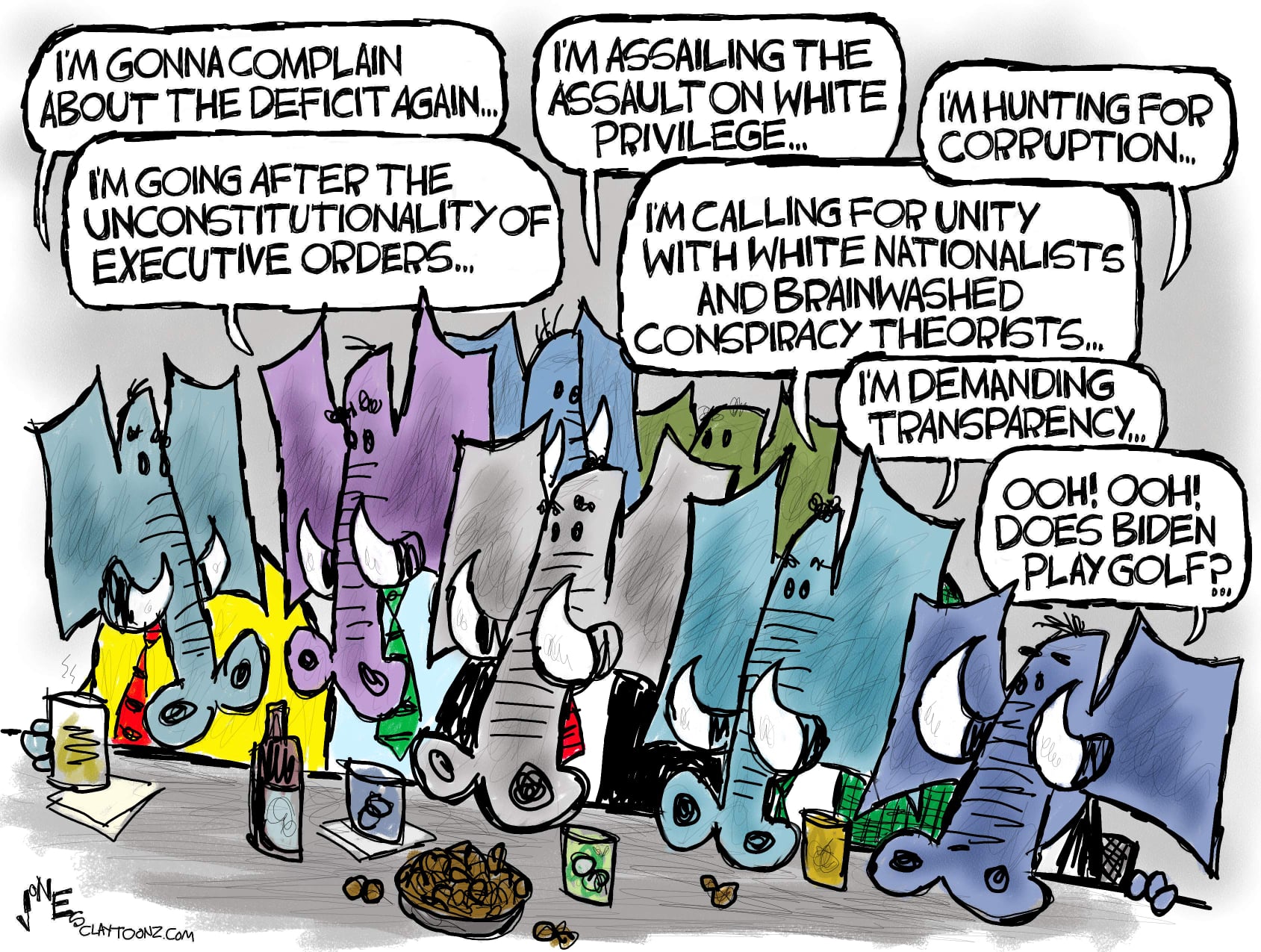 Evolution of the elephant: 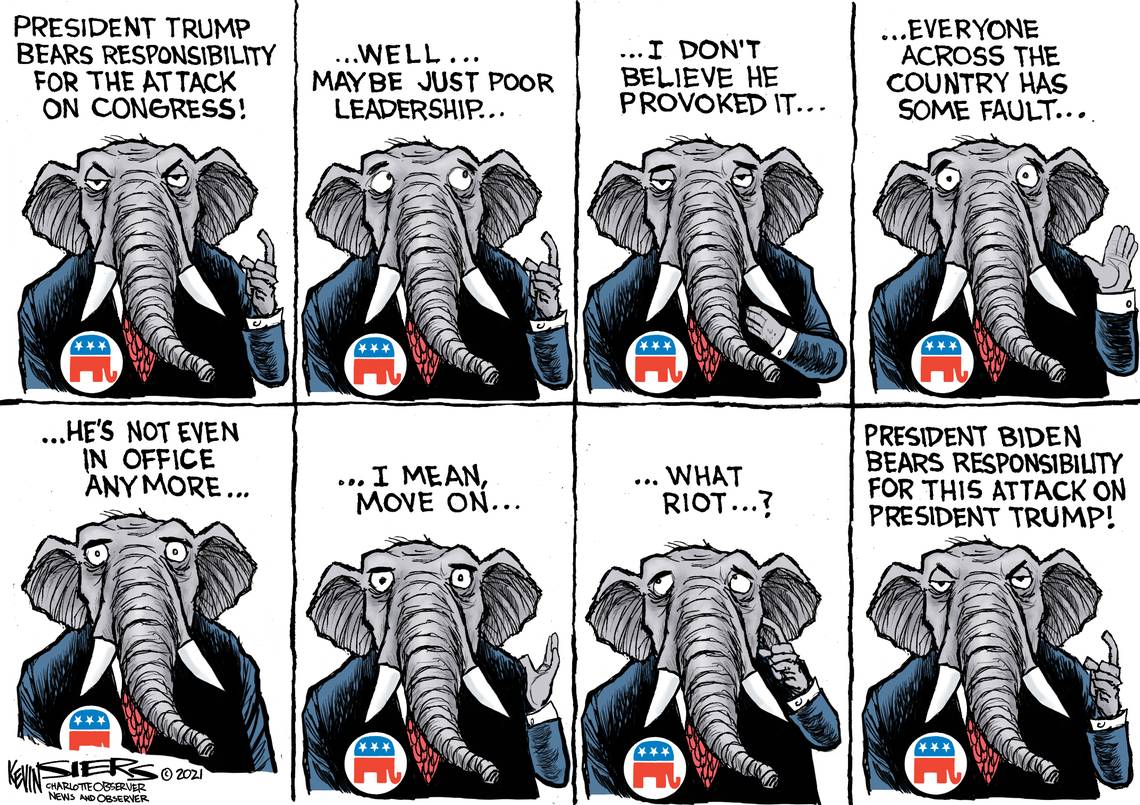 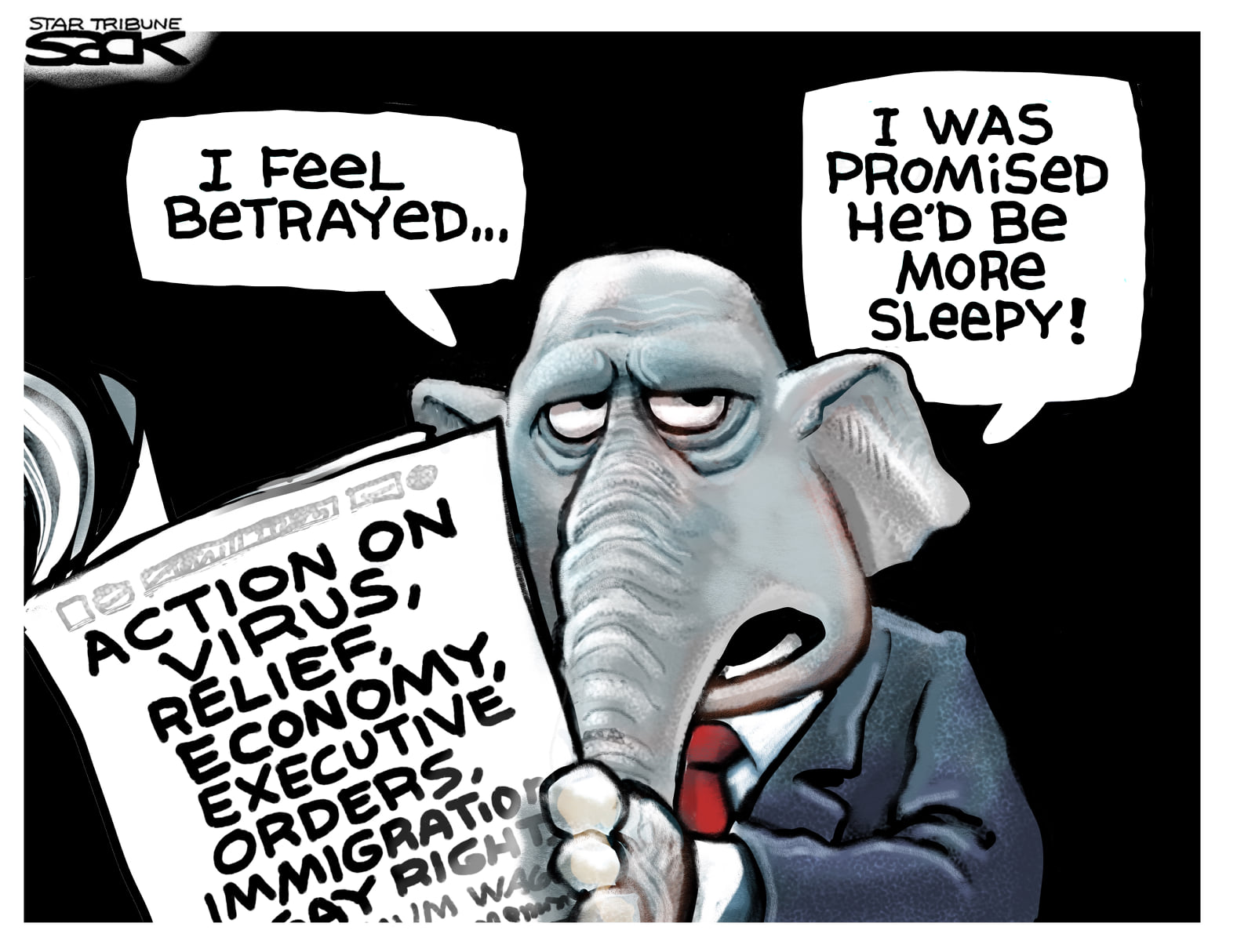