Believe it or not, on Monday, Merrick Garland finally gets a hearing in front of a Senate committee! Whether he will be confirmed remains to be seen. John Pavlovitz nails it, and also nails Ted Cruz:

“Ted Cruz represents the heart and soul of the Republican Party: that’s why he left people in pain, that’s why he fled a crisis, that’s why he will be defended by his callous Republican counterparts—and why so many GOP voters will vote for him again, should they survive their cruelty.”

“…Cruz is the defective moral compass of those who’ve spent the past twelve months doing everything they could to be a deadly pandemic’s greatest allies and causing nearly half a million Americans to die;
after four months of stoking fake election fraud conspiracies that incited a murderous assault on our nation’s Capitol….after weeks of being so enamored with defending their disgraced cult leader’s non-existent honor, they’ve been useless in creating a stimulus plan to rescue those millions whose lives have be upended by a historic health crisis he did nothing to combat.”

As Pavlovitz says, there’s no sense of right and wrong with the GOP, only what they believe they will get away with. On to cartoons. 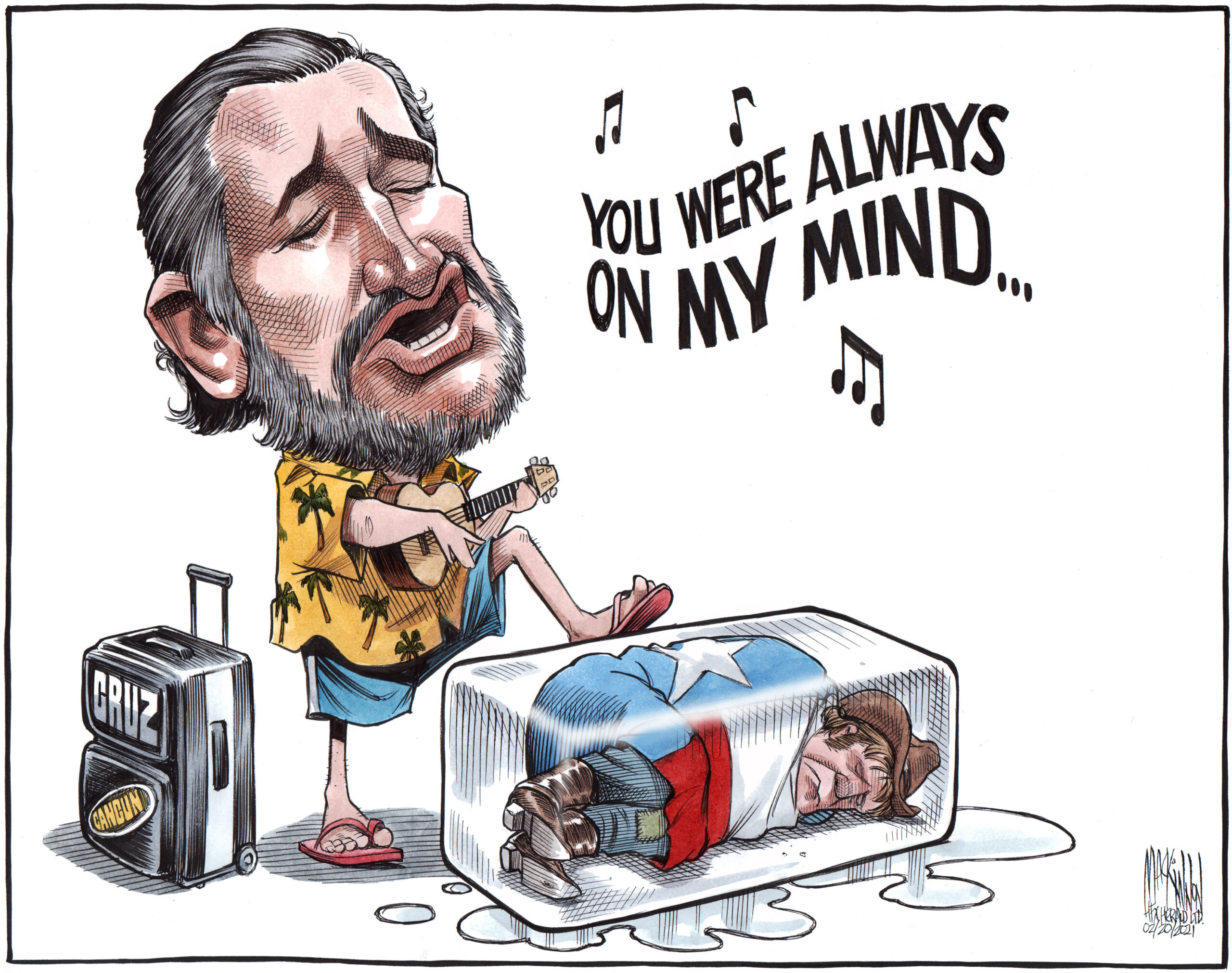 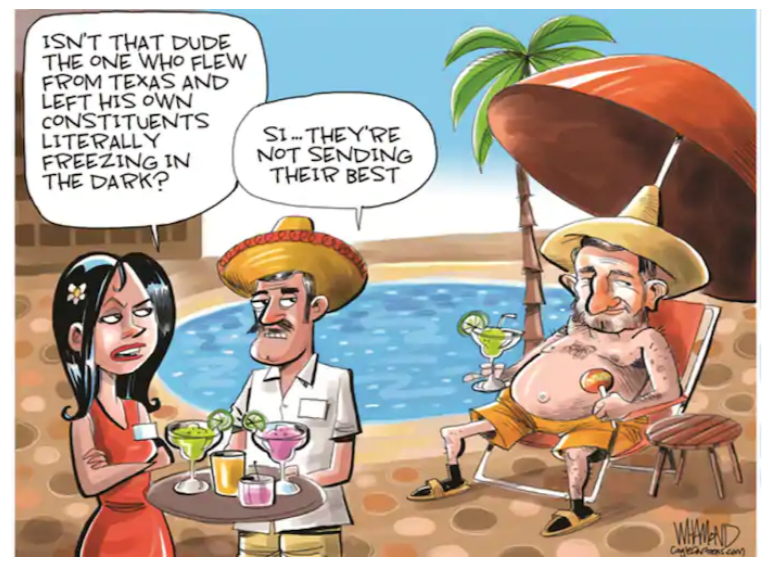 Cruz appears to be nearly finished with his transformation to werewolf.