Buzzfeed reports that the right-wing social media platform Parler offered Trump a stake in the company if he would post exclusively with them:

Parler was focused on building a social network that would serve as an alternative to Facebook and Twitter by taking a much more lax approach to content moderation. By late 2020, it had become a go-to online gathering place for hate groups, conspiracy theorists, and believers in the QAnon mass delusion. It also had attracted prominent Republicans, including Sen. Ted Cruz and Rep. Devin Nunes.

The deal was never finalized, and the discussion was derailed when Parler was deplatformed after the Jan. 6 coup attempt.

“A company’s mere act of offering a stake for the president’s participation looks unethical and deserves further scrutiny….If the offer included anything of value…that would almost certainly be illegal, and he should be held accountable.”

Trump “accountable’? Never happening. Enjoy the Super Bowl, if that’s your thing. On to cartoons.

New rules for this Super Bowl: 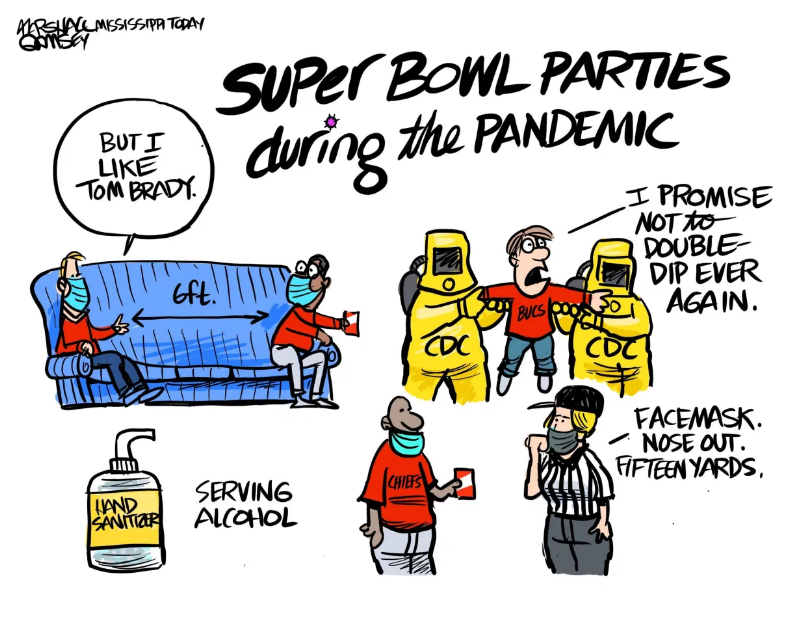 The snake charmer is about to lose: 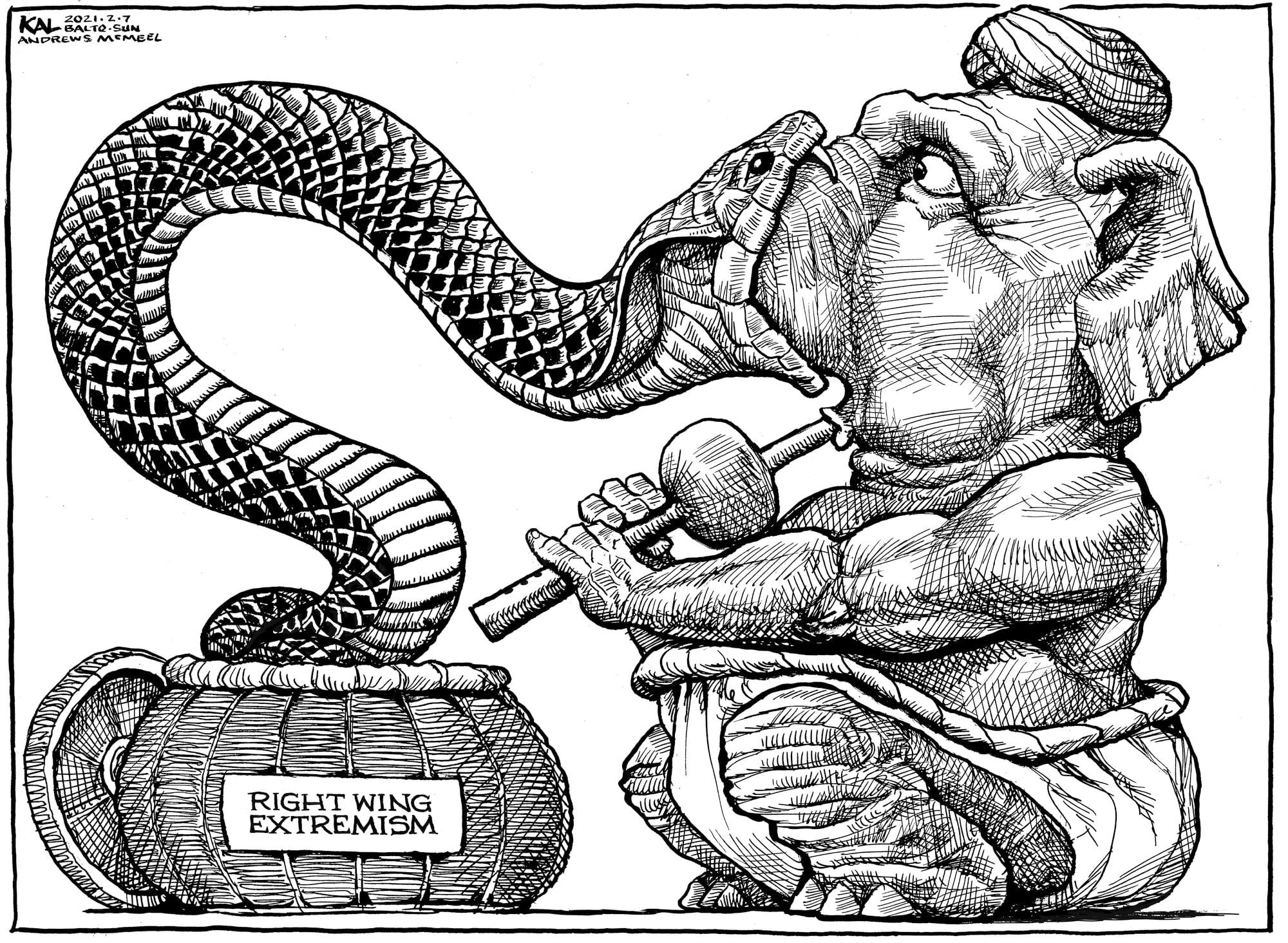 The GOP just can’t quit her: 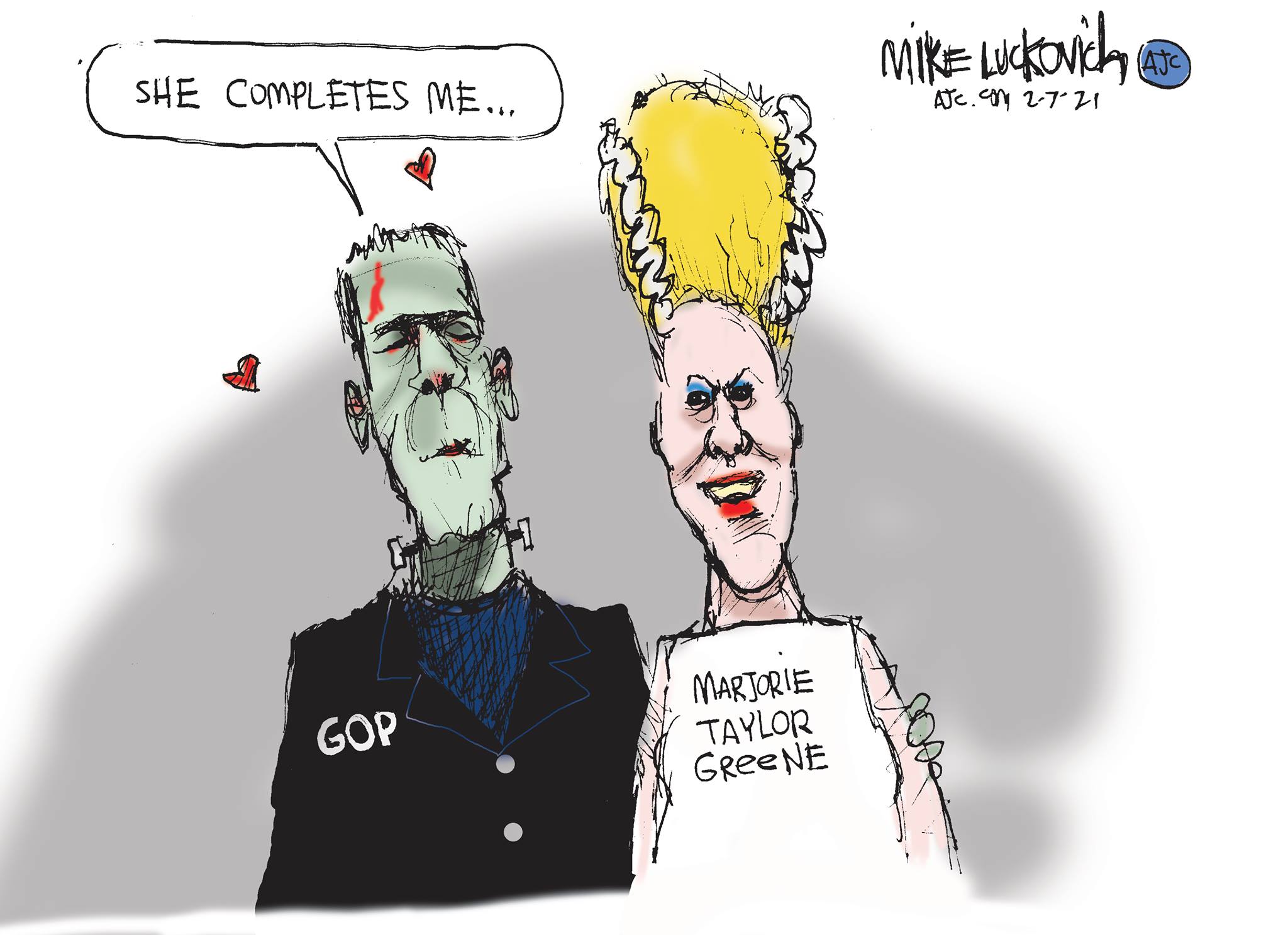 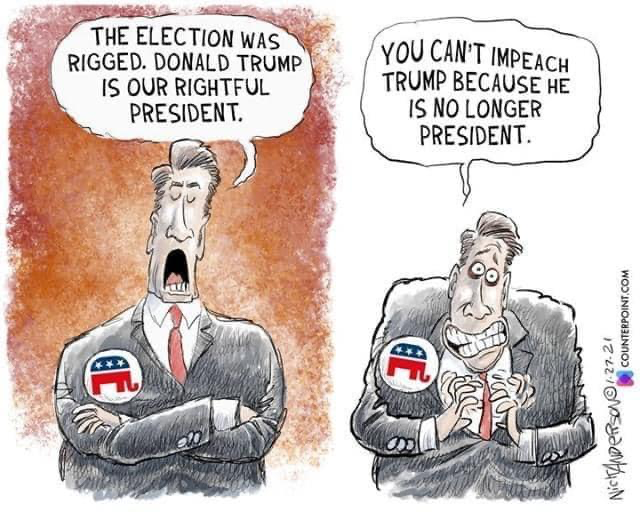 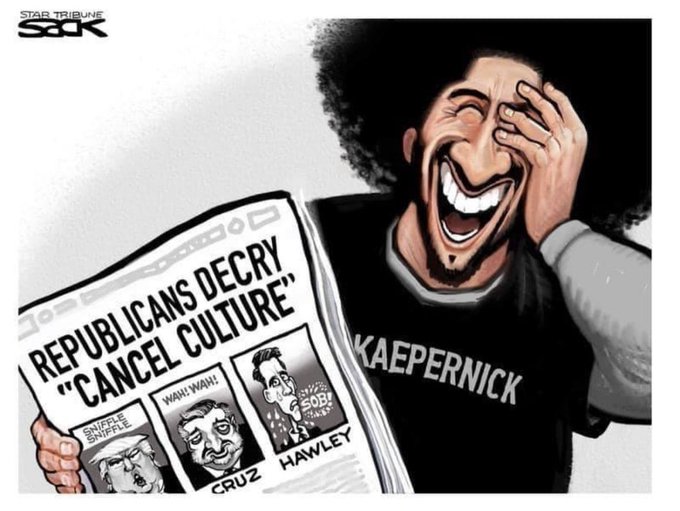