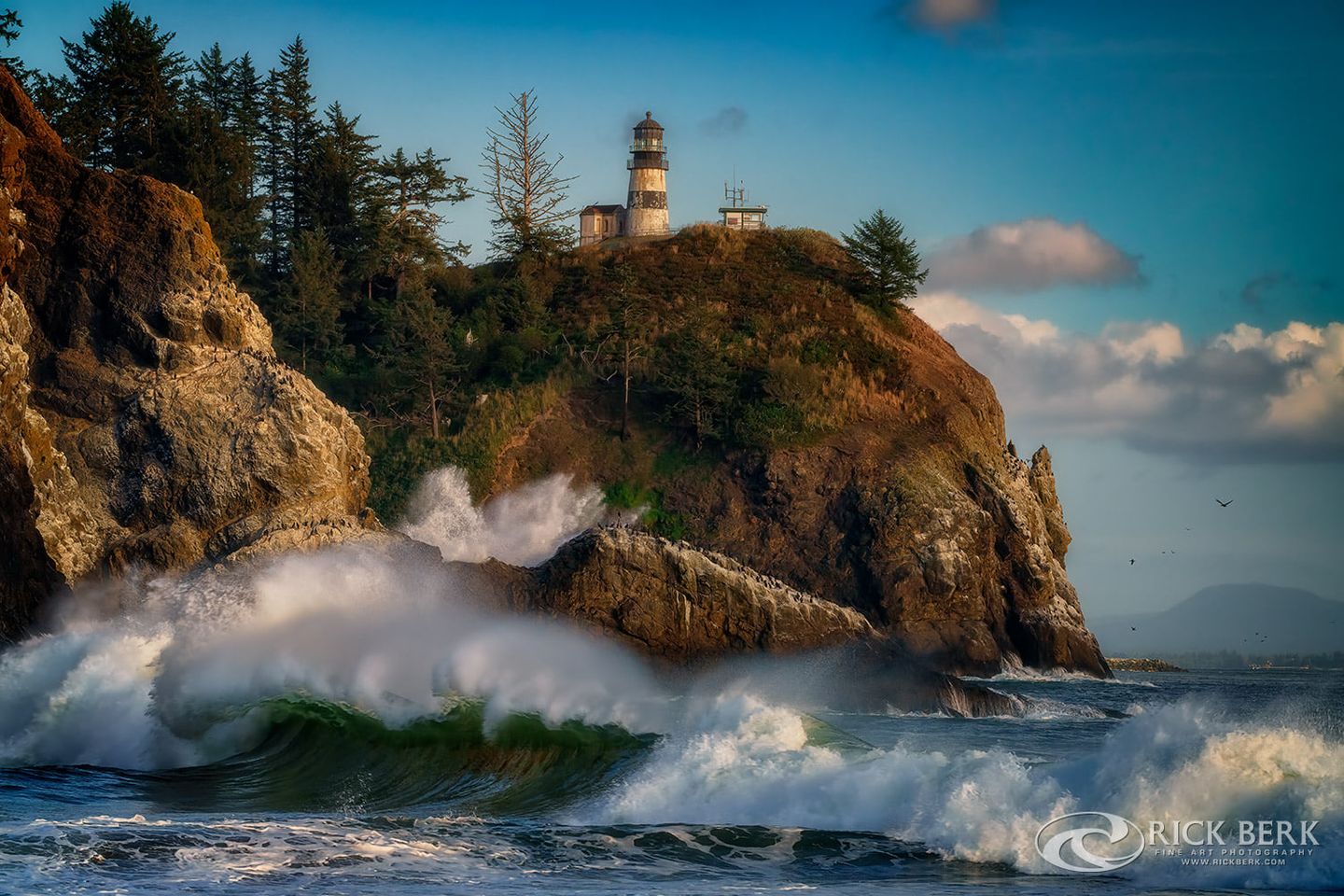 Sunset, Cape Disappointment, WA – September 2021 photo by Rick Berk Photography. The lighthouse was built in 1856 and was the first in the Pacific Northwest.

In politics as in business, there’s theater, and then there’s the real work. Biden outlined his goal of raising taxes on the wealthy to strengthen the middle class and boost the economy in remarks on Thursday afternoon at the White House.

On Wednesday, Biden met with Sens. Joe Manchin (D-WVA) and Kristen Sinema (D-AZ), looking to find a path forward on the infrastructure bill, along with the big social spending package and Machin’s voting rights bill.

Democrats will use budget reconciliation for the social spending bill, bypassing Republican opposition. It allows them to win Senate passage with 51 votes, with VP Harris casting the tie breaking vote, rather than the 60 votes that would otherwise be required.

But that means Manchin and Sinema need to vote for the big bill, something they have said they won’t do. No one who was in the room when the talks took place came out and said that a deal was pending. But there’s still time for that to emerge.

The House Ways and Means Committee unveiled a tax proposal this week to pay for the $3.5 trillion package, which includes Democrats’ plans for universal pre-K, expanding Medicare, child and elder care, and the environment. The committee approved its portions of the big bill in a near party-line vote Wednesday, which included the new tax provisions.

Predictably, the WSJ’s editorial board weighed in on the proposed tax plan, saying:

“…this bill looks like a House Democratic suicide note.”

More from the WSJ: (Emphasis by Wrongo)

A mere $450,000. They trot out their “pity the poor rich” trope any time the possibility that tax rates might be raised shows up. Let’s unpack this:

This opens the possibility that there will be some families that are below the 99th percentile of household income and above the 98th threshold. Under the new law, they would be forced to pay about $700 more in taxes than they do now. That’s assuming the Democrats’ latest effort at socialism in America is enacted. This paltry tax increase might cut into the nanny’s Christmas bonus. Why are Democrats so cruel?

“This is a steep rate increase on two-earner upper-middle-class families. They may reach these income levels after a long career, and only for a couple of years, but Democrats want more than 40% if you include the 1.45% Medicare payroll tax and the 3.8% Obamacare surcharge on investment income.

If you make more than $5 million, there will also be a three-percentage-point income-tax surcharge. That would take the top tax rate to something like 46.4%. Add California or New York taxes, and government will take about 60%. “

“Why do I consider myself successful? Because I am rich! Why am I rich? Well, I was successful! All the other Whites in our gated community are exactly like me, only they’re slightly less successful!”

Note that the WSJ’s editorial board treats these proposed marginal tax rates as if they were effective tax rates. Effective tax rates are notoriously lower. For the top 1% of US taxpayers, (average income of $1.16 million in 2018), all federal taxes: income, payroll, corporate, estate, and excise, averaged 29.6% last year.

More from the WSJ on the Democrats’ plans for the estate tax: (emphasis by Wrongo)

“The death tax exemption would also be cut in half to $5.5 million—which would also hit small businesses and savers who have built up a small nest egg.”

The way the estate tax works is that you also get the full benefit of your spouse’s exemption, should you outlive him/her. So, the proposed $5.5 million exemption means that married couples would still get to pass on their “first” $11 million tax-free to their heirs.

It’s time for Democrats, including Manchin and Sinema, to stand shoulder-to-shoulder and get tax reform done this year.