Last Friday, Wrongo and Ms. Right got their Covid booster shots. It’s a sample of one, but at our local drugstore here in a very conservative part of Connecticut, there was a line to get shots. Some were there for their first vaccinations, but most were waiting for a booster. There’s never a line around here for anything, except when the lobster food truck rolls into town.

But sadly, this isn’t the story for the rest of the country, particularly for cops and heath care workers. Some are saying that the vaccine mandates do little. But health workers who don’t really believe in science are leaving the job. And cops who don’t really care about public safety are leaving policing. Sounds like mandates are working just fine. On to cartoons.

Mandates are nothing new: 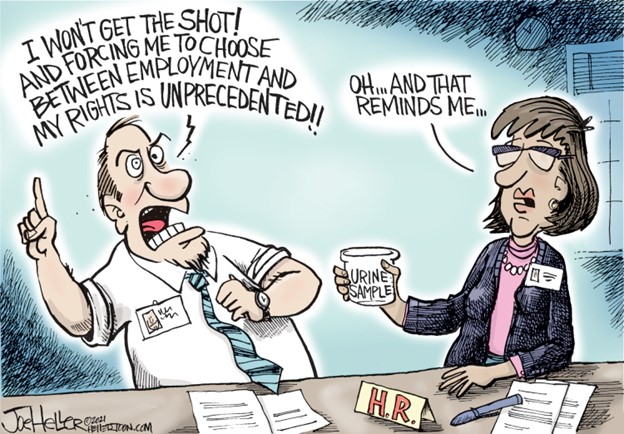 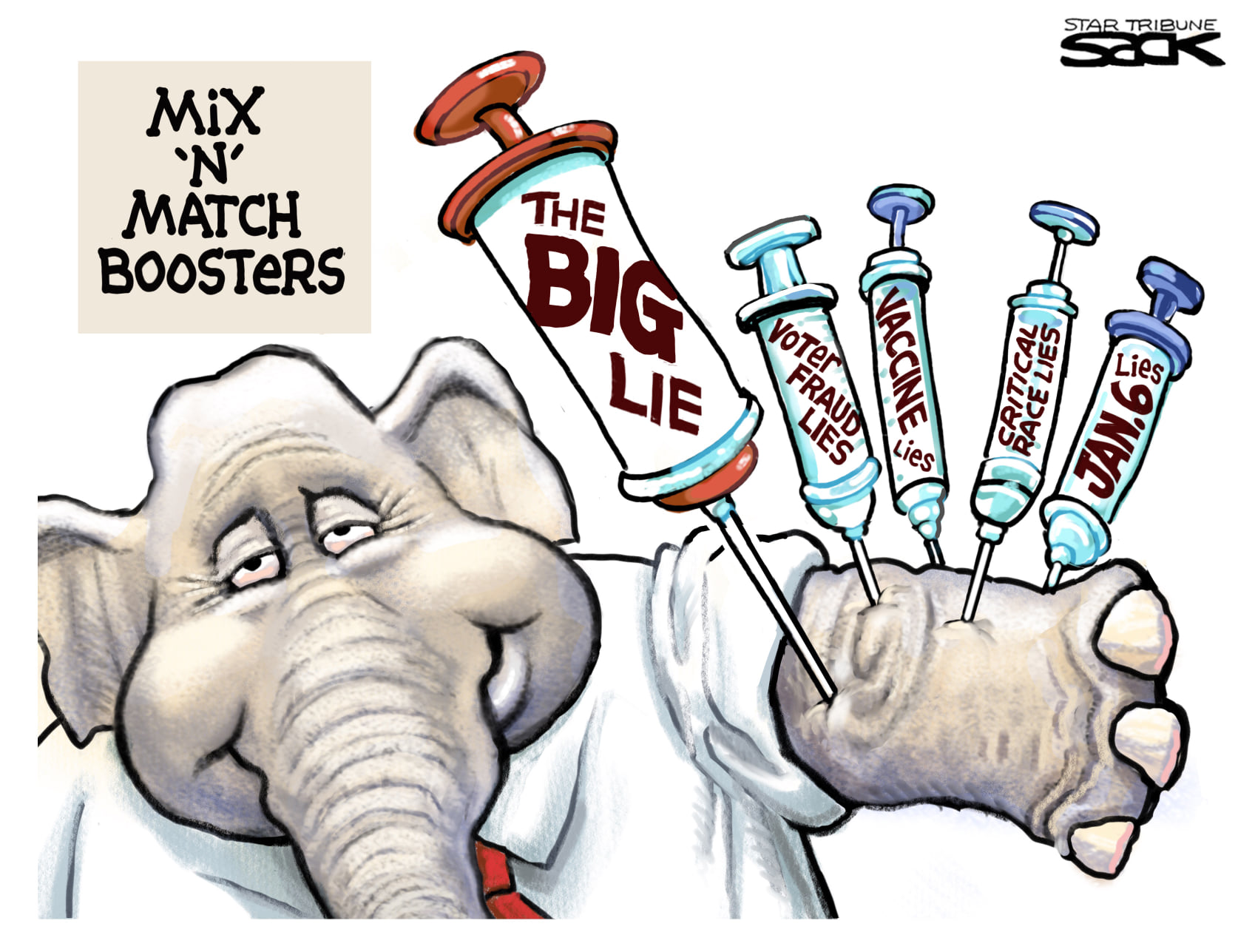 Texas got two new districts. Then the GOP redrew urban districts so that incumbent minority congresspeople are now running against each other: 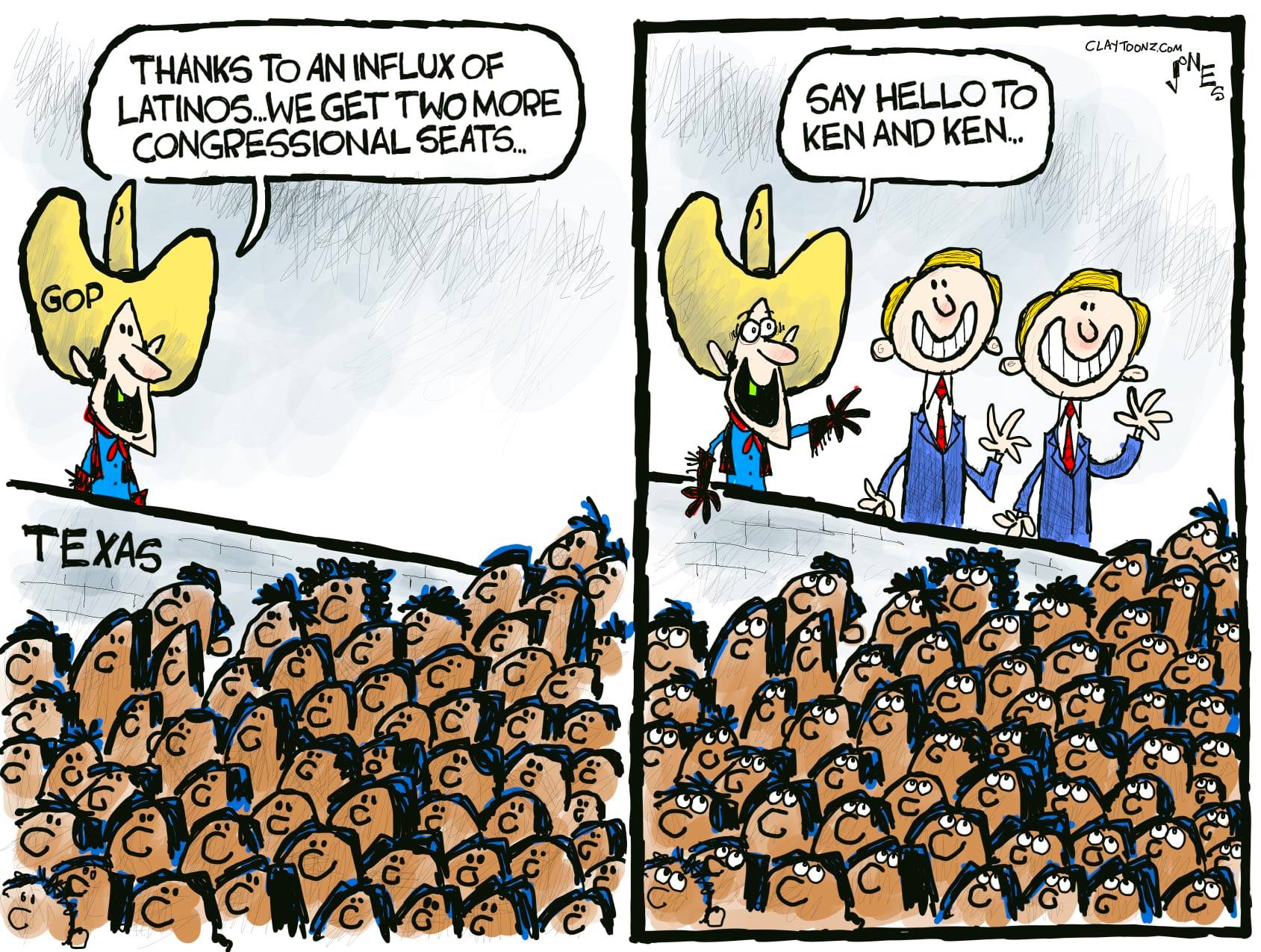 One of our two political parties thinks that elections shouldn’t be the basis for choosing our representatives. That means democracy doesn’t matter to them anymore. They say it’s because there’s too much voter fraud, and no one can trust the result of any election now, anywhere.

So, the Dems think the next step is to change the Senate rules, modifying the filibuster. That would pave the way to pass the Protect the Vote Act. But there’s real danger that when the Republicans inevitably regain the majority, they will change that law to whatever the next Trump-like Republican leader wants voting rights to be. Could it be that Republicans are blocking the bill, not just to deny voting rights to minorities, but to lure the Democrats into changing the filibuster?

The economic ship sails on, and 40 years later, there’s zero thought to changing the message: 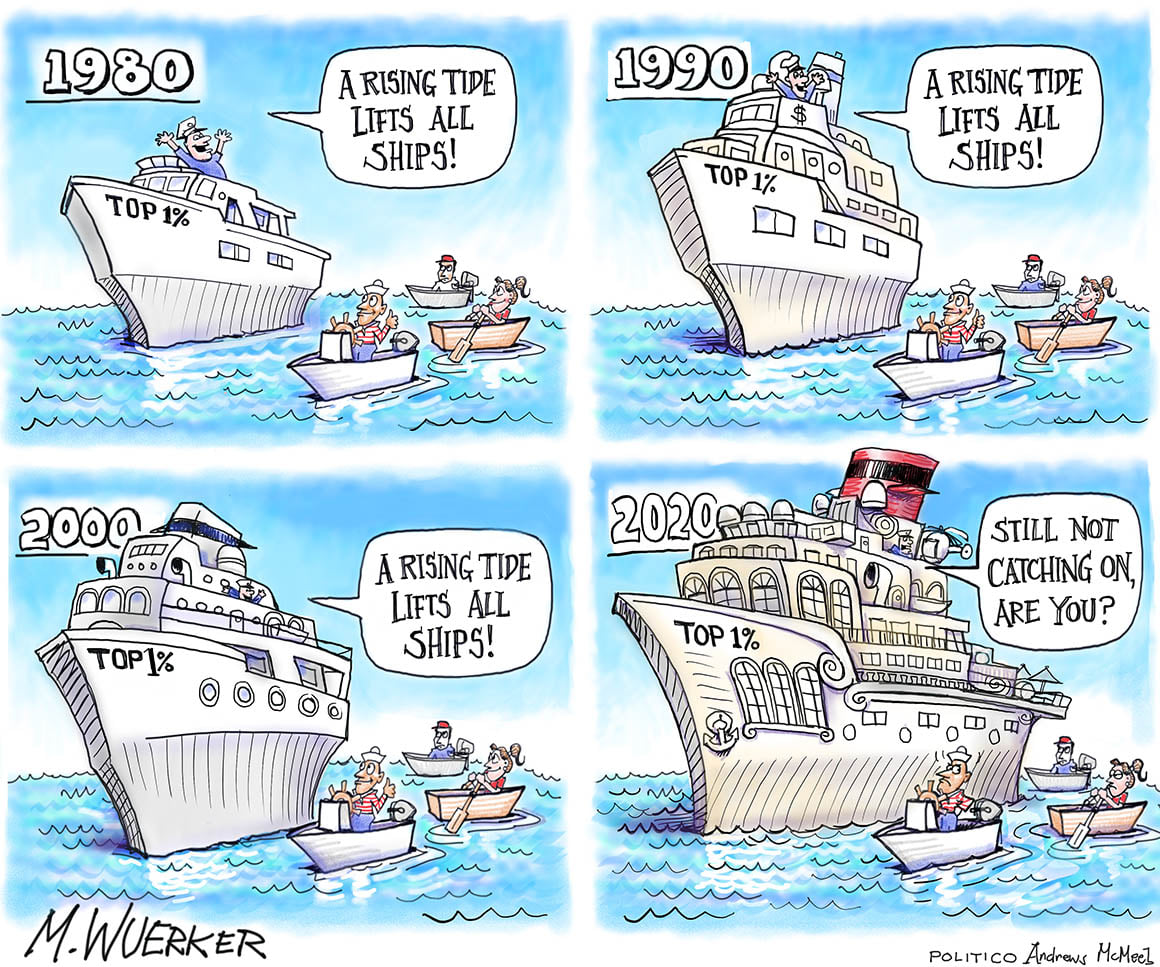 Biden compromises on the social spending bill. Still, it’s not certain to pass: 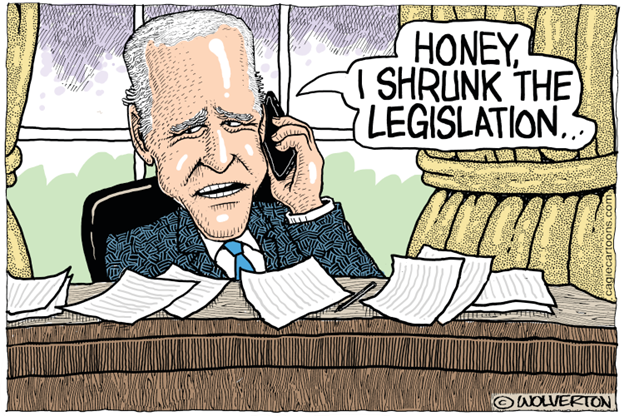 If only there was a solution to our supply chain problems: 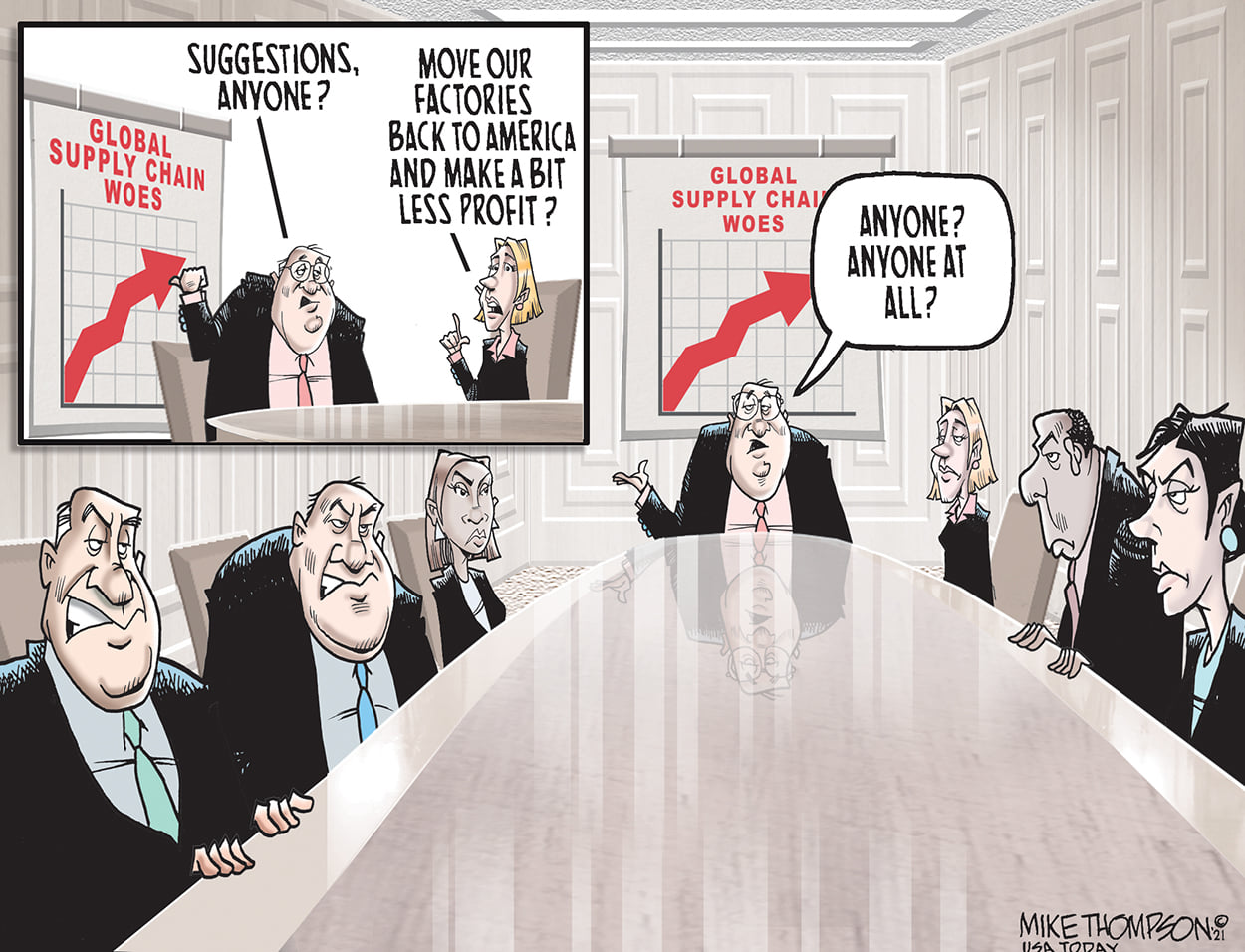