The Rittenhouse verdict is in. The jury has spoken, and in our system, regardless of who agrees or disagrees with it, it’s decided, and we move on.

Whether justice was done by a “not guilty on all counts” verdict is a question that can will never be fully answered, but he WAS found innocent, and there’s no appeal. That says more about us than it says about him. The problem isn’t our laws, either about gun ownership, or self-defense, although Wisconsin’s self-defense law could be better. Not so long ago, we had exactly the same laws and we lived in a (mostly) decent society that wasn’t armed to the teeth.

But we no longer live in that society now. We now live in an angry society where vigilantes are praised. The Republican Party has turned this little son of a bitch into a murderer and then, into their little pet hero.

Rittenhouse is a hero to the entire American Right Wing, which is represented politically by the Republican Party. Doubt that? Consider this tweet from Rep. Anthony Sabatini, Republican representing Florida’s 7th Congressional district:

On to cartoons. The Rittenhouse trial checked all  the boxes: 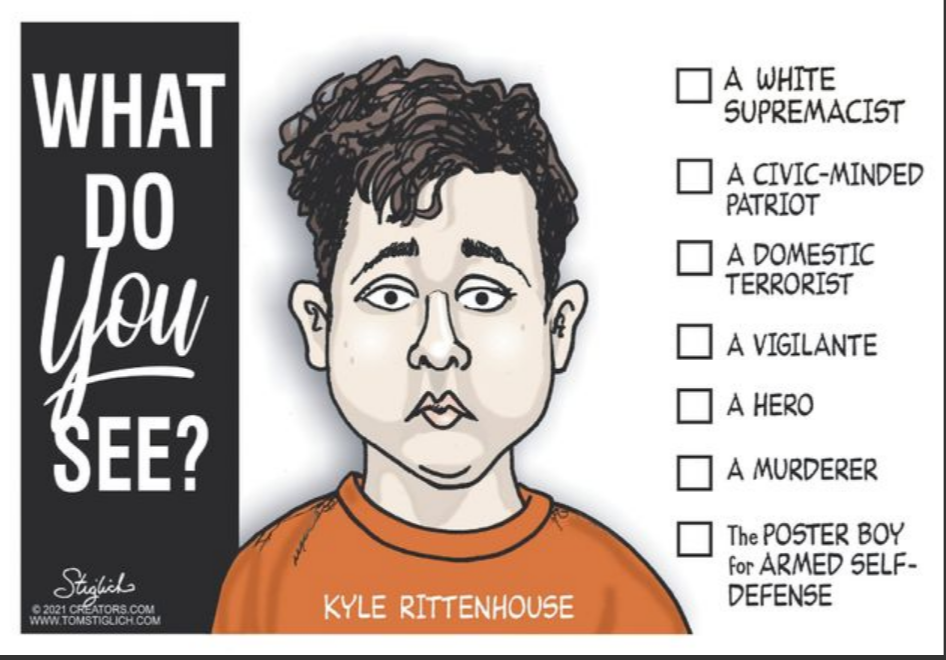 Wrongo heard a pundit on NPR say the Rittenhouse verdict was a win for Constitutional rights. Wrong! It had nothing to do with the Constitution: 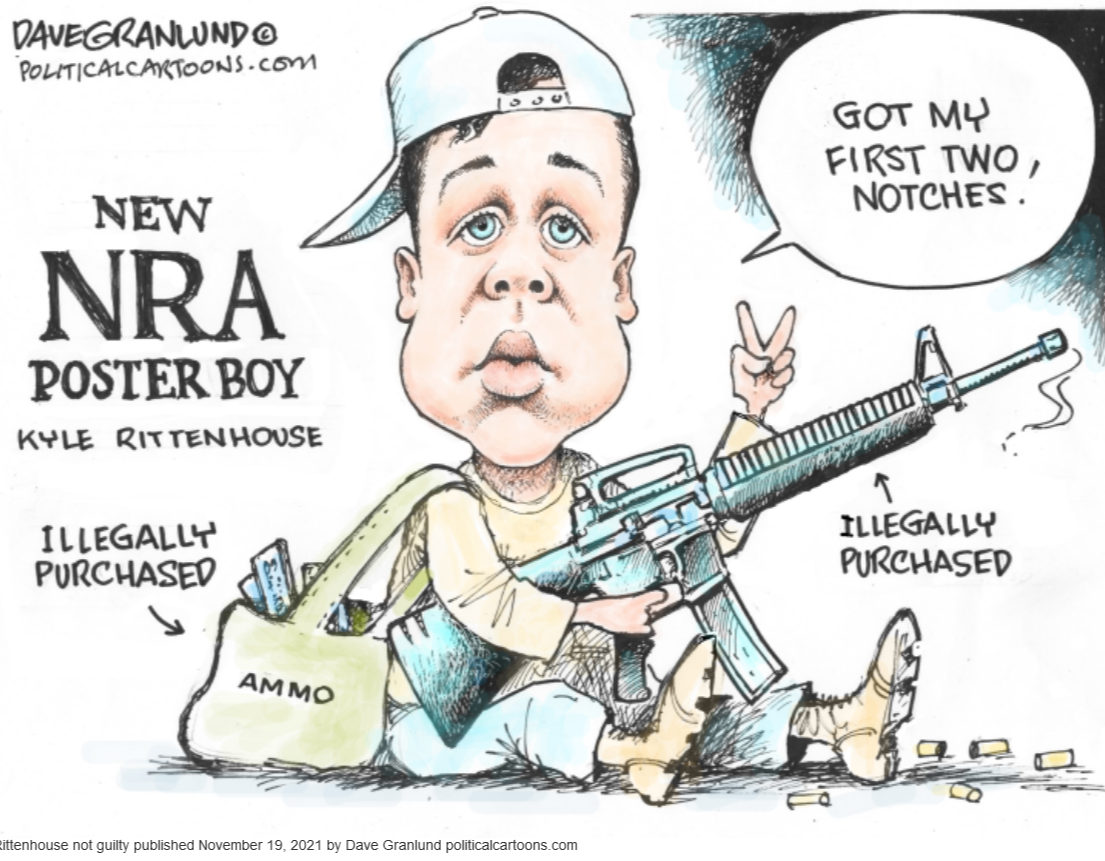 Rep. Gosar’s murder tweet didn’t even register with the elephant: 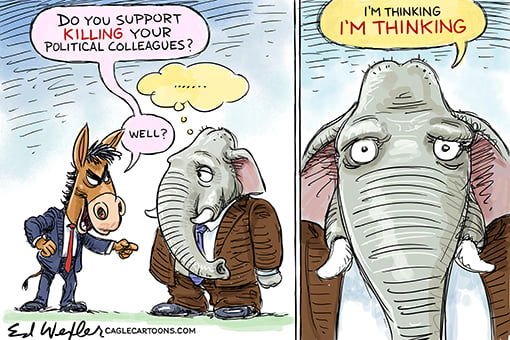 The difference between the Parties: 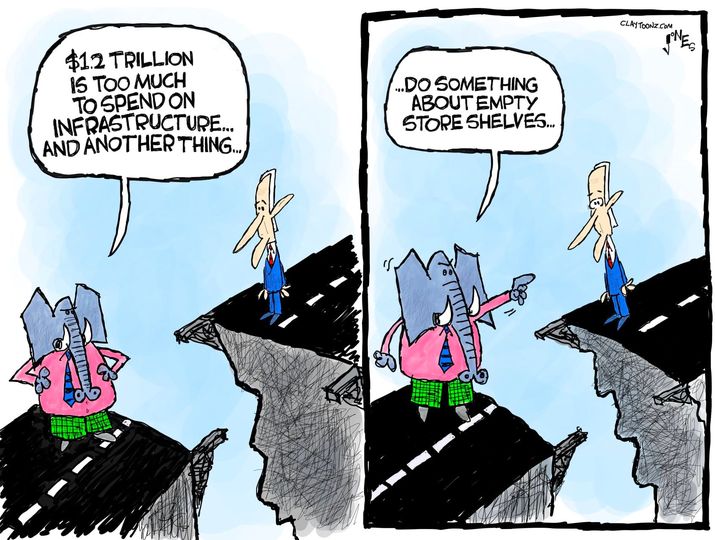 Bannon plans to make his taking of the 5th Amendment a long slimy road: 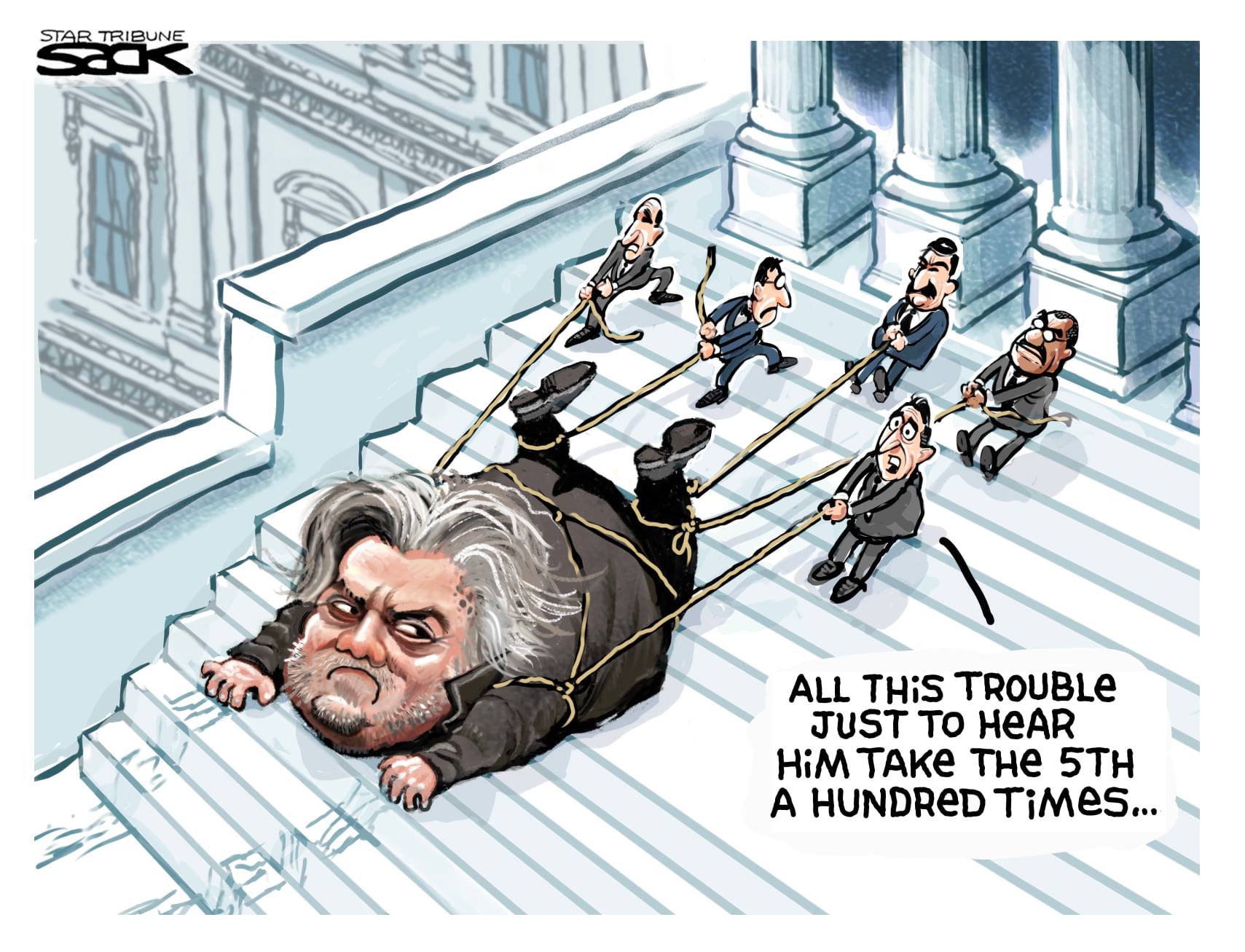 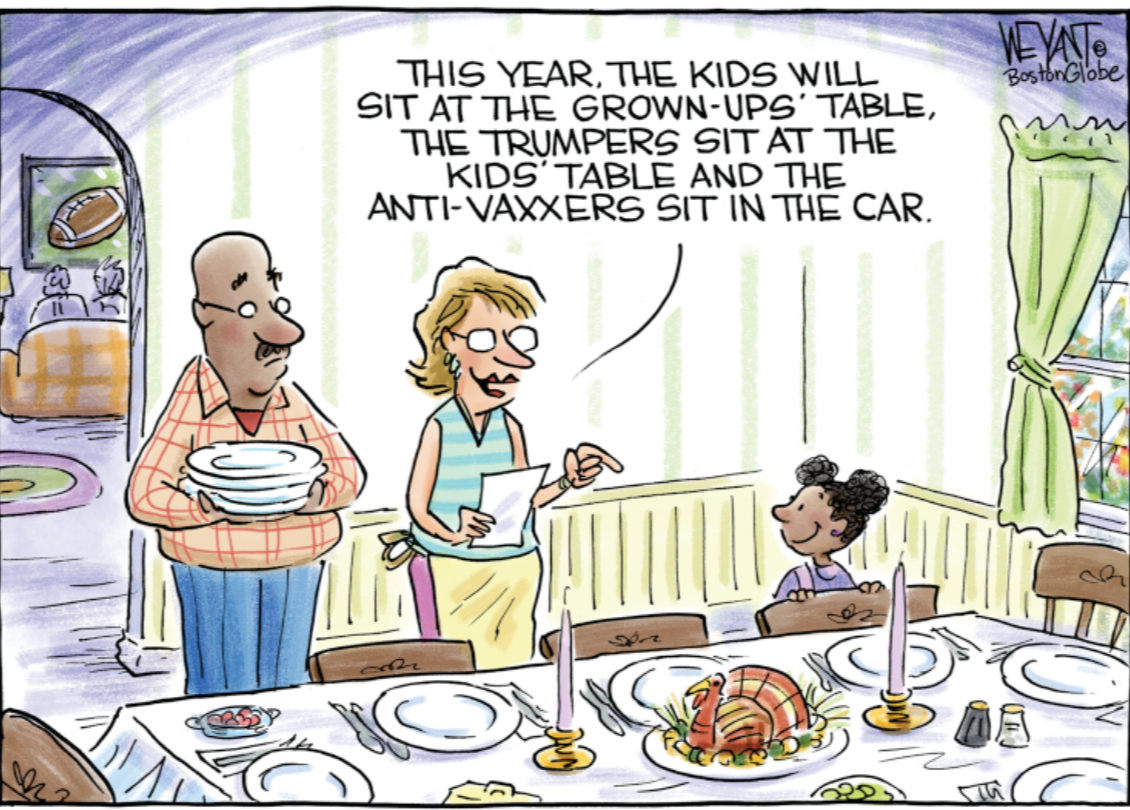 In a sane world, Rittenhouse would be an embarrassment, a chubby little wanna be cop. Compare him to Alexandia Ocasio-Cortez who in high school came in second in the microbiology category of the Intel International Science and Engineering Fair in 2007. Rittenhouse deserved to be better parented and better led by adults. And in a sane world little would be said. Rittenhouse probably would have been acquitted anyway but at many points along the way, the adults should have intervened. I don’t mention AOC because of her politics, but to note that teens can be ambitious in a good way. AOC as a teen was on the way to a fruitful adulthood. Rittenhouse will spend his days getting fat, and wondering why his life went so wrong.

“Not guilty an all counts” logically implies “guilty on some counts” or even “all but one count”.