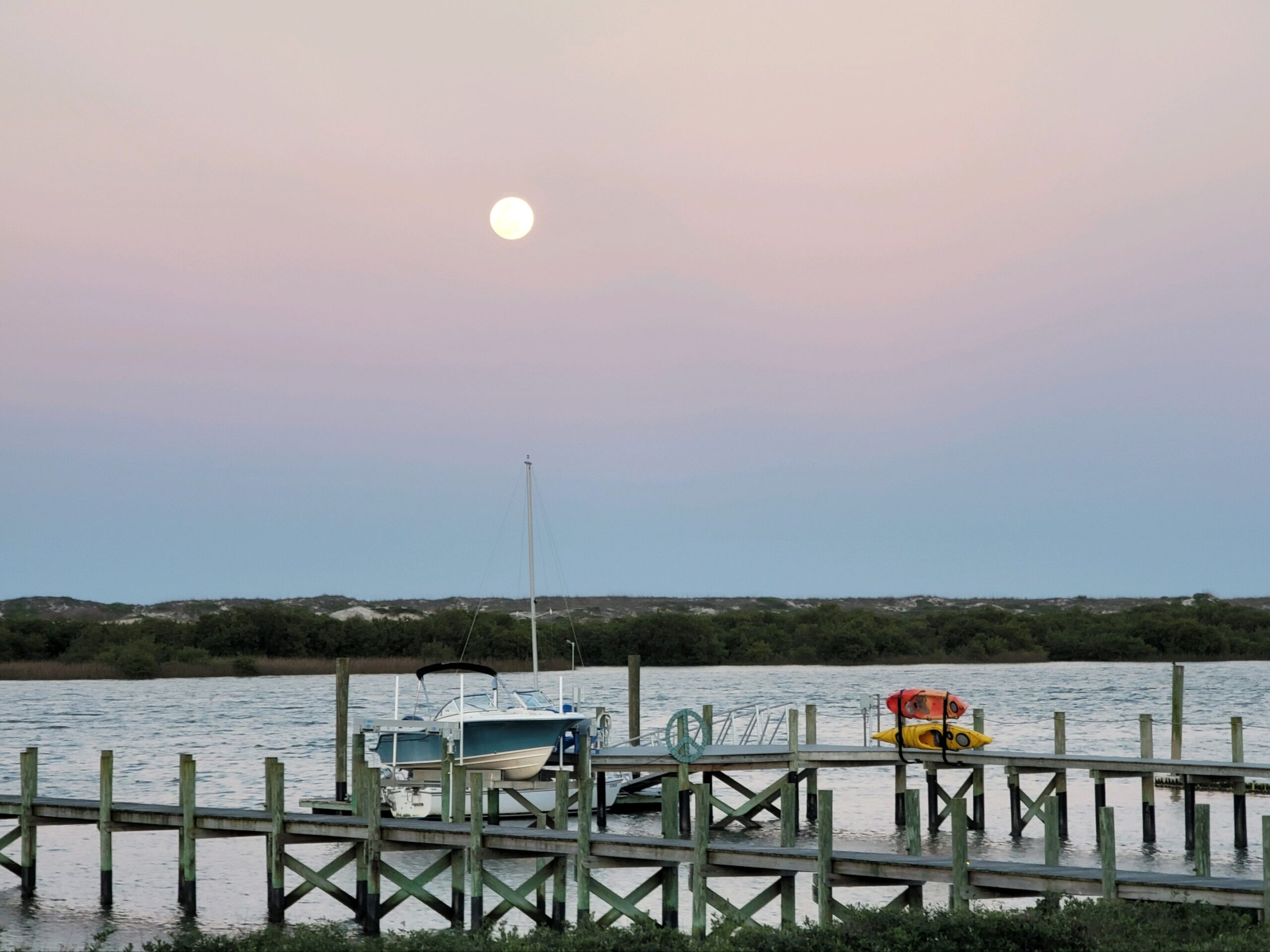 Republicans can’t stop talking about how the murder rate in America has grown. It’s true that the homicide rates are up, although they remain well below their historic highs of the 1990s. There were more than 21,500 murders in 2020, the latest year for which we have data. The national murder rate in 2020 was about 6.5 per 100,000 people, about 40% below what it was in the 1990s.

“We are in the middle of a violent crime wave including soaring rates of homicides and carjackings….Amid all this, the soft-on-crime brigade is squarely in Judge Jackson’s corner.”

Would you be surprised to learn that McConnell’s home state of Kentucky has the third-highest homicide rate per capita in the US? In fact, eight of the 10 states with the highest homicide rates in 2020 voted that year for Trump. The truth is that Red states (those run by Republicans) have a bigger problem with murder than do the Blue states; their murder rate is higher.

Jonathan Capehart says in the WaPo: (emphasis by Wrongo)

“This startling data is revealed in a new report from centrist think tank Third Way. Mississippi leads the way with a 2020 homicide rate of 20.5 per 100,000 residents…the five states with the highest murder rates, all Trump-voting states, had rates at least 240% higher than New York’s murder rate and at least 150% higher than California’s.”

Here’s a chart from the WaPo: 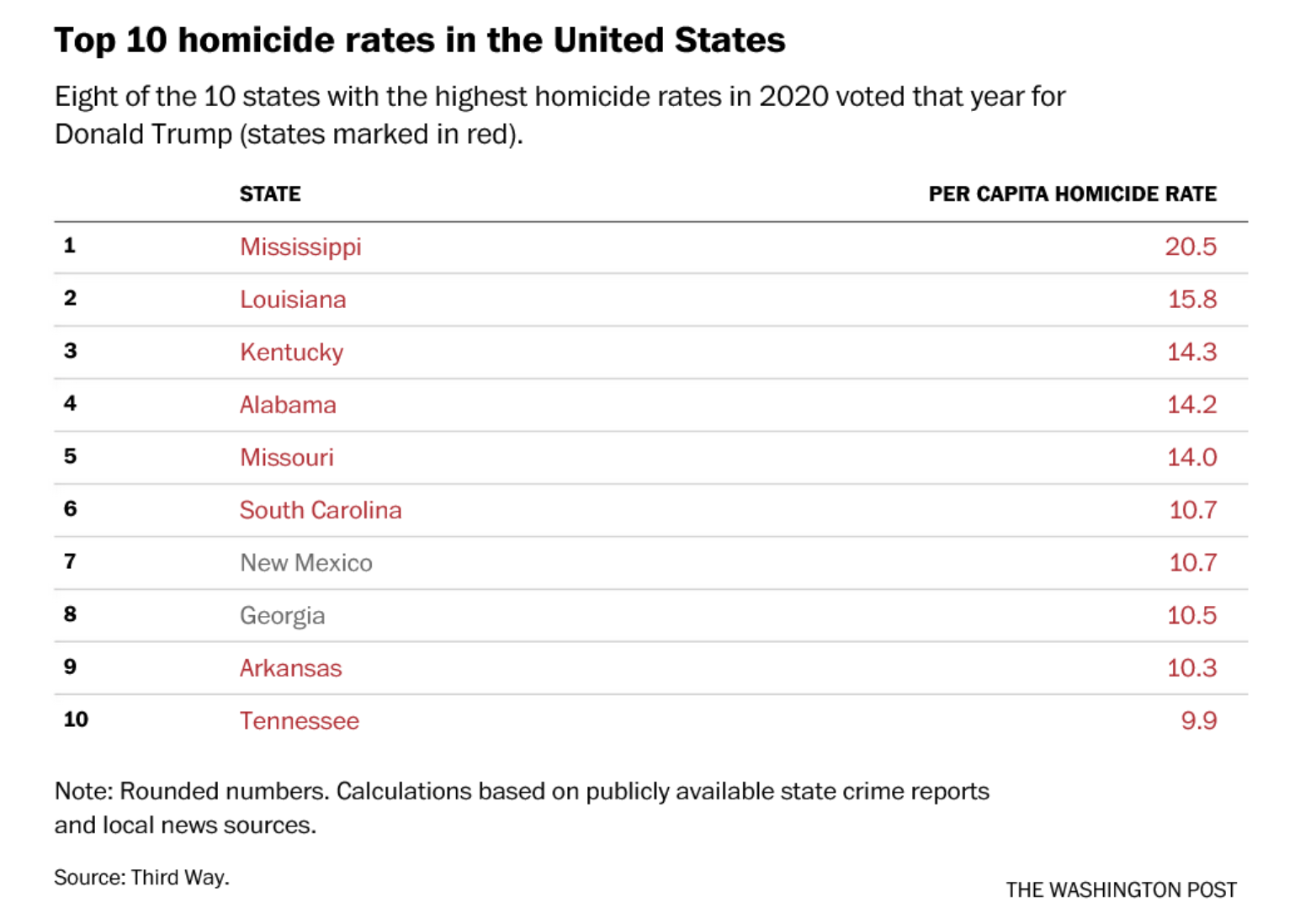 The news was the same. The murder rate in Trump states (8.20/100k) was 40% higher than the 5.78/100k murder rate in Biden states. These facts really hurt the Republican narrative of “crime-is-out-of-control” in cities like Los Angeles, New York City, Chicago, Detroit, Philadelphia, Portland, Baltimore, and Minneapolis, all of which have a bad rap among our Red state friends.

When you dig into the report by city, Jacksonville FL, a city with a Republican mayor, had 128 more murders in 2020 than San Francisco, a city led by a Democrat. Despite having comparable populations, few would say that San Francisco is a safer city than Jacksonville.

The narrative by the Right (and supported by the media) about crime and murder is both convenient and wrong. Many on the Right attribute the homicide increase to Democratic policies, specifically about police reform. The fact is that murder rates are actually higher in Republican states that haven’t even flirted with ideas like defund the police.

The eight of the ten Red states in the top ten are not only Trump-voting states, but they have been bastions of GOP policy for the last 25 years. The true conclusion from the data is that Republicans do a far better job of blaming others for high murder rates than they actually do to reduce murder rates.

Sorry Mitch, the increase in murders is not a liberal cities problem. It’s a national problem.

Truth is our pols are looking for slogan worthy notions not truth, because truth is complicated. And example, the mayor of Paterson and a group of mayors of similar cities made a plea to stop bail reform. He did this because of a spate of homicides. A reporter asked if he had data about offenses from those released on bail and he did not. He said he did not need the data.

We do know that the homicides come from a small number of offenders who live in the poorest parts of town. They appear to be mostly rootless african american and hispanic young men. What to do? A collapsed family structure is not easy to fix. (Paterson is my home town so I retain an interest in Paterson’s affairs).