The WaPo reports that Facebook is allowing marketplace buyers and sellers to violate its ban on gun purchases 10 times before being kicked off the platform. They reported that Facebook’s guidelines also include a five-strikes system for gun sellers and buyers who call for violence or voice support for a “known dangerous organization” before they lose Facebook access.

Five years ago, Facebook banned the private sale of guns on its website but it hasn’t previously explained how the company enforces the ban. Apparently, they really don’t. On to cartoons. 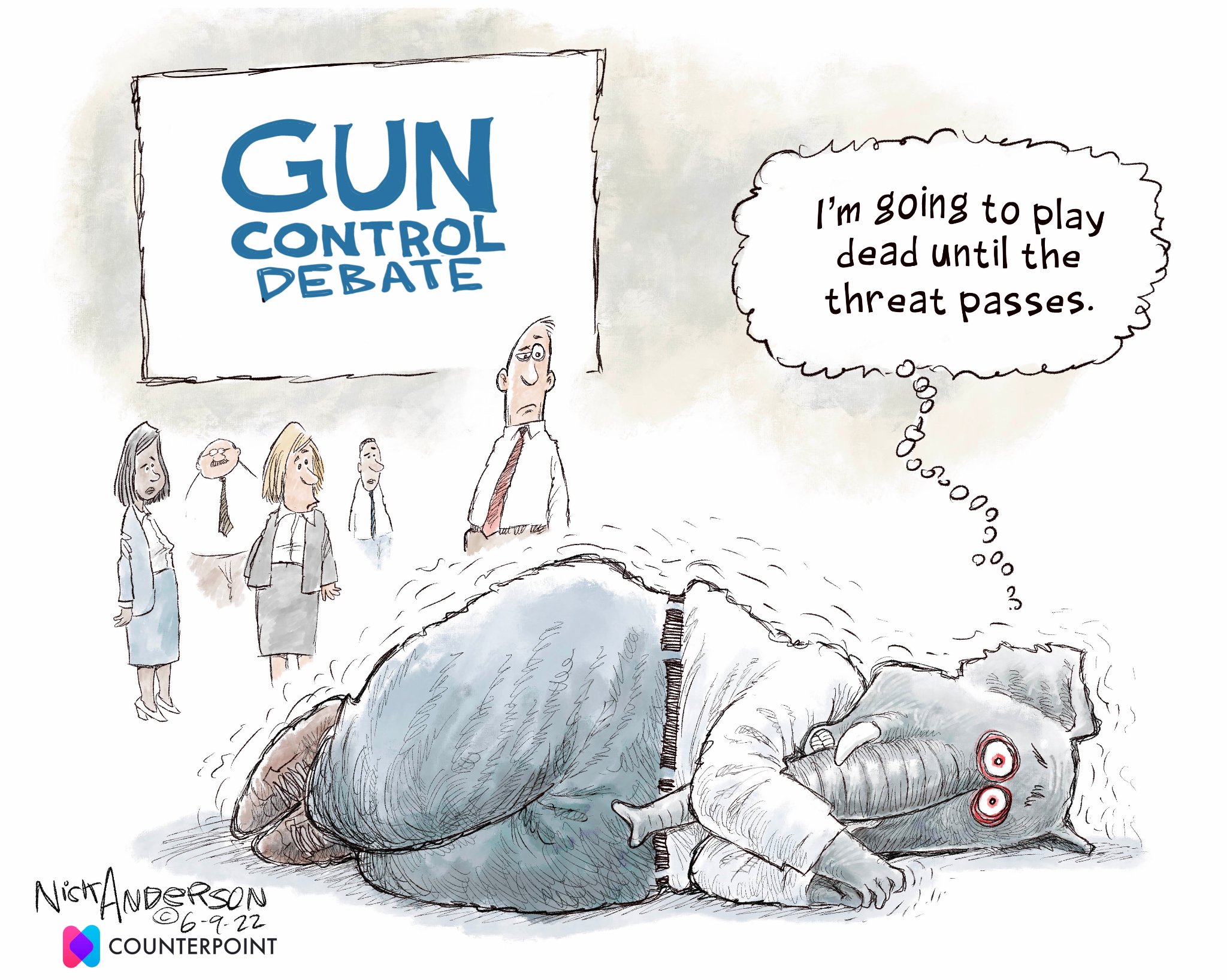 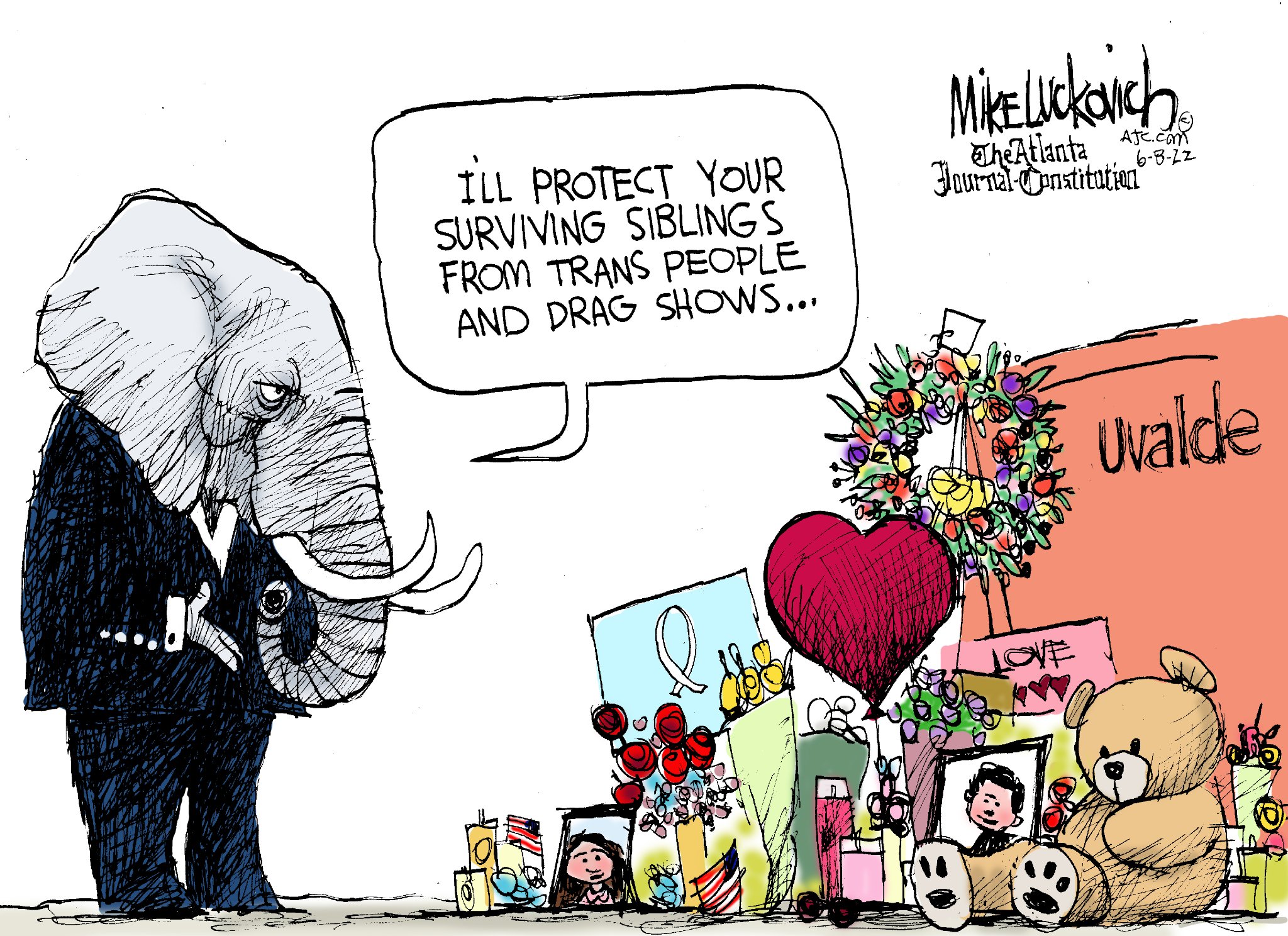 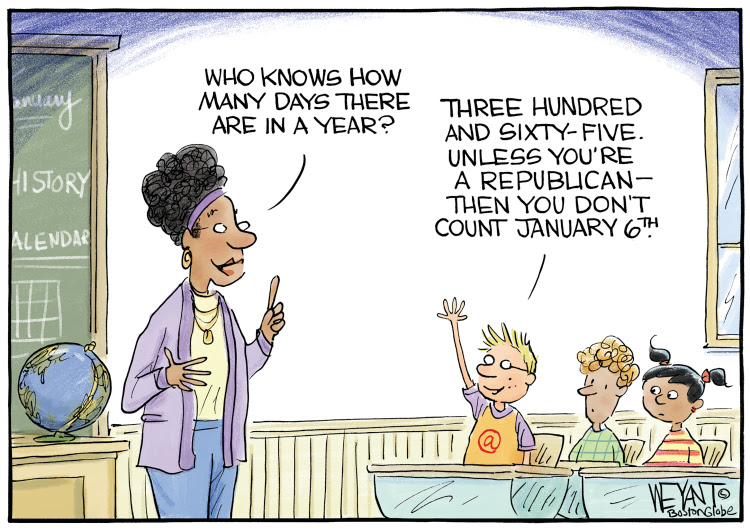 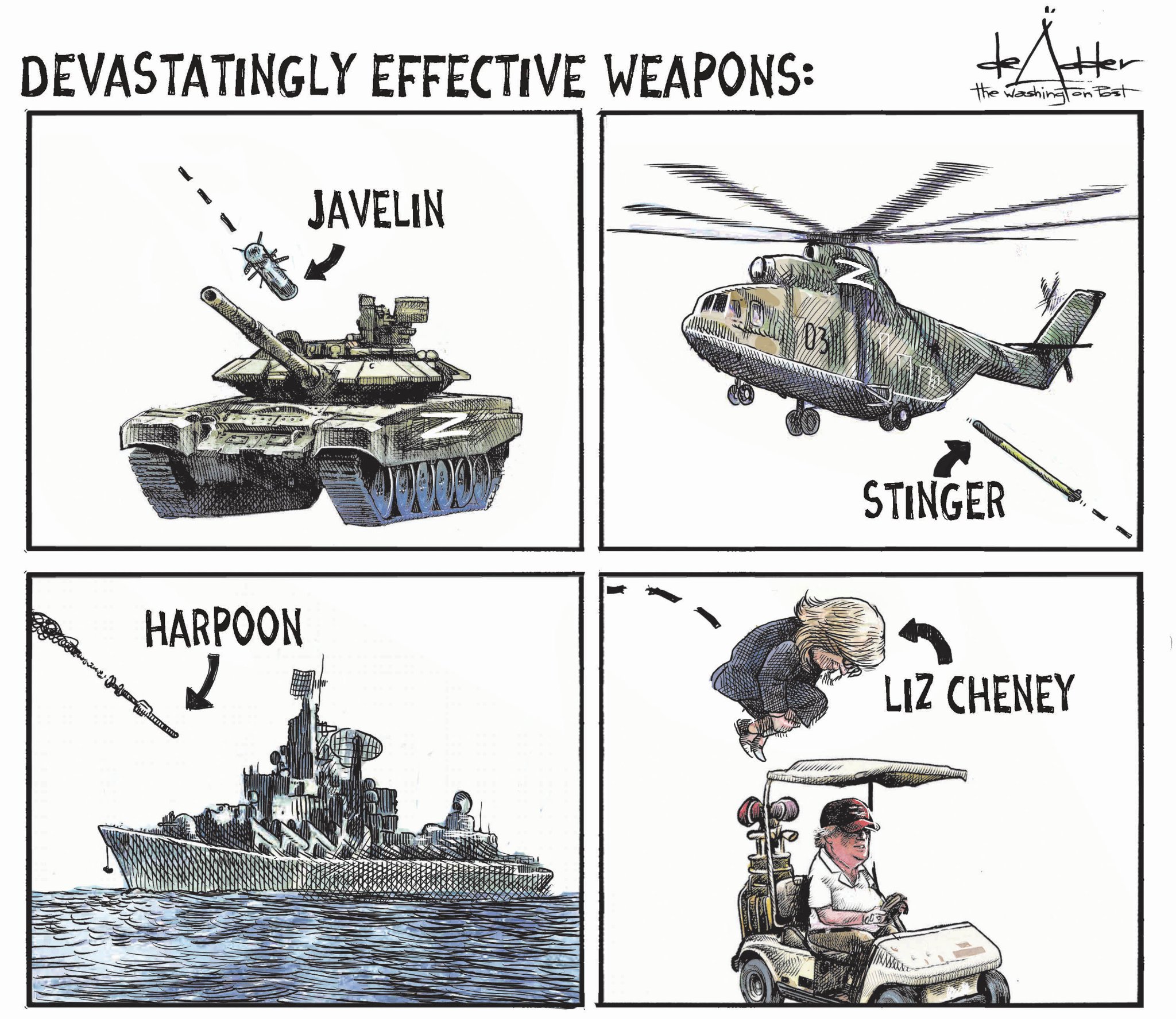 Wrong argument in the wrong court: 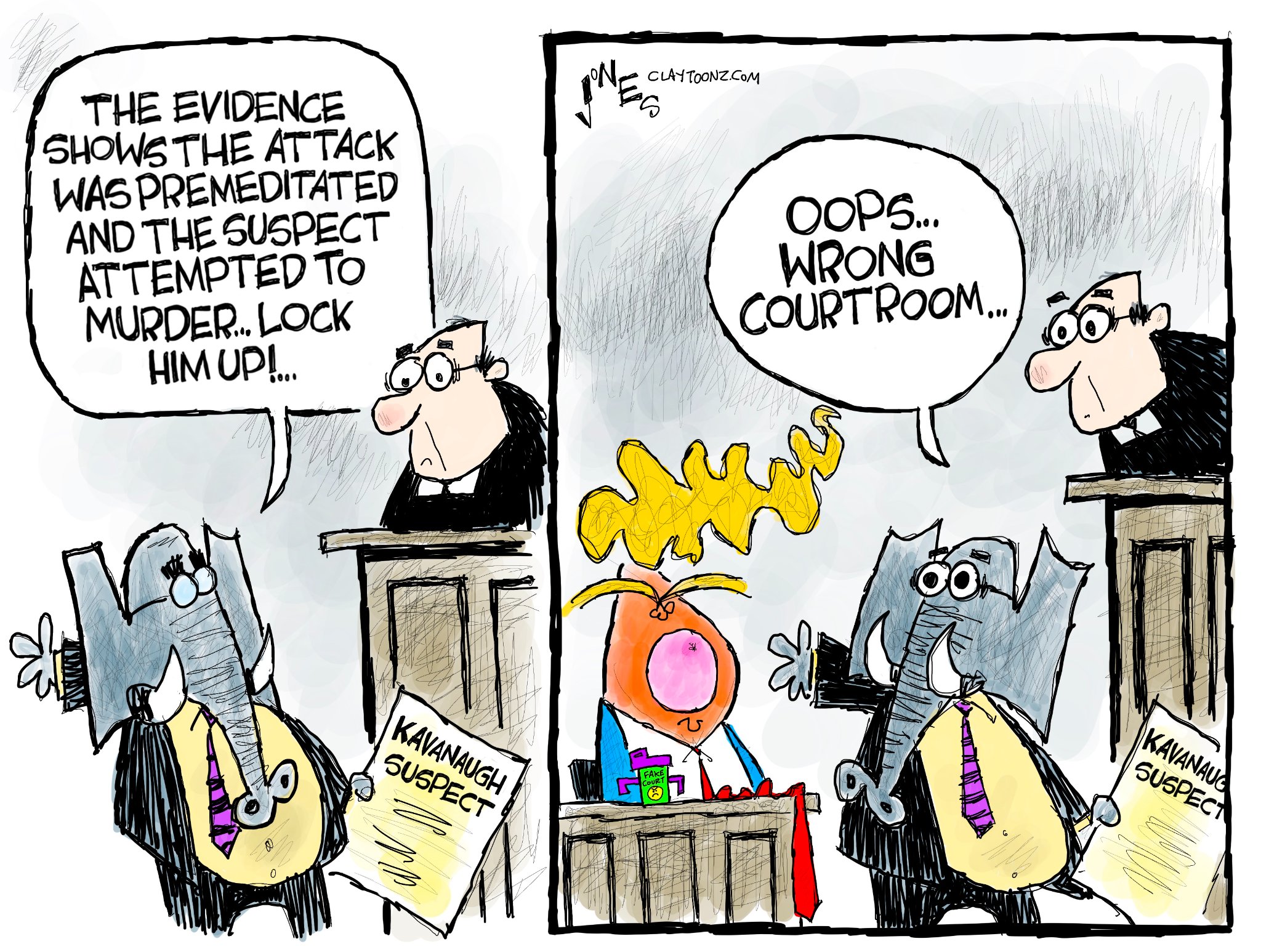 Twisted logic by Republicans who defied the J6 committee: 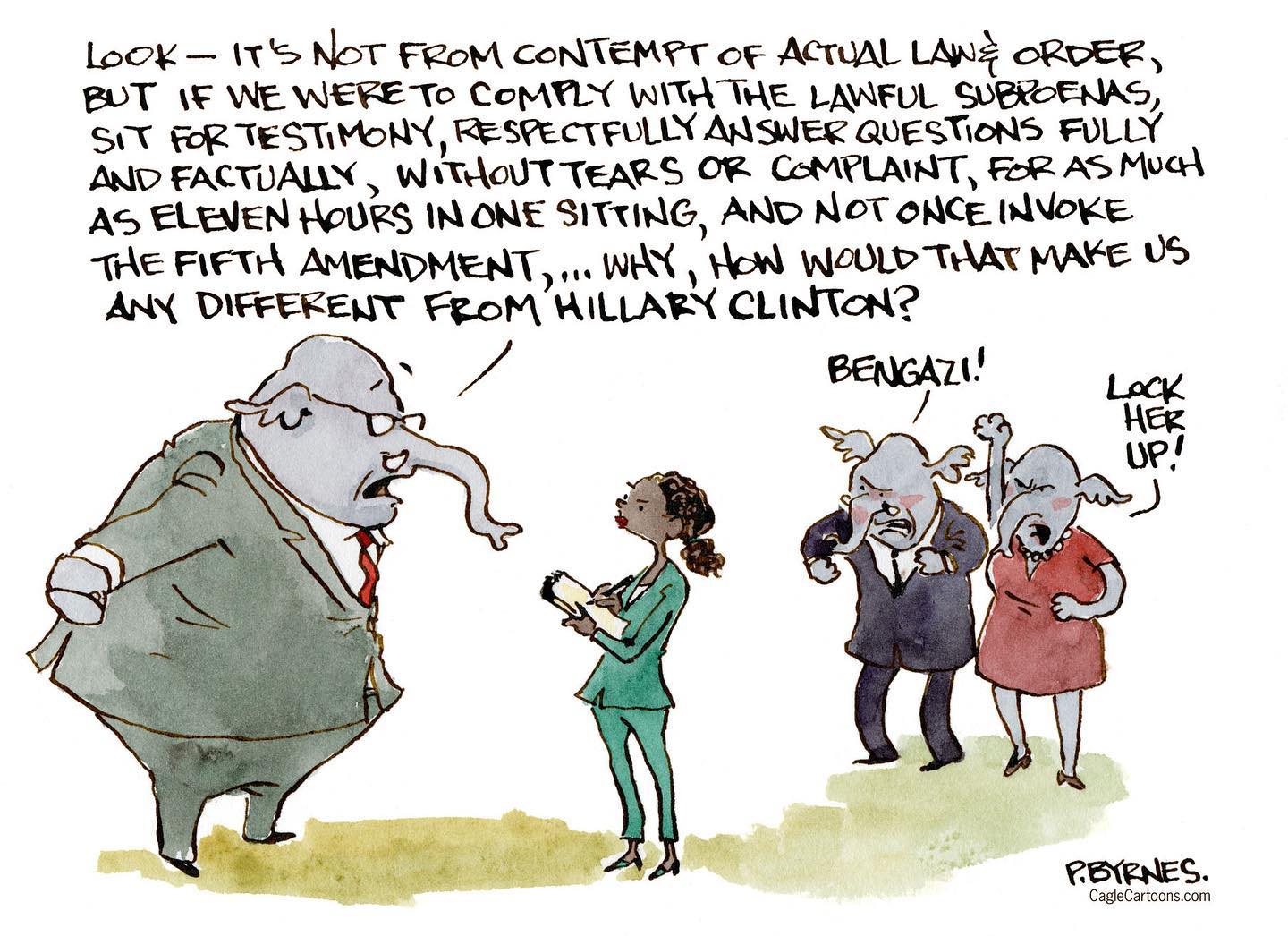 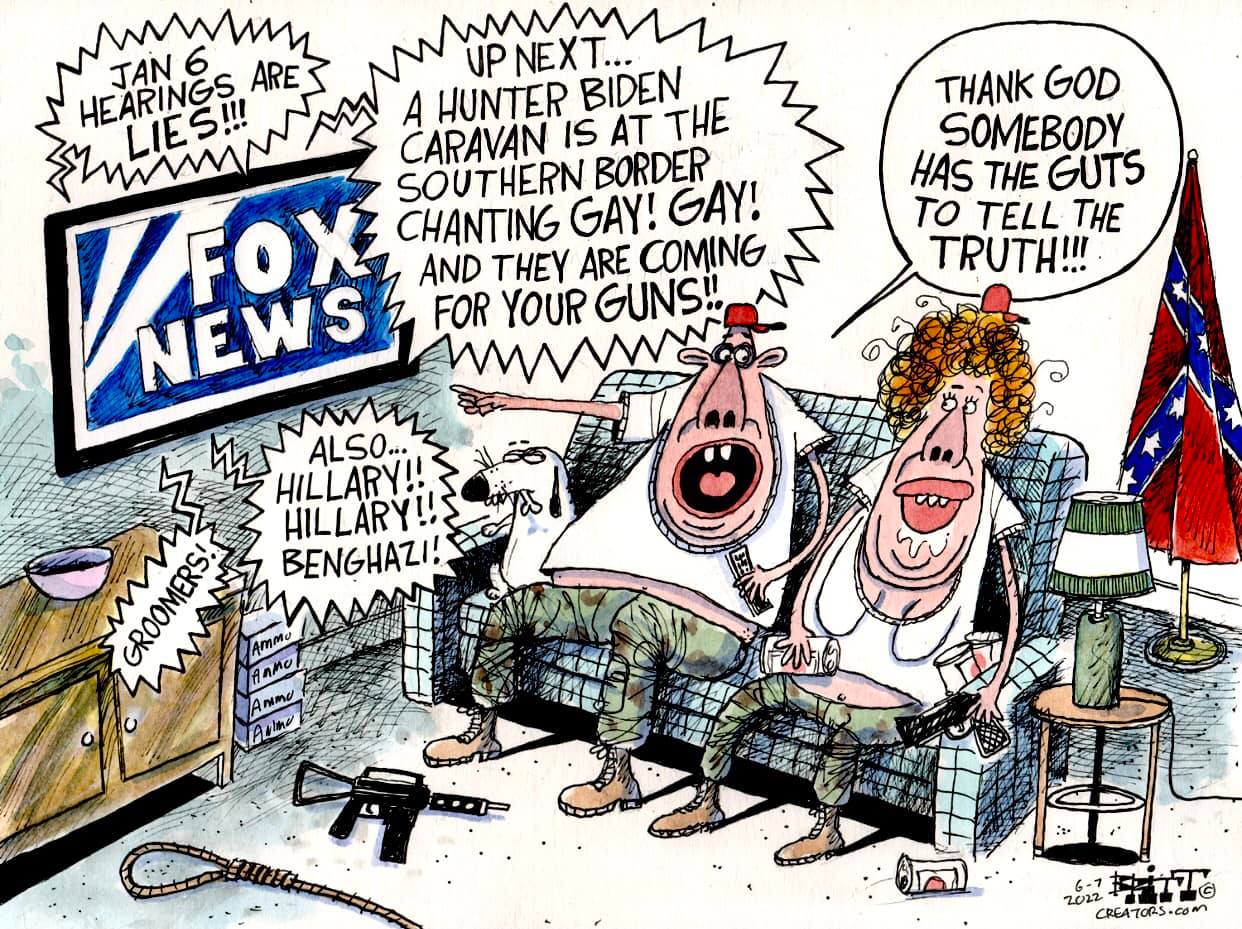