While we were focusing on the midterms, Biden flew to Egypt to appear at the COP27 climate conference where he took a brief victory lap before heading to Cambodia and then to Bali for the G20 summit (which Putin is skipping).

This particular climate conference is largely focused on what, if anything, the industrialized countries owe to poor nations that are suffering climate disasters which they did little to cause. The catch phrase for this is “Climate Reparations”.

It’s hard for America to be a global leader on climate given our internal political issues. We’re always going to be just a few Electoral College votes away from electing a climate denier. So the world can’t count on us. But America will never pay climate reparations. We must at least TRY to get clean water in US cities first.

Even after 157 years, we won’t really consider paying reparations to the descendants of our fellow citizens for the sin of slavery. The political will to pay reparations to brown skinned folks on the other side of the world will never be a majority view in America.

There was both good news and bad news about the 2022 midterms. The good news is that the outcomes were not as catastrophic as predicted. The bad news is that they were bad enough. While all the races aren’t finished and all the votes aren’t counted, we know the Senate will be controlled by the Democrats. It’s likely that the GOP will control the House. Still, it’s very clear there’s a very large segment of American voters who fail to read the writing on the wall about the threat of an authoritarian takeover of American democracy. Even though that writing is in large, blinking neon letters. On to cartoons.

The authoritarians are pensive: 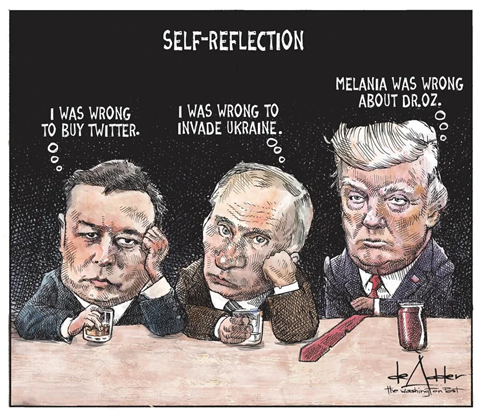 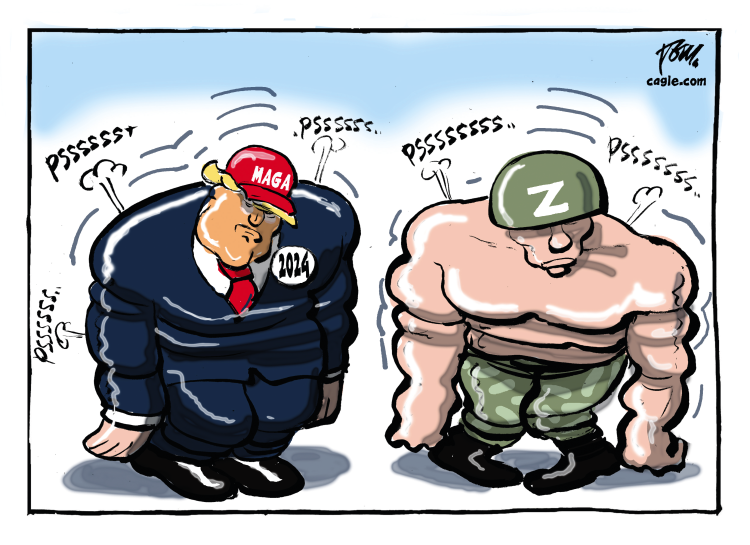 The Georgia runoff doesn’t mean what you think it means: 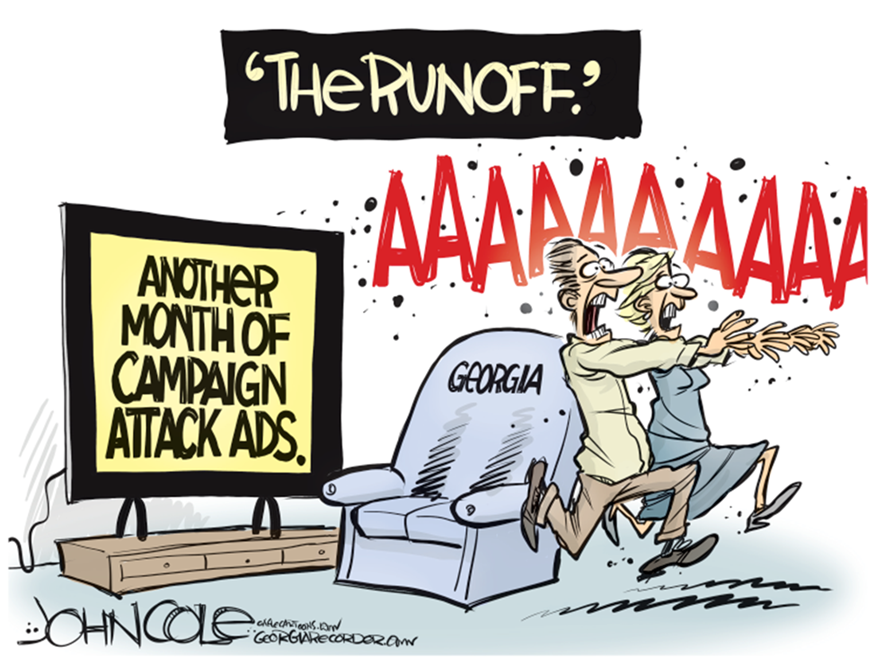 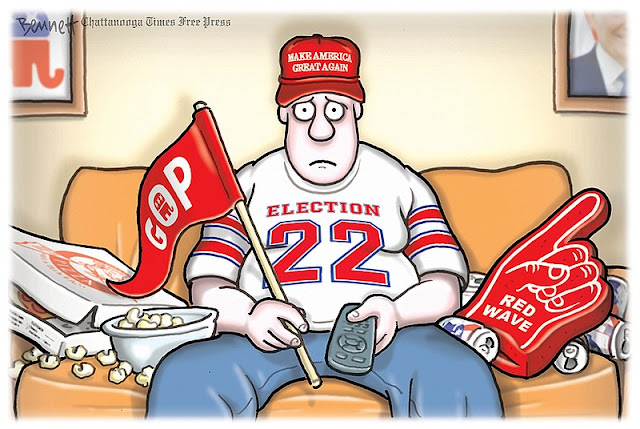 MAGA is still with us: 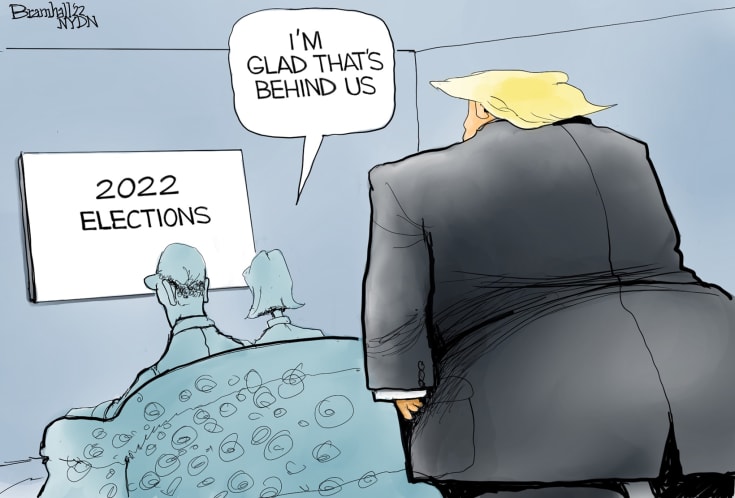