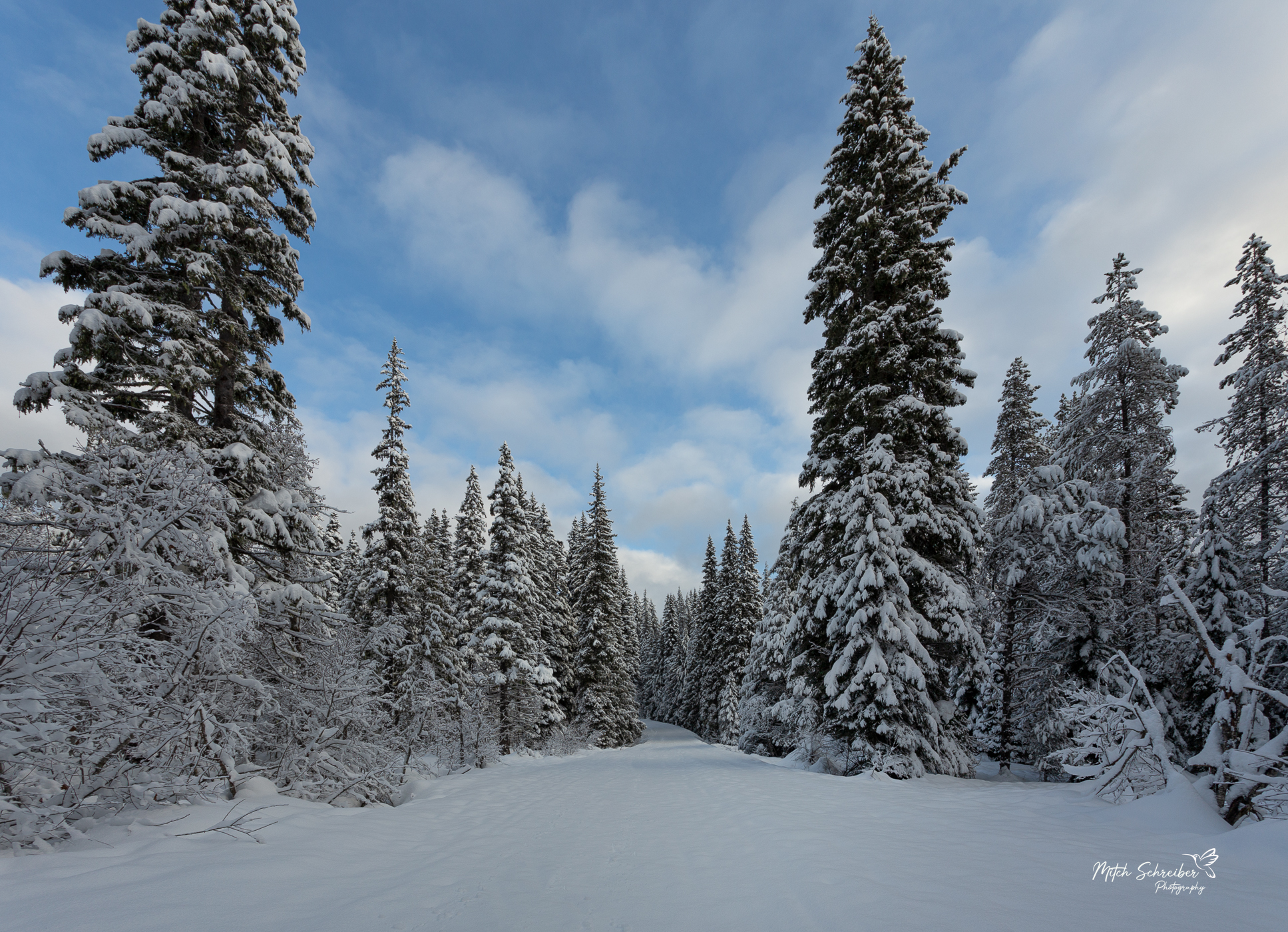 Near Government Camp, OR – January 2023 photo by Mitch Schreiber Photography

Everyone is talking about the national debt and/or about increasing the nation’s debt limit. Congress should increase the debt limit because it’s the right thing to do. But there are many in the “very serious” media who are concerned that the Fed can’t continue to hike interest rates to 5.0% or higher because the government can’t afford to pay such high interest rates on our gargantuan debt.

Some pundits are pushing the idea that the Fed must cut interest rates or else. Or else what? The US government won’t go broke, regardless of how high interest rates rise. 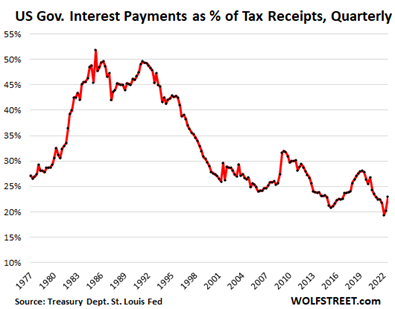 One reason for this was that inflation helped to increase tax receipts thereby lowering the government’s burden for paying interest on our existing debt.

Between the Trump and Biden administrations, the government’s debt spiked by 34%, or by $8 trillion, in the past three years. That additional debt quickly added a lot of interest expense for the government, as we see with the spike above on the chart in 2022. 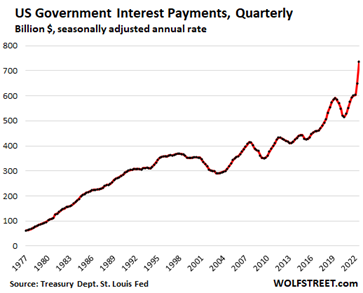 And this scary chart is what the GOP will be presenting as their reason to cut the debt. When you omit the spike in tax receipts and the historically low level of interest expense as a percent of tax receipts, as we saw in the first chart, you’re not presenting the whole picture.

Another way to look at the situation is Government interest payments as percent of nominal GDP. This is a classic measure of the cost of government debt compared to the overall economy. Richter offers us another chart: 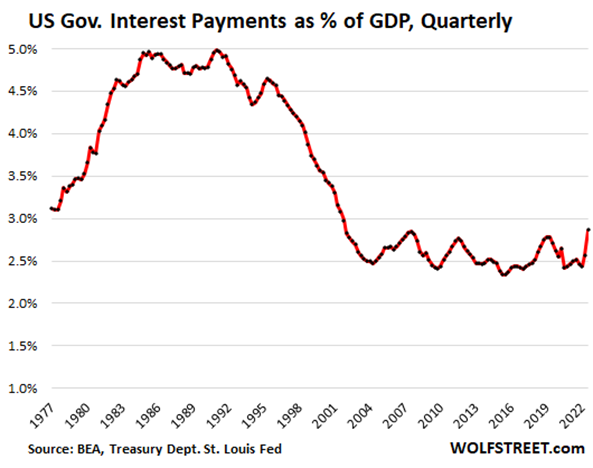 As you can see, by this measure, interest on our national debt remains lower than it was at any time between 1977 and 2003. And it has remained in a narrow band from 2004 to today.

Without question, we should reduce our national debt. But unless and until interest expense on our debt returns to the level of 50% of tax receipts as it was in the 1980s, we shouldn’t expect much to change in Washington. If it starts to get near those highs, maybe we’ll see action by Congress to increase revenues and reduce spending. And despite all the GOP’s screaming, the Federal Reserve is doing the right thing: Hiking interest rates to stem inflation.

Time to wake up, Congress! The Fed is trying to gently nudge you into thinking that the country needs to raise revenues while also cutting expense. You need to consider the revenue side of the equation more seriously, if for no other reason than what will happen to our currently high tax receipts whenever the coming recession strikes.

To help you wake up, listen to the late David Crosby’s song “Laughing” from his first solo album, 1971’s “If Only I Could Remember My Name. Crosby wrote it for the former Beatle George Harrison, who never used it, so Crosby used it instead:

Several legendary musicians appeared on this recording, including Graham Nash and Joni Mitchell on background vocals; Jerry Garcia on pedal steel guitar, and Bill Kreutzmann on drums. Garcia is magical.