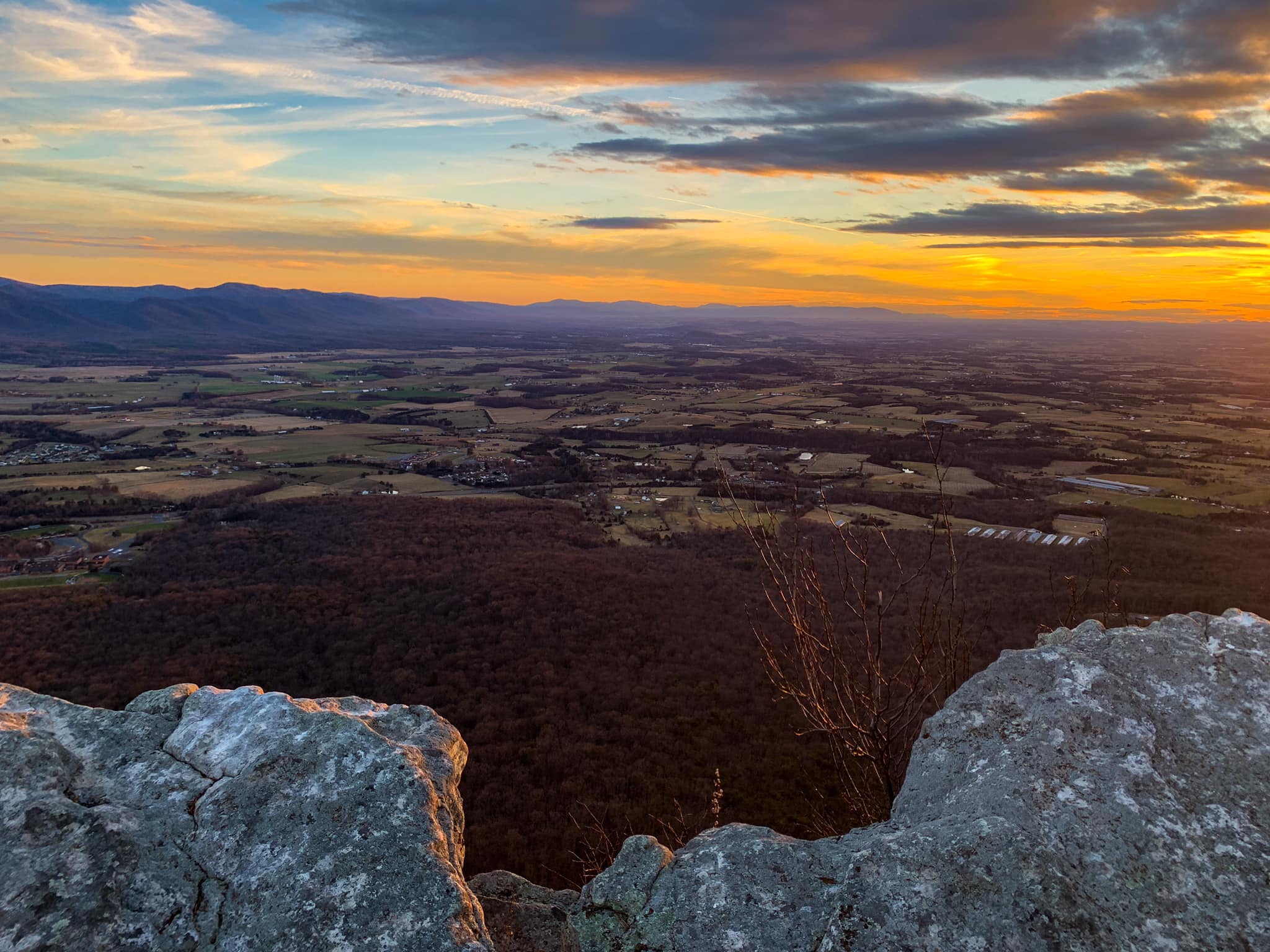 A view from Shenandoah NP near Keezletown, VA – January 1, 2023 photo by One Man’s Outdoor Journey

Wrongo and Ms. Right live far enough out in the country that we have no city water, sewer, or gas lines. But the cooktop in our recently remodeled kitchen runs on propane while our ovens are electric. We have a well and septic. Our hot water is made by propane as well.

So what are we supposed to make of this week’s controversy over the Biden administration’s Consumer Product Safety Commission (CPSC) possibly banning future sales of natural gas stoves and cooktops? The reason for this is that burning gas stoves put their partially burned fuel, including nitrogen dioxide (NO2) in the air, which causes asthma. And older stoves with pilot lights instead of electric igniters also push NO2 into the air.

“Any option is on the table….Products that can’t be made safe can be banned.”

The proposal by the CPSC followed a December study by scientists finding that gas ranges that burn natural gas account for almost 13% of childhood-asthma cases in the US. Advocates have long argued against gas stoves, saying the pollution they emit makes them inferior to other options, such as electric or induction ranges. But the asthma statistic breathed new life into the debate.

OK, Wrongo knows the difference between propane and natural gas, but when he first heard about the debate, it was unclear whether his gas of choice was also a health problem and had to die.

Bloomberg neglected to say that any CPSC regulations, like other proposed state and local-level bans of gas stoves, only applies to new construction. But that didn’t keep Republicans from evoking visions of a 2023 filled with government agents busting down doors and ripping out stoves. That tentative regulation conversation about how to best mitigate the health hazards of gas stoves morphed into a Right Wing campaign to convince Real Americans that the Government is coming for their gas stoves:

“If the maniacs in the White House come for my stove, they can pry it from my cold dead hands,”

“Democrats are coming for your kitchen appliances,”

God, Guns, and Gas stoves! All because one appointee in the administration discussed it. But this controversy isn’t about facts; like always, it’s about feelings. Over 30 years ago, the Clean Energy Act was easily renewed on a bipartisan basis. Since then, the environment has become part of the culture wars.

The reflex to position gas stoves as the last redoubt of traditional American life threatened by big government, is just stereotypical of the American Right wing. It’s difficult to see the fight about gas stoves as something that will move the needle since gas is far more common in cities and blue states. So, let the Republicans keep on cooking up the outrage du jour. It’s doubtful that the voters will be eating it up.

Remember their past freak-outs, like when former Rep. Michele Bachmann tried to build a political career around preserving incandescent light bulbs? Another useless freak-out.

In retrospect, it’s honestly shocking we were able in 1975 to ban leaded gasoline in America, although there were lots of dissenters at the time. And now, since we’ve gotten all their guns, it only makes sense that Democrats go after their gas stoves.

Let’s leave these partisan debates in the kitchen where they belong and embrace our Saturday Soother, that special time when we stop thinking about Biden’s secret document stash, or why Jim Jordan dresses like a gym teacher, and spend a few minutes contemplating nearly nothing.

Start by brewing up a big mug of Wilton Benitez Orange Bourbon ($19.00/8 oz.) from Wisconsin’s JBC Coffee Roasters. Apparently the coffee cherries for this variant turn orange when they ripen rather than the typical red and tend to be even more fruity than their red counterparts. The roaster says it is super creamy with flavors of candied ginger, pineapple, and cream soda.

Now grab a seat by a south-facing window to watch and listen to “Fandango” from the Guitar Quintet in D-major, G.448 by Boccherini, performed live in 2015 at the Schubertiade in Hohenems, Austria. Boccherini was an Italian composer and cellist who died in 1805. A fandango is a Spanish dance:

As an asthmatic and someone who was raised with a gas stove, I think this issue shows both an overreaction on the right but a really tone deafness from the CPSC. Do these folks ever consider how this will sound? How it can easily be manipulated? I also know that asthma has lots of possible causes such that if you have an asthmatic child, the recommendation is to remove rugs and drapes.

I wanted to say more about Democrats and marketing. And in this case, I want to use the case of gender theory. So the academic community and much of the liberal establishment has gone all in for what is a very poorly thought out gender theory. So we now hear bizarre language like pregnant person (instead of woman) and even more the pretense that someone like Caitlyn Jenner is…. glamorous.

I have worked with medical records and even autopsies (in death claims). Seen the pictures after a suicide and so on. I can imagine if Caitlyn were in a plane crash with many deaths, the medical examiner encountering Caitlyn’s body – let’s say with soft tissue burned, would guess male.

None of this is to say that a person cannot dress as they please or bed anyone they wish (adults of course) but if one were trying to be precise, we would have men, women and at best trans men and women. And of course there are biological anomalies – so what look like women but they have male chromosomes (Swyer syndrome) – but these anomalies do not explain or support gender theory.

Anyway those in government ought to market test matters that will be disruptive. If they don’t they end up creating yet one more issue that only makes government look foolish.