When Wrongo saw the headline in the NYT that Deputy AG Rod Rosenstein suggested that he should secretly record President Trump to expose the chaos consuming the administration, he had difficulty believing it.

This is from the NYT’s article:

Several people described the episodes, insisting on anonymity to discuss internal deliberations. The people were briefed either on the events themselves or on memos written by F.B.I. officials, including Andrew G. McCabe, then the acting bureau director, that documented Mr. Rosenstein’s actions and comments.

So, no first-hand witnesses. Rosenstein disputed the NYT account:

The New York Times’s story is inaccurate and factually incorrect….I will not further comment on a story based on anonymous sources who are obviously biased against the department and are advancing their own personal agenda. But let me be clear about this: Based on my personal dealings with the president, there is no basis to invoke the 25th Amendment.

Turns out, Wrongo’s skepticism about the NYT was well placed. According to Marcy Wheeler, (who you all should read): (emphasis by Wrongo)

Not a single one of these people…was actually a witness to the episodes. Indeed, by description, none of them have even read the memos memorializing the events directly, but have instead simply been briefed secondhand.

So, where did the information come from? Wheeler quotes Andrew McCabe’s attorney, Michael Bromwich, about how the NYT might have gotten the memos. They were turned over to the Mueller investigation, but:

A set of those memos remained at the F.B.I. at the time of his departure in late January 2018…

The insinuation is clear: Somebody wants to set off the President. Someone at the FBI took McCabe’s memos and read them to people who could then leak them to the NYT. This is the NYT using third-hand sources to start another Saturday Night Massacre. Maybe it’s worth noting here that McCabe was fired for unauthorized disclosures to the news media.

Trump is desperate to release documents that will discredit the Mueller investigation. His effort to declassify a raft of documents has been sidelined this week by his administration. Now, out of the blue comes this helpful accusation against Rosenstein. As Wrongo predicted here, the Trump administration has wanted to make a move to fire Rosenstein, and now they have their excuse.

Trump needs to be careful. If he supports the use of McCabe’s contemporaneous notes to fire Rosenstein, then he can’t easily dismiss Comey’s notes on his meeting with Trump.

It looks like the NYT article was a leak from the White House. It’s time for The Times to think about firing the reporters and the editors who approved the article. On to cartoons!

THIS captures the week, month, and year: 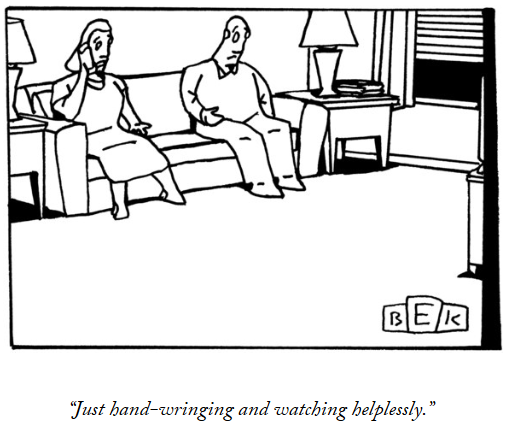 Men, blaming women for men’s bad behavior since the Garden of Eden: 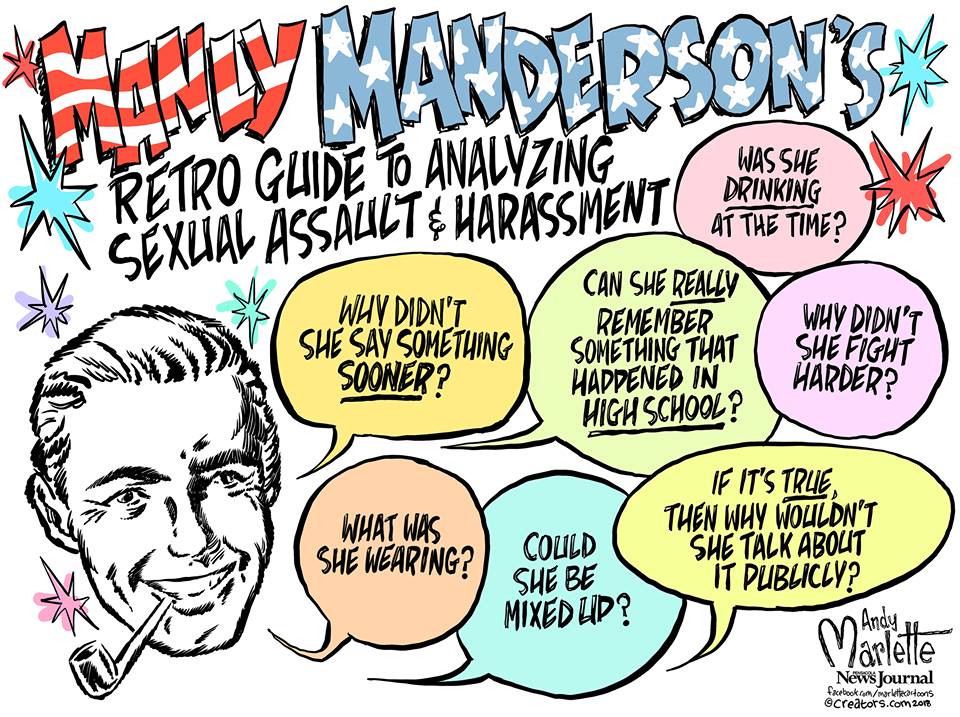 What the Judiciary Committee will do with witnesses: 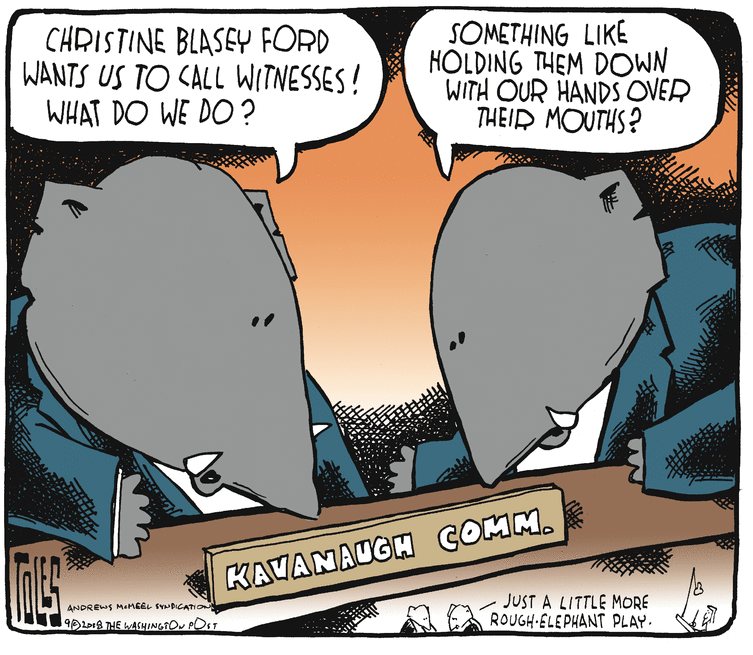 More on the Judiciary Committee’s process of determining truth: 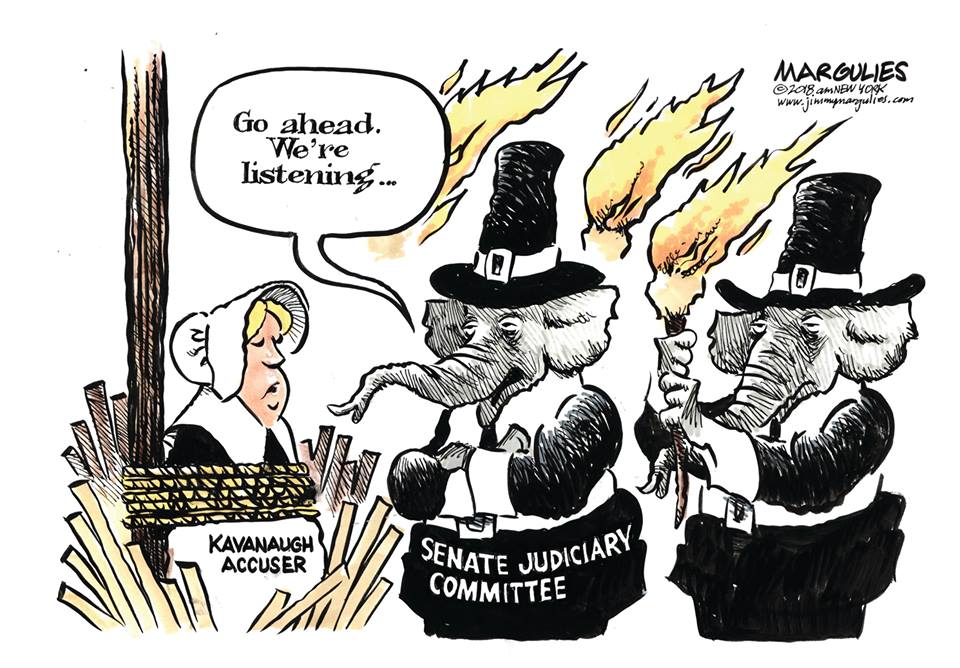 Mitch says that the GOP is pressing on: 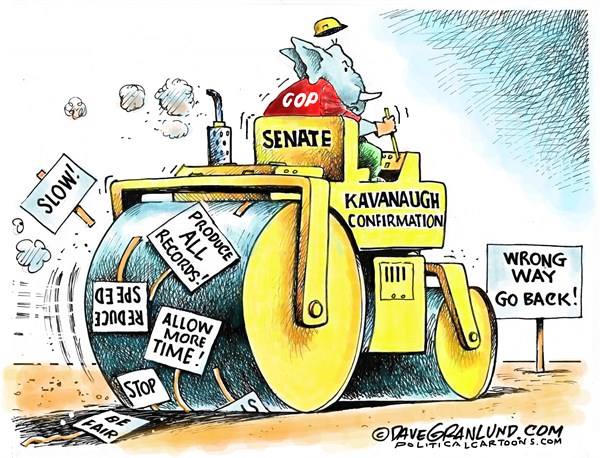 The big double standard in DC: 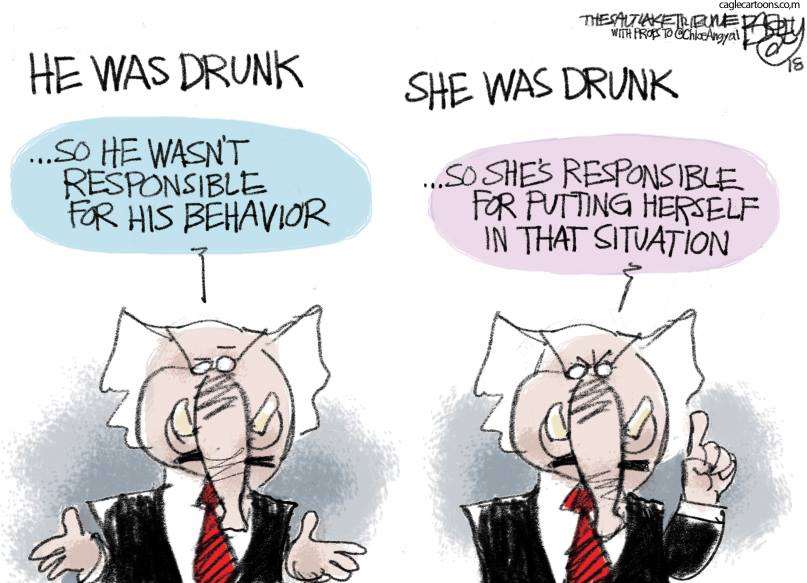